Hass and Pinsky Sail to Byzantium 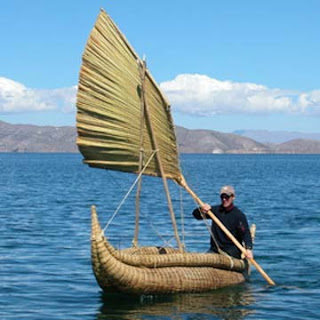 Wake up, dammit! It's a beautiful Sunday! The sun shining, the birds singing, with many a youth and many a maid dancing in the chequered shade, etc. Oh, and the latest Notre Dame Review has just landed with a thud on your Norman Rockwellesque porch, so slide those slippers on, make sure your bathrobe is done up (I'm talking to you, Josh) and for the love of Mike get yourself out there to scoop it up! I mean, it's got Devin Johnston, it's got W.S. Merwin, it's got Stephanie Strickland, John Kinsella, Ray DiPalma, Renée E. D'Aoust and many more. And sullying a spread near the back is an essay by your present humble blogger, a double-barrelled review of Robert Hass' Time and Materials and Robert Pinsky's Gulf Music.

Back when I was putting the review together, I realized I'd been reading these two poets, one way or another, for twenty years. Which flipped my still-not-too-thinned-out wig, people. Flipped it. Time's winged chariot, it seems, tears on up next to me on the expressway and looks like it might just start trying to edge me onto the shoulder. But as I fretted about the inevitable Archambaldian aging, I realized it must be much worse for the two laureled Roberts, Pinsky and Hass: not only do they have a few decades on me, they're part of the baby-boom crowd hooked on the notion of their eternal youth. So age became the hook for the piece. It's called "Hass and Pinsky Sail to Byzantium," and it goes like this:

How to be an old poet? We live on the precipice of a great age of older poets, writes Roger Gilbert in the Michigan Quarterly Review, with an unprecedented number of American poets still going strong as they approach, or pass, their eightieth birthdays: Maxine Kumin, Robert Bly, John Ashbery, Galway Kinnell, W. S. Merwin, Donald Hall, Philip Levine, John Hollander, Richard Howard, Adrienne Rich, Gary Snyder — one could of course go on. One imagines each of these éminences grises has found his or her own answer to the question of how to be an old poet, and plotted out a route over the mackerel-crowded seas to Yeats’ Byzantium of ageless art. But what about the baby boomers, members of that rapidly getting-on generation hooked on the notion of youth? What, especially, about those poets whose careers began with a bang of youthful notoriety, rather than the now-typical whimper of post-MFA chapbooks and blog posts? The appearance of new books by Robert Pinsky and Robert Hass gives occasion to reflect on how the poetic wunderkinds of the early baby boom navigate waters.

It is perhaps unsurprising that Pinsky and Hass have sailed on parallel routes into what, with some slight euphemism, we might call poetic maturity. Their careers have, after all, followed remarkably similar routes since they attended graduate school together at Stanford in the sixties: each chose an academic career, each was picked up early by a major press, each has filled his trophy case with as impressive an array of prizes and awards as one could hope for, each has published good literary criticism as well as poetry, each has served multiple terms as Poet Laureate. Now, as the two poets push seventy, they have found similar ways to write as mature poets. Both have turned in some measure to a public-spirited, civic poetry; and each, in a different way, has developed what I’d like to call a poetics of accumulation, sensitive to the tradition behind them and to the presence of the work of their peers.

The rest of the piece is available as a pdf, if you're absolutely committed to not getting out of bed to get your copy of the magazine. Read on, punishment-gluttons, amidst the croissant crumbs and unfinished New York Times crossword puzzle! Hear of the civic poetry and Eliot-style assimilation and transformation of tradition! Thrill to the assessment of Hass' poem "Bush's War," and chuckle knowingly over the analysis of poetic minutiae! Also, gimme some of that croissant, will ya? Mmmm. Yeah. That's the stuff. Got any more coffee? 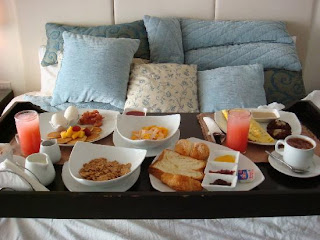 Posted by Archambeau at 7:01 PM