The World and the Open Sea: Poetry and the Aspect of Infinity 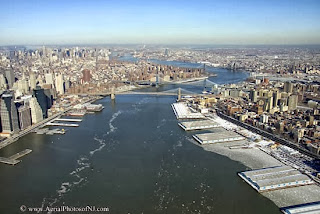 The crowd, as I remember it, consisted of about 200 young women—students of St. Mary's College—along with the poet John Matthias and a clutch of graduate students from the nearby University of Notre Dame, including myself.  It was the early fall, a year in the mid-1990s, and we were in the library at St. Mary's, waiting for Paul Muldoon to arrive.  When he strode in, a little late, with his mop-top flopping, he looked every inch the much-adored young prep school teacher in his blue blazer and grey flannels, and he carried himself, then as now, with a studied self-possession, letting the audience come to him with their attention, and knowing all along that they would.

But the first poem he recited, "The Briefcase," had nothing to do with self-possession.  Quite the opposite: it had everything to do with a kind of infinite dread.  On other occasions when I've heard Muldoon read the poem he's begun by mentioning its dedication to Seamus Heaney, and his anxiety about writing a poem involving eels since, he says, when you pick up an eel in Ireland and turn it over, it says "trademark Seamus Heaney" on its belly.  But in St. Mary's, when I first heard the poem, Muldoon prefaced the poem with an anecdote, possibly true, about receiving from his father in law the gift of a very expensive briefcase.  Then he began to recite the poem:

I held the briefcase at arm's length from me;
the oxblood or liver
eelskin with which it was covered
had suddenly grown supple.

I'd been waiting in line for the cross-town
bus when an almighty cloudburst
left the sidewalk a raging torrent.

At this point Muldoon pauses, glanced around at the rapt crowd at St. Mary's, and continued:

And though it contained only the first
inkling of this poem, I knew I daren't
set the briefcase down
to slap my pockets for an obol—

for fear it might slink into a culvert
strike out along the East River
for the sea.  By which I mean the 'open' sea.

It's all in that last part of the last line, isn't it?  Why, we wonder, does it matter that it's the open sea?  And immediately we feel it: the possibility of loss haunts the poem.  It's not quite rational: one isn't exactly likely to drop a briefcase, even a supple and slippery one, into a Manhattan culvert and see it drift out to sea in the East River.  But the thing about anxiety is that, even when it's well-founded, it doesn't operate rationally.  The open sea is, somehow, much, much vaster than the sea itself.  Indeed, the notion of openness puts the poem under the aspect of infinity— of the ever-expanding and endless.  The East River is a definite thing—as, for that matter, is the Atlantic Ocean into which it empties.  But the sea is indefinite, and the open sea promises not only an undefined vastness (does it refer to the Atlantic? To all oceans?  To the connection of all waters circling the globe?) but a sense of expansion.  We glimpse in it the possibility of utter loss.  And it's here that we encounter the poem's profound dread.

What, after all, is lost?  The poem, particularly when prefaced with an anecdote about an expensive gift, could be taken as a little parable about the downside of possessions, about how they make us anxious about the possibility of losing them.  But there's much more than that at work here.  The briefcase, we're told, contains the inkling of the very poem we're encountering: the loss of it would be the loss of the poet's work, and, in a sense, of a part of his life and his distinct identity.  The fact that the poem lost would be the one we're reading or listening to shows us what's at stake: the event we're experiencing might not have been, and we—Muldoon, the audience at St. Mary's, you, reading this—would all have been a little different, a little reduced.  We're brushed by the outer edge of the garment of infinite loss, of the possibility that who we are and what we've done might never have come to pass.

The undifferentiated vastness of the open sea stands in stark contrast to the poet and his particularity, his specific briefcase and specific poem and specific plans for getting somewhere in particular on the crosstown bus.  The whole world of identity and particularity brushes up against an infinite blankness into which things are lost and absorbed.  In a way, it's a vision of death, or at any rate the loss of oneself, and it's not a glorious mystical vision of oneness with the universe: it's a little shudder at the possible (no, inevitable) loss of our own small selves.

The experience described in the poem isn't the sublime, not quite.  The sublime, after all, involves not only a sense of the vast or infinite, but also of one's own superiority to that vastness.  In the dynamic sublime, to use Kant's term, we don't just experience the terror of a volcanic eruption, but also our own insulation from it, our distance at a safe vantage point, and we feel affirmed at being able to take in the destructive magnitude without being destroyed.  In the mathematical sublime, which is more like what we get in Muldoon's poem, we experience the notion of an ever-expanding vastness, an infinity—but we also experience something that isn't depicted in Muldoon's poem: our own superiority or privilege with respect to that vastness, by virtue of our ability to conceptualize it.  When we can write down an symbol or equation indicating infinity, we feel affirmed in our own small selves, because we have in some way been able to comprehend the endlessness.  We don't get that in "The Briefcase": in fact, we end with a vision of the small, controlled space of the briefcase being swept into the openness, lost beyond all recovery.  There's no superiority to or containment of the sense of dread, unless we consider the composition of the poem itself as a containment of dread, as I suppose we might, although that's a containment in the act of composition, rather than within the events depicted in the poem itself.

Much has been made about the Americanness of "The Briefcase," which is full of specifically American imagery.  It is the fate of Irish poets to be read as constantly meditating on their Irishness, and one can look at the dread of loss in this poem as a kind of Irish fear of deracination in America, a familiar enough story for Irish Americans.  But the direction the briefcase follows isn't toward the interior territory of the United States.  Instead, we move out from America, across the water—possibly, if we are Irish, toward our origins, though there's little to indicate any destination other than infinite openness.  For me, the primary theme of the poem will always be a matter of mortality rather than of national identity—a point underlined by the presence of the obol for which the poet slaps his pockets.  This isn't an American coin, but an ancient Greek one.  Specifically, it is the coin put in the mouth of the deceased to pay Charon to carry them across the water to the land of the dead.  We get the idea of a crosstown bus carrying one on a short trip (it is only a few blocks across Manhattan) in a highly populated area, and then we get the obol, temporarily not found, that will pay for our passage over water into an infinite land of death: another kind of open sea.

In the private anthology I carry in my head, Muldoon's poem is printed across from a poem by the Swedish poet Jesper Svenbro, in which we encounter another kind of infinity, one that, instead of confronting us with undifferentiated vastness, gives us an endlessly variegated infinity; one that instead of reducing us to fear and trembling, extends something like an invitation for us to join it.  The poem is called "The World," and I first encountered it when, teaching at Lund University, I accidentally picked up a copy of an English translation of it from the printer in the English department office (by some strange quirk of fate my colleage Lars-Hakan Svensson had, it turns out, been working on it via email with John Matthias, with whom I'd attended the Muldoon reading at St. Mary's).  It goes like this:

In my use of the word “world” there is a strangeness
which I have never been able to shake:
the word carries a hopefulness
which has no strict foundation
in the real world.
The world being what it is!
For although I know it cannot be used
in the sense I want to give it
it is the same picture that faithfully
returns in my memory
whenever I pronounce it to myself—
it is the light space over my childhood,
white April sun over a province
whose horizon trembles in the distance:
The world rests over there.
It is the late 1940s. In those days
I went to Sunday school every week
in our northern Galilee. To me
Palestine was still a country
with heights, fields, and rivers such as ours;
and by a miracle
the hills of Rönneberga just outside of town
became the light green mountain
where on one spring day Jesus
had said to his pupils: “Go out into the whole world!”
Languages were buzzing in the air.
Jews, Arabs, Kappadocians, Egyptians!
We were in the Holy Land,
coltsfoots were blooming
along the ditch-banks of the whole world.
And among all the tongues that I heard
was also the sound of my own.

The vastness here isn't an empty openness: it's an inhabited space, rich and various and full of life in all it's variety, life blooming, life talking, life buzzing in the air.  And we're not in danger of losing ourselves, there.  We're invited to take part, to enter this infinite world.  Indeed, we're already part of it: among the tongue we hear is our own.

For me, if for no one else, "The Briefcase" and "The World" are companion pieces—one giving us the invitation to participate in the ever-opening richness of life, the other giving us the intimation of our own mortality, and the endless vastness beyond our little selves.  Both show us poetry under the aspect of eternity.
Posted by Archambeau at 2:26 PM 2 comments: