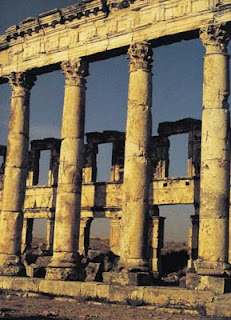 James Matthew Wilson is critical of my work in deeply intelligent ways in his article "Our Steps amid a Ruined Colonnade: Contemporary Poetry and the Academy" in the Contemporary Poetry Review. He also does me the honor of discussing my writing in the context of John Matthias.

Posted by Archambeau at 6:53 PM No comments:

Hear the Voice of the Bard! 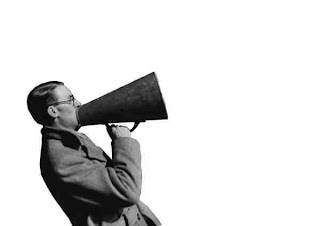 What is it Blake says in the introduction to the Songs of Experience?

Hear the voice of the Bard!
Who present, past, and future sees;
Whose ears have heard
The Holy Word,
That walked among the ancient trees...

Well, I haven't walked among many ancient trees lately, though I did just get back from an outdoor wedding in Philadelphia, where I learned that black suit plus big Canadian poet plus 95 degree heat equals one hell of a schvitz. Had I been bardic enough to see the future, I'd have gone in flip-flops and my best Michael Franti tee-shirt. But you didn't stop by the blog to hear about my travails in Philly. You stopped by to know where you could find one of my old poems in audio form. Wait no more! Check out "The People's Republic of Sleepless Nights", from the Summer '04 issue of Rattle. It's part of an ever-growing Rattle audio archive put together by Tim Green, so if you check in from time to time you're in for an inexhaustible earful. 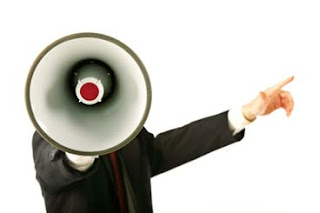 Posted by Archambeau at 10:49 AM No comments:

Hot damn! The fourth of July! Life, liberty, and the pursuit of high cholesterol snack foods! But before I run outside to awaken my neighbors with an early morning barrage of quasi-legal Chinese fireworks, I thought I'd put my tenured shoulder to the wheel and push a little for the kind of democratic sentiment for which this country is meant to stand.

So here's the thing. The fourteenth amendment to the Constitution (the one that guarantees due process and equal protection) is looking about as besmirched as my Uncle Eddie's post-barbeque napkin. You know the drill at least as well as I do: Guantanamo Bay, the shredding of habeus corpus, and all the rest of it. But there's one relatively small infraction of that amendment that irks me today, given how it came to light of the eve of what should be a celebration of democracy.

What's this infraction that sticks in my throat like a splintered corndog stick, you ask? It's this. When the Supreme Court appointed Bush president in 2000, they did so in large part through the invocation of the fourteenth amendment's "equal protection" clause. For reasons still a bit murky, they felt that a recount of ballots in Florida wouldn't be fair to Bush, that it would violate his right to equal protection under the law. So you'd think equal protection would mean something to Bush. But when he commuted Scooter Libby's sentence, giving Libby clemency and claiming that he felt the punishment was too harsh, you had to wonder: was this equal protection? Did the 3,000 other citizens seeking clemency get the same consideration? When asked about this, White House Press Secretary Tony Snow said he "didn't know," which is, of course, a lie. We all know that people who aren't cronies of the president don't get equal protection under the law in the current administration.

Anyway. Here's something worth a look before running out to throw firecrackers into the potato salad (click for a larger view):

Posted by Archambeau at 8:32 AM No comments: