Proud Men in Their Studies: On Mark Scroggins—New in GHR! 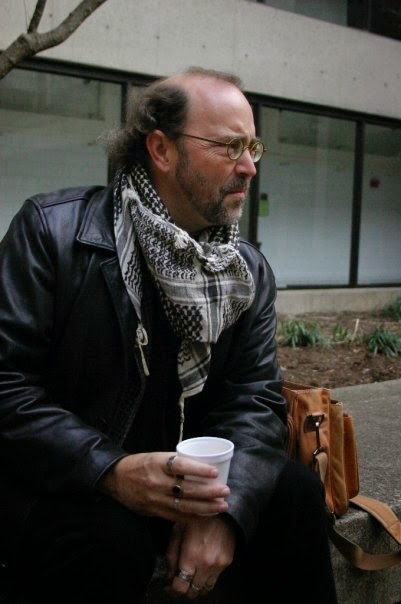 Rejoice! The new issue of Lou Rowan's always-too-cool-for-school Golden Handcuffs Review has dropped from the skies.  Poetry by Fanny Howe and Joseph Donahue and Jerome Rothenberg!  More poetry by Susan Schultz and Mark Scroggins!  Fiction by Ken Edwards!  Lost work by Reginald Edward Morse, edited by Rick Moody!  George Economou on translation!  Peter Quartermain on Jerome Rothenberg! And more! More! Including a little thing I wrote about Mark Scroggins' Torture Garden called "Proud Men in their Studies."  It begins like this:

"Poetry, drawing away from the collective life of the court, can only withdraw into the privacy of the bourgeois study, austerely furnished, shared only with a few chosen friends, surroundings so different from the sleeping and waking publicity of court life that it rapidly revolutionizes poetic technique.  Crashaw, Herrick, Herbert, Vaughn — all the poetry of this era seems written by shy, proud men writing alone in their studies… Language reflects this change.  It is a learned man’s poetry."

That’s a passage from Christopher Caudwell’s 1937 book Illusion and Reality: A Study of the Sources of Poetry, in which the young writer — who’d have proved a second George Orwell, had he not been gunned down in the Spanish Civil War — describes the formal changes that came about when English poetry stopped being a public game played at court and became the pursuit of solitary men among their books.  No longer something for public declamation, poetry became learned, private, knotted with a kind of profound cleverness that, requiring time and erudition to appreciate, wouldn’t have pleased much as a glittering gentlemanly accomplishment at court.

Certainly 21st century America has little enough in common with England in the 17th century, but when I read Mark Scroggins’ Torture Garden: Naked City Pastorelles, Caudwell’s passage on Crashaw, Herbert, and company came immediately to mind.  Why, though?  It’s not as if anyone would confuse a poem like George Herbert’s “Easter Wings” with Scroggins’ “Perfume of a Critic’s Burning Flesh”:

But despite the very different texture, and the eschewal of reference and discursive meaning, Scroggins’ poems have a lot in common with the English 17th century as described by Caudwell: they are learned, private, written for the few rather than the many.  And, like the works of that greatest poet of 17th century England, John Milton, they are angrily at odds with the dominant culture of their time.

To begin with, there are the matters of form and allusion....


Well, it goes on.  But you don't want to stay here.  You want to get your hands on GHR posthaste.


Posted by Archambeau at 8:39 PM No comments: