W.B. Yeats, Madame Blavatsky, and the Mesmeric Force of Beards 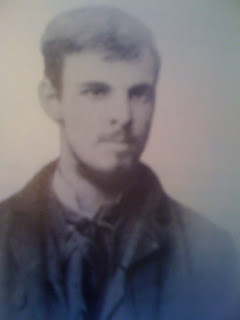 The declaration comes in a letter to Katharine Tynan, an Irish poet and novelist some four years his senior. Those of you familiar with Yeats' constant vacillations over all things won't be surprised at his primary emotion on the momentous occasion: ambivalence.  "...my beard is off," he says, "and whether for good or ill I do not know."

Yeats' secondary emotion upon the loss of his beard won't be a surprise either, at least not to those familiar with his spiritualism, his Theosophy, and his susceptibility to anyone with a Ouija board tucked under her arm.  Invoking the name of London's most notorious spiritualist, Yeats continues his letter: "Madame Blavatsky promised me a bad illness of three months through the loss of the mesmeric force that collects in a beard."

I cannot speak to the mesmeric force of beards, though I do confess to an instinctive distrust of clean-shaven men.  But was the loss of Yeats' beard "for good or ill" at the aesthetic (as opposed to the mesmeric) level?  You be the judge.  The photo above depicts Yeats not long before the loss of his beard.  The photo below comes from the 1890s, when (if I may editorialize) the transformation from Dashing Young Rake to Canned Ham with Hair was complete. 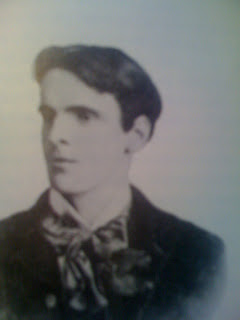