The Wound and the Self: Notes on Rousseau, Individualism, and Mystical Experience 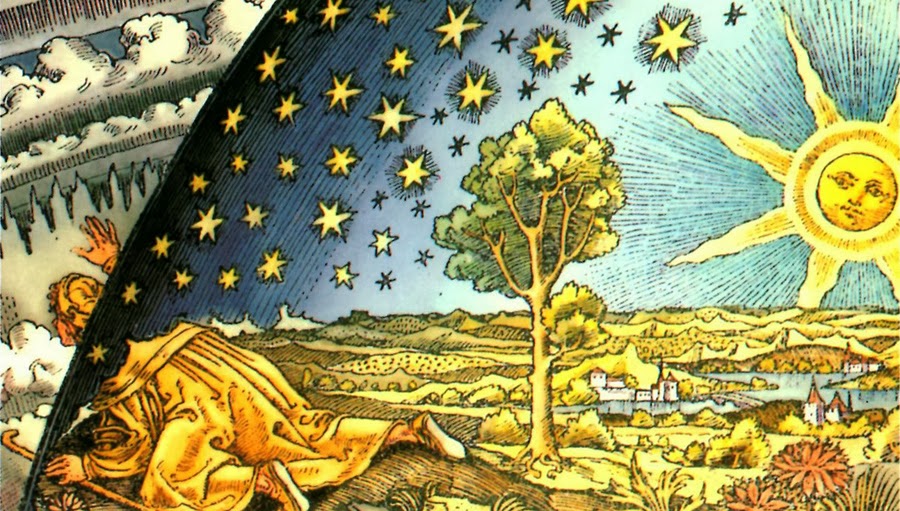 So the new semester has begun, and I find I'm teaching the Romantic poets again.  I'm always struck by the strange contradictions of the group: reactionary yet revolutionary, nature-loving but with a strong contingent of city-bound cockneys, obsessed with the past yet driven to invent new forms and new ways of living.  One of the more striking of these contradictions comes in the confluence of individualism and mysticism.  It makes for a strange pairing because it involves both an emphasis on the self and a drive to lose the self in something larger.  We see it in many places. It's there, for example, in William Blake.  He was such an insistent individualist that he felt he must create his own system of religion, lest he be "enslaved" by that of another man.  But he also wrote, in The Book of Thel, of how clinging to our little, temporary selfhood was a kind of failure, and that we should embrace the way we dissolve into the living universe after we cease to be.  The combination of an intense preoccupation with individuality and an emphasis on a mystical loss of identity lies at the core of Wordsworth's sensibility, too.  The Prelude sets out to rival the great epics of the past, but instead of dealing with the fate of civilizations (think The Iliad) or with the scheme of the cosmos (think The Divine Comedy or Paradise Lost), it will be a record of "the growth of the poet's mind" in all its individual particularity.  At the same time, though, it's also a poem about the dissolving boundary between the self and the natural world, and its most powerful moments depict the loss of self-identity in a sublime and pulsating fusion of spirit and nature.

Maybe I shouldn't be surprised at the combination of individualism and mystical self-loss.  They might just have something to do with one another.  One certainly gets that sense when reading that greatest of proto-Romantics, Rousseau.  Rousseau was certainly a believer in the individual.  Although he never actually wrote of the "noble savage," he did argue, in his Discourse on the Origins of Inequality, that humanity in the state of nature was solitary; and his Confessions constituted a tremendous innovation in literature because of their candor and specificity in giving the details, including the unflattering and trivial details, of a life.  What is more, his famous Of the Social Contract argues that the individual precedes society: collective life doesn't precede the individual and form him, but comes about when individuals agree a collective interest and a social formation.  The pioneering sociologist Émile Durkheim takes issue with this kind of thinking (as embodied in the Utilitarian philosophers who emerged in the wake of Rousseau) when, in The Division of Labor in Society, he objects to “deducing society from the individual” because, in his view, “collective life is not born from individual life, but it is, on the contrary, the second which is born from the first. It is on this condition alone that one can explain how the personal individuality of social units has been able to be formed and enlarged.”  It is wrong, writes Durkheim, to suppose that there ever were " “isolated and independent individuals who… could enter into relationships with one another in order to co-operate, for they had no other reason to bridge the empty gas surrounding them, and to associate together… this theory, which is so widely held, postulates a veritable creation ex nihilo.  But this is the voice of the systems-obsessed late nineteenth century objecting to the Romantic individualism that came before.  Rousseau is the full-throated prophet of that Romantic individualism.

With that individualism, though, there comes a certain melancholy loneliness.  Consider the following passage, from Rousseau's posthumously published Reveries of the Solitary Walker.  Rousseau has been wandering in the hills after harvest season has passed, gathering botanical samples.  The fields, once crowded with peasants taking in the crops and reveling townsfolk, has emptied out:

The country was still green and pleasant, but it was deserted and many of the leaves had fallen; everything gave an impression of solitude and impending winter.  This picture evoked mixed feelings of gentle sadness that were too closely akin to my age and experience for me not to make the comparison.  I saw myself at the close of an innocent and unhappy life, with a soul still full of intense feelings and a mind still adorned with a few flowers, even if they were already blighted by sadness and withered by care.  Alone and neglected, I could feel the approach of the first frosts and my failing imagination no longer filled my solitude with beings formed after the desires of my heart.  Sighing I said to myself: What have I done in this world?  I was created to live, and I am dying without having lived.  At least I am not to blame; even if I cannot offer up to my maker the good works which I was prevented from accomplishing, I can at least pay him my tribute of frustrated good intentions, of sound sentiments that were rendered ineffectual, and of a patience which was proof against the scorn of mankind.  Touched by these thoughts, I retraced the history of my soul from youth to the years of maturity and then during the long period in which I have lived cut off from the society of men, the solitude in which I shall no doubt end my days.  I looked back fondly on all the affections of my heart, its loving yet blind attachments, and on the ideas which had nourished my mind for the last few years...

The lonely, dying scene seems to Rousseau like a parallel to his own wandering life as it comes to its final years—and this is important.  He looks at the world and sees himself.  Indeed, he's unlike most thinkers who came before him in the degree to which he obsesses over himself: he plays a kind of symphony of his own soul's journey, with that individual soul's desires and regrets and self-pity, its sense of solitude, and its consolations.  This is a huge affirmation of the importance of the individual life and its little journey, and even presents a fall and redemption story of sorts: he failed to live as he ought, but discovered that this was inevitable, and came in the end to a kind of mild wisdom and gratitude.  But this story doesn't start in Eden, at the dawn of history, with Adam and Eve, and end with the sacrifice and resurrection of Christ: it takes place in the individual life.  We, as individuals, are where all the real action takes place.  This kind of thinking makes each of us very important, but it also traps us in our own little stories, rather than uniting us in a larger story and set of symbols relevant to a whole community of faith.

Along with this deep investment in individuality, though, Rousseau tells us about a release from that individuality, one bordering upon a kind of mystical experience.  After making his way back into town, he sees a Great Dane loping towards him, followed by a carriage careering around, dangerously out of control.  He braces himself to leap to safety, but too late: he is struck, and lies unconscious for a time.  When he wakes in the arms of townsmen, he describes the following experience:

Night was coming on.  I saw the sky, , some stars, and a few leaves.  This sensation was a moment of delight.  I was conscious of nothing else.  In this instant I was being born again, and it seemed as if all I perceived was filled with my frail existence.  Entirely taken up by the present, I could remember nothing; I had no distinct notion of myself as a person, nor had I the least idea of what had just happened to me.  I did not know who I was, nor where I was; I felt neither pain, fear, nor anxiety.  I watched my blood flowing as I might have watched a stream, without even thinking that the blood had anything to do with me.  I felt throughout my whole being such a wonderful calm, that whenever I recall this feeling I can find nothing to compare with it in all the pleasures that stir our lives.

I'm sure neuroscientists could describe what happened to Rousseau's brain after the impact, and explain his perceptions in terms of the effects of physical trauma on brain function.  But what's important isn't the physiognomy, but Rousseau's experience, and his depiction of that experience.  The very thing into which he'd been drawn by his reflections on nature—his selfhood, his identity—has vanished.  He is born anew, without any of the particulars of the long journey of the soul he'd been recounting.  For this one brief moment he has no past, and no sense of belonging to his own body: the blood could be anyone's, and is of no concern to him.  He's been released from the burdens of selfhood and sees the world as if he were no one at all, as if it flowed through him without the filtering resistance of identity.  It's much like the state of religious bliss and selflessness achieved by many religious mystics.  But it is intimately linked to the idea of individualism, because the pleasure Rousseau feels is the bliss of release from the burdens of his lonely self.  The solitary Romantic implies the mystic Romantic the way a wound implies a cure.