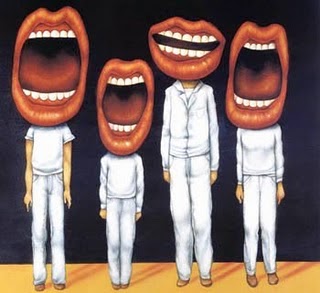 Gently Read Literature, the excellent little magazine edited by Daniel Casey, has folded up shop.  I only wrote for GRL once, in the form of a review of Tony Leuzzi's Passwords Primeval in the Winter 2014 issue.  Leuzzi's book, published by BOA Editions in 2012, is a collection of interviews with a laudably wide range of poets.  Here, with Casey's kind permission, is the text of my essay.  I focus on the interviews with Kevin Killian, Karen Volkman, and Billy Collins.  What fascinated me were the different kinds of poetic communities from which, and for which, they wrote.

“Don’t tell me what the poets are doing, don’t tell me that they’re talking tough,” sang the Tragically Hip back in 1998, “don’t tell me that they’re anti-social, somehow not anti-social enough.” Editor and interviewer Tony Leuzzi has certainly managed to get the poets talking in Passwords Primeval: the transcripts of his interviews with twenty very different poets, taken together, run to close to 350 pages. The book is most likely to be dipped into rather than read straight through: one imagines its destiny involving resting on library shelves until people interested in the work of a particular poet pluck it down to read that poet’s contribution. But one of the most interesting things to emerge when one does read all twenty interviews back-to-back is the lack of anti-social attitudes among the poets. Most of them seem to speak out of, and to, defined communities, the sum of which make up the varied, fragmented, and (despite reports to the contrary) extensive readership of contemporary American poetry.

Leuzzi’s interview with Kevin Killian shows the clearest case of a poet speaking to, and for, a particular community. Some of Killian’s community orientation shows through in his choice of pronouns: “We wanted to infuse our lives with the rigors of theoretical discourse,” he’ll say, or “I think all of us in the New Narrative [movement] approached the idea of being in a movement, of working collectively, with various degrees of seriousness.” It’s we and us with Killian—with the collective pronouns referring to a group of writers and artists associated with the New Narrative movement which sought to bring poststructural theory and autobiography close together. The movement has very particular time/space co-ordinates: one feels, reading the interview, how very formative the San Francisco of the 1980s was for Killian and his associates. This was ground zero for the AIDS epidemic, and a time of great personal pain for Killian, who watched helplessly as friend after friend succumbed to the plague. “Every time I tried to write something it sounded ridiculous—hokey, sentimental,” he says. “It seemed the enormity of the crisis dwarfed any individual response.” On the suggestion of Kathy Acker, he began to use existing cultural artifacts—initially the films of Dario Argento—as a means to address the crisis, writing through them and treating them as if they were allegories of the epidemic. The resulting surrealism became, at last, a form befitting the tragedy of the epidemic: in Killian’s words, it “corresponded to the surrealism we lived through in the 80s and 90s.” Some of the comfort Killian felt in this form of writing came from the way it released him from his own conscious writerly will and allowed the poem to come forth from the encounter with another artist’s material: indeed, Killian’s poetics are clearly those of a writer who seeks to put the controlling intelligence in abeyance. Hence comes Killian’s love of Jack Spicer, who liked to think of poems as alien transmissions coming to him from space, and hence comes Killian’s statement that many of his poems “unrolled from a place outside my own will.” The impulse for Killian’s work clearly comes from the deeply felt needs of a man caught in the midst of a terrible disaster, and he writes very much for the benefit of people in the same circumstance: the goal he and his friends had, he says, was “to write for a whole, if limited, community, ourselves and our friends and lovers, and one or two benighted souls we imagined actually needed us in the hinterlands.”

It is to Leuzzi’s credit that his collection of interviews includes an experimental, often underground or alternative press poet like Killian along with former poet laureate Billy Collins, perhaps the best-selling American poet of our time. Collins readily acknowledges the many different readerships for American poetry, noting that he and John Ashbery “draw on very different audiences” and that “it’s not like I’m taking readers away from him, or that he’s taking readers away from me.” The audience Collins reaches is often one that lies outside the considerable one made up of other poets: when Collins tells us that he “is not predisposed to be interested in the psychic misery of the poet…. Who would be?” he reveals an orientation toward a very different community than the one that animates the work of Kevin Killian. Where Killian writes from and for an artistic and literary scene, Collins pitches his work toward a larger community, one we might find in any of the affluent American suburbs where copies of The New Yorker grace the coffee tables. While this audience might be considered more mainstream than Killian’s by any number of standards, it is not an audience with which we readily associate poetry. When Collins reflects on his early interest in poetry we see the tension between the modern (and, behind that, the Romantic) notion of the poet-as-outsider and Collins’ sense of himself as belonging to a broader community:

Ever since I came across a picture of Edgar Allan Poe when I was an adolescent, I wanted to be a poet. I’d never seen anyone who looked like that in my life! My parents didn’t look like that, that’s for sure. It suggested there was a realm inhabited by people completely different from the ones around me, that is, middle-class, suburban people. I wanted to be with them, find out who they were.

So far, we seem to be in the realm of Stephen Dedalus or a thousand other young men dreaming of escaping from a dull bourgeois life into the world of art. But there’s a twist:

But, as a poet, I was sort of hobbled by doubt, so I didn’t run with the pack. I didn’t go to poetry readings very much; I didn’t go out with poets; I’ve never taken a workshop.

The struggle, for Collins, was that of how to write for a bourgeois audience in a form that has by-and-large become dissociated from that audience. More than any other American poet of his generation, he has found a way to do just that by the use of humor, striking metaphor, and by (as he puts it) “simple diction” and “predictable” line breaks. We couldn’t be much farther than the world of Dario Argento pastiche that animates Kevin Killian’s work and speaks to his community. What Collins and Killian have in common, though, is the quest—ultimately successful—to connect with the community that matters to them.

No discussion of contemporary American poetry and its communities in our time would be complete without the mention of that 400 pound gorilla sitting at the poets’ table, the creative writing industry. Much-maligned, often by the very people who devote a great deal of time and money to gain their M.F.A. degrees, the world of the creative writing programs has nevertheless provided livings for many poets, as well as a context in which their works are read and appreciated. When we read Leuzzi’s interview with Karen Volkman, we also get a sense of how the world of the creative writing programs has had an influence on the creation of poetry. Volkman, who teaches in the prestigious M.F.A. program at the University of Montana, describes the genesis of her series of elliptical sonnets as part of her teaching process, coming about when she “started reading sonnets in preparation for a forms class I was scheduled to teach.” Just as we can see the qualities of Killian’s or Collins’ work as things rooted in the particular communities to which they speak, so also can we see Volkman’s formal concerns as connected to the poetry/academe nexus at which she and I (and, quite probably, you) dwell. While Killian’s poetry sought a way to reflect on the crisis of AIDS in San Francisco and Collins’ poetry worked to connect with a suburban readership, Volkman’s poetry, in foregrounding the elliptical, connects with communities that come to poetry for language and its ambiguities. Indeed, many of her lines can, she says, be read as “propositions for a poetics” and she is wary of the kind of reduction of language to statement that a poet like Collins courts, worrying that “putting the borders of particular reference” on poems “is a kind of violence.” This love of poetry for its polysemous multiplicity of meaning and its irreducibility to paraphrase has animated professors of poetry at least since the days of the New Criticism, and animates us still—Volkman even describes herself speaking to her students about how she’s been reading a certain poem for years and how she is “still not sure what to make of it.” Clearly Volkman loves this sort of ambiguity in poetry, and introduces it to a community of students and colleagues in many ways, including through her own works.

Leuzzi’s other interviewees include Michael Waters, Gary Young, Dorianne Laux, Gary Soto, Patricia Smith, Scott Cairns, Jane Hirschfield, Martín Espada, Gerald Stern, Nathalie Handal, Stephen Dobyns, Dara Wier, Bin Ramke, Mark Doty, Carol Frost, Robert Glück, and Arthur Sze. His methods involve both written and oral conversation, with the poets given the chance to revise the transcripts in consultation with the editor. The effect is in many ways impressive, combining the feel of spontaneity with a level of detail and consideration more often found in essays than in interviews. The method does give something like the effect of an authorized biography, though: there are no moments when the poets seem as if they have been taken off guard. This, itself, speaks of a kind of civility on Leuzzi’s part, a civility that has enabled him to travel comfortably to many different corners of the far-flung American poetry scene. 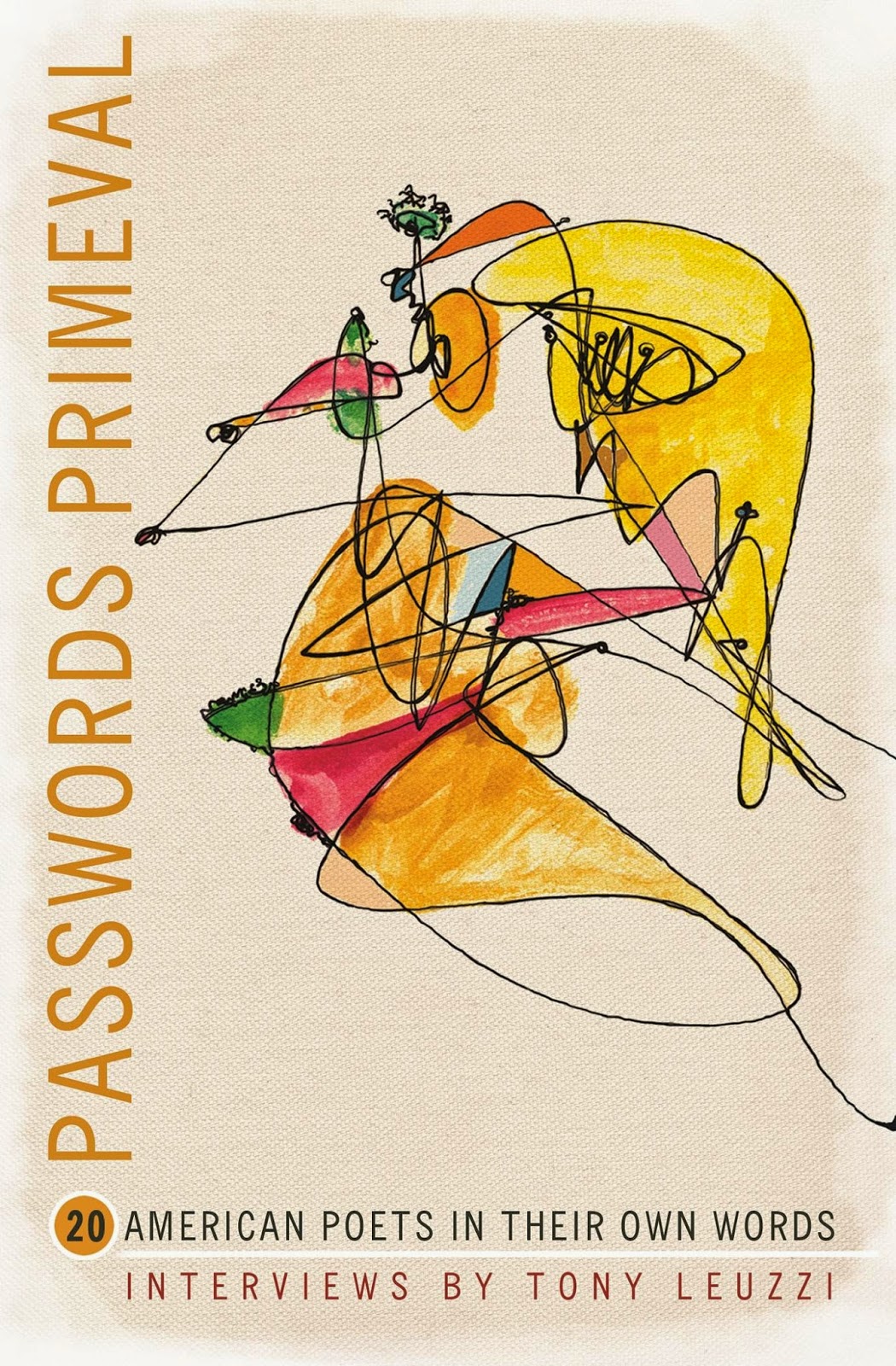