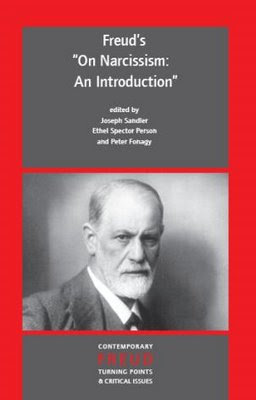 So there's this thing going down on Facebook where people ask their friends to post 25 random things about themselves. When I saw this, I thought it was exactly the sort of thing I wouldn't want to take part in. I mean, for a guy who talks too much, writes a lot of essays and a not-discreditable amount of poetry, and blogs, I think I actually don't put much about myself out there (except in the company of my friends, where my favorite topic is my evolving relationship to my own narcissism). Maybe this is laughably wrong, but I think of myself as having pretty firm boundaries about my private experience, even if I ham it up in front of people all the time. Anyway, I took the plunge and found it weirdly satisfying. Here 'tis:

1. I grew up in western Canada, but spent part of each year in the Midwestern U.S., and part on the American east coast, too.

2. I remember my dad telling me to look at how the shaft of sunlight coming through a drop of water caught in a spider web was making a tiny, tight, perfect little star of light dance on his notepad. Just as I saw this, the drop dropped.

3. I also remember my dad sketching me (he’s an artist). I was in the second grade and wouldn’t shut up while he tried to concentrate. I think the moving face-muscles were a problem. He said “If you can’t stop talking, I’ll have to draw you with your mouth open.” It’s a cool portrait, though. And it sort of catches my then-incipient blowhardish word-love.

4. If everybody tells me it’s wrong, a big part of me always figures it must be at least half-right.

5. When I was in junior high, my degenerate friends wanted me to join the percussion section with them, but I decided to play flute so I could meet girls. The guys were kind enough not to mock my failure.

6. I had to move to Sweden to learn how to listen to funk.

7. I am terrible at recognizing faces. More than once this has embarrassed me. Like the time when I was in college and I’d met this girl and her friend in the student union bar. The girl seemed kind of shy; her friend was more outgoing. Anyway, later that night I was studying at a big empty table in the library and she came up and sat across from me, folding her hands on the table and smiling. I glanced up from my book (Paradise Lost, I think) and, not recognizing her, gave her a quick blank stare before looking back down. She ran away, and I later saw her with her friend. She turned her head; her friend shot me a dirty look.

8. I swear to whatever gods there may or may not be, meeting Valerie saved my soul.

9. Coffee, always. Always. I love the fresh-ground good stuff, but if there’s nothing else I’ll drink it day old, stone cold, and looking like it’d grow mold.

10. Countries I’ve been to: the U.S., Canada, Mexico (to the north, and the Yucatan, which seemed like a whole other country), Italy, France, Belgium (everyone should go to Belgium), Germany, Denmark, Sweden, England, Ireland, Iceland. I think that’s it. Oh, wait: the Netherlands.

11. I love blogging because I love to write but I hate waiting for whatever I wrote to get published. But when people ask me to write something for a book or journal I almost always say yes.

12. I’m pretty solid in the kitchen. When in doubt, braise that mother.

13. I can’t remember all of the different houses, apartments, guest-houses-for-visiting-academics, etc. I’ve lived in. But it was easier to move when I was in my twenties and could fit all my gear into a borrowed pickup. I think I’m staying put for a while.

14. One Christmas, a couple of years before I’d clutched my first ergonomic wooden toy in the hippyish preschool my parents sent me to, I remember opening a present very carefully. Inside was a cardboard box. I didn’t know there was a gift in the box. I thought my parents had given me a box. It seemed like a lame gift, but I didn’t want to make them feel bad, so I started talking about what a great box it was. When I was thirty and visiting my parents I heard my dad tell my mom how much he liked that moment, and how he found my unmitigated pleasure in receiving a box beautifully innocent. I never told him I was faking it. I have no memory of what the actual present was.

15. I think I’m mostly getting better at stuff.

16. Remember that water drop I was talking about in #2? I wrote a poem about it for a creative writing class I took in college. “What does the drop stand for?” asked a fellow student. “Life,” said my professor. He sounded confident.

17. If you’re over 60 years old, I’ll instinctively treat you with respect.

18. If you’re a student and you cry in my office, I’ll have no idea where to look.

19. My mom makes the best apple pie. Seriously. Try it, and you’ll think your mom’s apple pie is a cruel joke.

20. Once I saw lightning hit the ground about a foot outside my bedroom window. But that scared me less than the bird that flew down my bedroom chimney later that night. It was a hell of a storm.

21. I think I would have died one night in a Canadian winter when the lads and I decided we were too messed up to drive, and should walk home instead. We were in a part of town we never went to, far from our neighborhood. There was a blizzard, a real, Canadian one, and we were walking down an utterly abandoned stretch of highway. We probably had ten miles to go and weren’t quite sure where we were. We heard the tiny buzzing of a car engine in the distance. It seemed to take forever to arrive, and when it did, it was a car driven by a Vietnamese immigrant kid from high school. We didn’t know him very well. Anyway, he pulled up, opened the passenger door, and drove us home. He hardly said a word.

22. When I moved to the U.S. for grad school, I was surprised at how cheap the cheapest beer was. Until I drank the stuff. Bilge water. The guy I shared a house with and I would drink one can of it each per chess game, and play chess all through the night. Man, that stuff sucked.

23. Once when I was a kid I lay on the ground and stared into a perfectly empty, perfectly blue sky until I wasn’t there any more, or there wasn’t any I left to be anywhere. I wasn’t asleep or anything. It was weird. Then my mom called me and I was back.

24. I’m always making up these weird-ass songs and singing them around the house. The latest is called “Monkey Privateer.” I bet when my daughter is old enough she’ll make fun of me for this. We’ll see. She’ll be born next week.

25. Remember that professor I wrote about in #16? I’m starting to think he was right.

Posted by Archambeau at 10:32 AM No comments:

Email ThisBlogThis!Share to TwitterShare to FacebookShare to Pinterest
Labels: I'm not sure what to call this.
Newer Posts Older Posts Home
Subscribe to: Posts (Atom)