Ballet Méchanique and The Great Debate 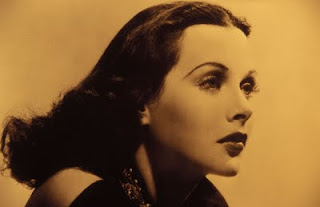 So hey.  If you're in Chicago on April 21, you might want to check out Ballet Méchanique: A Spread-Spectrum Ecstasy.  It's a multi-media show based on poems about Hedy Lamarr and the birth of electronic communications (trust me, there's a link) based on the poetry of John Matthias and featuring performances by Matthias and Joyelle McSweeney.  It'll be held at the University of Chicago's International House.  Here's the timetable and official information:


4:30: John Matthias and Joyelle McSweeney Reading
5:30:  Intermission and Reception
6:15: Ballet Méchanique Performance
John Matthias, Joyelle McSweeney, Stephen Fredman, and multimedia by Christian Jara.
Ballet Mécanique: A Spread-Spectrum Ecstasy is a staging based on a long poem by John Matthias. Other participants include Joyelle McSweeney, Stephen Fredman, and Christian Jara. This performance depicts the starlet Hedy Lamarr during in her early life in Germany. Lamarr is notorious for her risqué role in the Czech movie ‘Ecstasy,’ and for being the mistress of Fritz Mandl, a Jewish arms merchant selling his wares to the Third Reich. Mandl’s possessiveness, combined with a contempt for her intellect, lead to a dark tale of revenge and intrigue.
This event is free and open to the public. Contact 773-834-8524 if you need assistance in order to participate.
*
In other news, a piece I wrote about Marjorie Perloff and Reginald Shepherd called "The Great Debate: Progress vs. Pluralism" is out in the May 2011 issue of Poetry.  You'll probably want multiple copies.
Posted by Archambeau at 5:30 PM 1 comment: