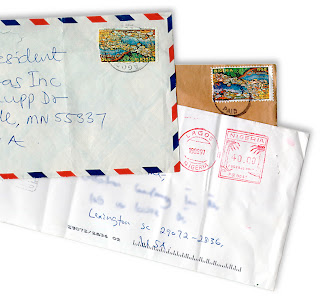 As I forge my way forward through the second-last of the big writing assignments I took on for the summer, I thought I'd post links to a couple of poems of mine that are up online. Consider them further proof that I haven't been chased into the wilderness by a bear, struck by lightening, beaten at chess by a 12-year old and therefore been driven into a silent depression, or otherwise been rendered incapable of blogging.

The first piece, which was written for a musical collaboration that's still in the works, is called "Manifest Destinies, Black Rains", and is up (beta-style) at Zach Barocas' The Cultural Society, which will officially unleash a new issue soon. This is a kind of splicing-of-found-texts piece, something I've been keen on ever since "Citation Suite", my first chapbook from Wild Honey, published by the great Randolph Healy about a thousand years ago. In a semi-direct way I suppose it contains (for what it's worth), what I have to say about America projecting its power across the Pacific. Yeah. So uh, expect major changes in foreign policy soon.

The other newly-public piece is called "Letter to Albert Goldbarth", and is up at Adam Fieled's P.F.S. Post. It's a kind of writing-through a poem from his Budget Travel Through Space and Time, and I really did send it to Albert as a letter (an actual, paper letter: the man doesn't do email). I think it works without any knowledge of the original poem upon which it riffs, but I'm in no position to be the judge of that, really. Anyway, it's been lying in a drawer (or, rather, in a file on my laptop) for a while: I remember writing it after I'd reviewed Goldbarth's book, about a year and a half ago.

Makes me feel bookish as hell — all these being poems made out of other pieces of writing. Then again, I've always carried as a touchstone a weird little moment of television I caught on a moniter in an airport when I was in highschool: a young Italian fashion designer was being interviewed by a woman who accused him of being derivative. "I combine the things I love, the things that fascinate me, things that have already been made. I am not ashamed of this."

Okay. Time to hit the bike trail with a couple of pals. The goal is thirty miles today, but there's a good chance we'll crap out at the sight of the first ice-cream truck.

Posted by Archambeau at 10:38 AM No comments: