The Academization of Avant-Garde Poetry? 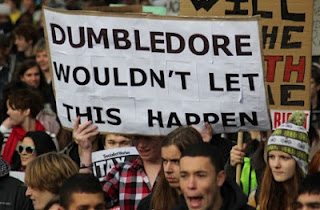 Some come to praise, some come to bury, but all the poets and critics have come to comment on Jake Berry’s thorny, problematic, provocative little essay "Poetry Wide Open (Fragments in Motion)."  Berry’s essay appeared some time ago in The Argotist, and now we have a host of responses—some 16 in all—by poets and critics from both sides of the Atlantic and all over the spectrum of poetics.

Here are a few highlights from the commentaries:

Breaking away from established forms is not in and of itself a virtue: Berry does not escape the still commonly held fetishism of “make it new.”  But I do agree with Berry that most of the poetry produced in creative writing programs is indeed “a reproduction or reworking of the original works and methods.”  The development of a poet as an “individual talent,” as T. S. Eliot understood the term, is tremendously difficult, given the dialectic of tradition and originality which Eliot describes in his classic essay.  My sense is that such growth is not made any easier, and may well be stifled, in most creative programs. To be sure, there are gifted teachers in many programs who nurture their students’ talents without imposing a party line. But it is in the nature of creative writing programs, within an academic system that emphasizes professionalism and career advancement, to inculcate one or another aesthetic ideology to which students are encouraged to conform, in order to get published and secure a teaching post. Given the explosion of online publications in recent years, the former goal may be somewhat easier to reach. Given our current economic situation, the latter is far more difficult.

Publishing today is extremely eclectic and—with exceptions like New Directions, which has a certain trademark--one can never tell who will publish what, where, and when. It’s a pretty open and fluid situation. Just when you label Princeton as quite conservative, they publish Andre Codrescu. Columbia has just published Kenneth Goldsmith’s critical prose Uncreative Writing. It seems that the real contrast is between “experimentalism” 1980s-90s style and that of the present. Historical change is certainly important to consider. But Berry’s dichotomy between Iowa and Language seems to me a false one. Bear in mind that some of our leading Language poets attended the Iowa Workshop: for example, Silliman, Bob Perelman, and Barrett Watten.  But such contemporary poets as Craig Dworkin, Uljana Wolf, Cia Rinne, Caroline Bergvall, Vanessa Place are quite outside the Iowa orbit and yet they do get published, even if, for now, at smaller presses.

Private audiences tend to embrace the coteries and in-groups that acknowledge contexts outside the mainstream. For some, there’s a certain fierce pride in developing consumer practices outside of mainstream cultural production. Aficionados, amateurs, and those experienced and engaged in the loose affiliations of poetry often seek out art that is decisively outside the domain of mass culture. In many ways, this private concern for poetry enables an “Otherstream,” even as it is buried under an enormous veil of mass concerns stemming from commodity culture...

Berry will probably be criticized for oversimplifying the current situation—that is, for locating the poetry of the academic mainstream in terms of only two, diametrically opposed positions, those of the Iowa and Language Schools. I myself have no quarrel with this representation because it seems to me that contemporary poetry, cut off from its roots in the tradition, continues to oscillate between polarities of this kind, even if the Iowa and Language Schools have given way to other tendencies. Neither is capable of producing lasting poetry, in my view, because both are based on a fragmentary conception of the art. (At the end of his essay, Berry seems to abandon the very possibility of poetry lasting, and I shall have something to say about this later on.) The term “language poetry” is a tautology, as has often been said, because all poetry worthy of the name is language poetry; that is, its medium of expression is as much its message as what it conveys. The very fact that the Language School adopted this name suggests that most mainstream poetry for many years has been written as if language were not important, as if the poem could be reduced to a speech-act of some kind. Indeed, most of the poetry that comes out of the Iowa School poetry has no music and no language. This is poetry that fetishizes the “individual voice,” as Berry observes, which is ironic because most of the poets who work in this mode sound alike. Their work is based on what Jack Spicer called “the big lie of the personal.” So, the poets of the Language School were quite right to attack the Iowa mainstream, though wrong in the way they went about it, and ultimately part of the same futile enantiodromia (Jung’s term, borrowed from Heraclitus, for the violent shuttling between opposites).

Thanks to Jeffrey Side for putting together what amounts to a small symposium on the state of poetry (and apologies to him for not having the time to take part, except as an enthusiastic reader).