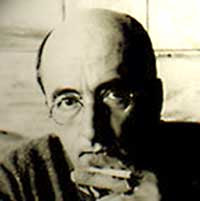 It was very sad to discover, over on Pierre Joris' blog, that Philippe Lacoue-Labarthe died on January 27th. A philosopher and a critic, Lacoue-Labarthe never really had the American fame of some of his peers, like Derrida and Lyotard. Maybe he came a half-generation too late to ride the rising tide of French theory in the eighties and early nineties, maybe his reluctance to work in English played into this (from what I understand, this was an ethical choice, not a matter off inability). I'd just been reading him, for the first time in years, in preparation for a meeting about Celan with some of the poets of Chicago. Eerily, I see that on the same day he died I copied this short passage of his into one of my notebooks:

A poem has nothing to recount, nothing to say; what it recounts and says is that from which it wrenches away as a poem.

The remark seemed especially pertinent to Celan's Threadsuns, which resists narrative and mimesis with an energy that Lacoue-Labarthe's phrase "wrenches away" catches exactly.

Part of me feels like I should stop here, having said something positive about the man who has died. But I think it would be more in the spirit of inquiry, critique and debate that Lacoue-Labarthe served for me to keep going, and think a little bit with his ideas.

One surprising thing about Lacoue-Labarthe's statement is how closely it parallels Archibald Macleish's famous assertion in the poem "Ars Poetica," that "a poem should not mean but be." I'm fond of moments like this, when someone from one tradition (especially a despised tradition — and Macleish's appropriation by the New Critics makes him a part of such a tradition) seems to have arrived at a similar position to someone from another tradition. Of course there are all sorts of differences in the two poetics of refusal (my term for the kind of poetry that turns away from statement, mimesis, and narrative). For one thing, Macleish seems to come to his position out of a powerful conviction that the poem must be an object for the senses:

A poem should be palpable and mute
As a globed fruit

Dumb
As old medallions to the thumb

A poem should be wordless
As the flight of birds...

Macleish's is an aesthetic conviction, first and foremost; in contrast, the Celan/Lacoue-Labarthe position seems to come from what is primarily an ethical conviction (in my last post I quoted Clifford Duffy about Adorno's effect on Celan, and I think this backs up the idea that Celan's later style emerged in large measure as an ethical act).

Another difference is this: unlike Lacoue-Labarthe's statement, Macleish's poem is fraught with an irony that is not always noted. If, for example, a poem should "not mean but be," then how can one account for the thesis-driven, statement-oriented, position-taking element of "Ars Poetica"? If you wanted to be uncharitable to Macleish, you could say this is contradictory and probably unintended. If you want to take a more positive view, you can say that his poem is an intriguingly self-consuming artifact, one that tears itself apart by driving in two directions at the same time. It asserts the need to turn away from meaning, but in the process turns toward statement-making and meaning.

Lacoue-Labarthe, good critic that he is, describes the wrenching action of poetry. In a different context, and a different — perhaps opposite — way, Macleish enacts that wrenching.

Posted by Archambeau at 11:06 AM No comments: