"Thank You For Warring"

So there I was, during one of the Balkan wars back in '99, preparing some teaching notes and exchanging email with Dubravka Djurić. I was in my office at Lund University in Sweden, she was in Belgrade, and we were arranging for her review of Charles Bernstein's Close Listening to appear in Samizdat. I had my radio on, and suddenly the broadcast was interrupted. The announcer, in the immensely solemn voice available only to European jazz DJs, gravely told us that American B-52s had left their bases in Germany en route to bomb Belgrade. (I'm ashamed to think how badly my always-shaky command of Swedish has fallen off since then: I'd be hard pressed, now, to read the back of a Ryvita package). Though I knew that any annoucement made in Sweden would have made use of information so broadly available that the Serbs would have knowledge of the attack, I couldn't bear the thought, however remote, that maybe Dubravka hadn't heard about this, that maybe she was in some isolated room and hadn't got the word to take cover. So I tapped out a quick message to tell her she should take precautions. She wrote back, clearly in haste (such grace under pressure! I'd have dived under a table in the basement without any kind of response), and there was a typo in her response. Instead of thanking me for the warning, as she'd meant to do, she had typed "thank you for warring."

Dubravka survived unscathed, I took some notes on the exchange, and then, sometime between 1999 and now, I worked them up into a poem by trying to find the parallels between Dubravka's typo and another typographical error made in dark times, the famous one from Thomas Nashe's poem"A Litany in Time of Plague". The poem I put together is, starting today, up online at PFS Post. 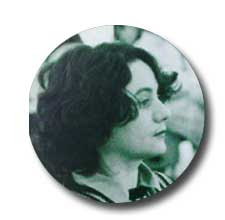 Posted by Archambeau at 11:11 AM No comments: