Everyone is connected to everyone, the saying goes, by no more than six degrees of separation.  Between your uncle the cardiologist and Vladimir Putin, between Michael Jordan and a kid working a shoeshine stand in Istanbul, there are chains of relation and acquaintance much shorter than we might expect.  This notion is the premise of Clive James’ poem “Six Degrees of Separation from Shelley,” in which he seeks degrees of connection back through time to the poet Percy Shelley.  But the real theme of the poem isn’t connection: it’s whether life is worth living.  And his answer, just barely, is “yes.”

The poem begins with this:

In the last year of her life I dined with Diana Cooper
Who told me she thought the best thing to do with the poor
Was to kill them.  I think her tongue was in her cheek
But with that much plastic surgery it was hard to tell.

That’s Lady Diana Cooper to you, pal.  Largely forgotten now, she was much-lauded as the most beautiful woman in England during and after the first world war, and was certainly among the most glamorous: the (possibly illegitimate) daughter of the Earl of Rutland, she shone among a smart set of artists and intellectuals who perished in the war, glimmered on the silver screen, and moved from the center of London society only after the second world war, when she flew to Paris as the wife of the English ambassador and became that city’s most celebrated hostess, and event eluded to in the stanzas that follow:

As a child she had sat on the knee of George Meredith
More than forty years after he published Modern Love.
Though she must have been as pretty as any poppet
Who challenged the trousers of Dowson or Lewis Carroll,

We can bet Meredith wasn’t as modern as that.
By then the old boy wouldn’t have felt a twinge
Even had he foreseen she would one day arrive
In Paris with an escort of two dozen Spitfires.

Glamor aside, we’re not much encouraged to like her in James’ poem, are we?  She died in 1986, so that nasty remark about the poor was made in an era of nastiness regarding the poor, the years when Margaret Thatcher bestrode England like a smug colossus.  Was the aging aristocrat really as horrible as her remark makes her sound?  Did she really think the poor better off dead?  The poem leaves the question open, but in the process refers to Diana Cooper in such a way as to emphasize her shallow vanity, so even if we choose to believe she wasn’t expressing elitist disdain, and only making a joke in bad taste, she appears in an unflattering light.

She’s far from alone in this, though.  As we move back in time through a chain of notable literary acquaintance, those we meet tend not to come off well.  Ernest Dowson and Lewis Carroll are mentioned in their least-likeable aspects, and the aged George Meredith is pretty much shorn of dignity with the suggestion of impotence.

As we continue to trace the path connecting James to Shelley, we meet Thomas Love Peacock and his daughter, both of whom escape savaging, though Shelley himself is made to look a bit of a fool:

The book lamented his marriage to one of the daughters
Of Peacock.  Peacock when young rescued Shelley
From a coma brought on by an excess of vegetarianism
By waving a steak under his sensitive nose.

The portrait of Shelley takes a dark turn in the next, and penultimate, stanza:

Shelley never quite said that the best thing to do with the rich
Was to kill them, but he probably thought so.
Whether the steak was cooked or raw I can’t remember.
I should, of course: I was practically there:

Here’s where the poem starts to become something more than an interesting little list of biographical linkages.  The inverted parallel’s the thing: if Diana Cooper may have wanted a mass killing of the poor, Shelley may have wanted a mass killing of the rich.  What are we to make of this?  One’s first instinct might be to see it as a historical degeneration from an era of populist revolutionary hope to one of cynical reaction.  Or perhaps one’s first instinct is sigh and think “plus ça change, plus c’est la même chose” at the sight of a civilization that grows no less bloodthirsty as it grows older.  Is it all really as bad as this, we wonder?  Did Shelley, who wouldn't eat the flesh of any animal, really wish the death of whole classes of people?  James’ answer in this poem is “probably,” which introduces an element of doubt, and with that doubt, of hope.  He drives the point home in the final stanza:

The blaze of his funeral pyre on the beach at night
Was still in her eyes.  At her age I hope to recall
The phial of poison she carried but never used
Against the day there was nothing left to live for.

From Shelley’s death to the fire in Diana Cooper’s eyes seems, suddenly, a short leap.  But there’s more to the stanza than that.  We get a powerful sense of life set against death.  We see those last flames of Shelley’s funeral on an Italian beach, where Trelawny famously clutched Shelley’s heart from amid the flames to show how his spirit lived on.  We get Shelley’s passionate life living in the eyes of Diana Cooper, and a sense of the continuous pulse of all our little lives, linked together across the centuries that bury us.  We get, most importantly, Diana Cooper’s readiness to take her life, her readiness to believe, after surviving so many people whom she loved, that life is empty—and her final refusal, even in her aged cynicism, to take her life.

In the end, James’ poem is a narrowly-run race between cynicism and the affirmation of life.  We’re given just enough hope that Lady Diana Cooper didn’t really believe the poor should die, just enough hope to believe that Shelley didn’t wish death on multitudes, and we’re given a bit of proof, in that unused phial, that someone, even in a world of hate and human folly, found life worth living.

The Poet Resigns: A Notable Book of the Year at the Poetry Foundation 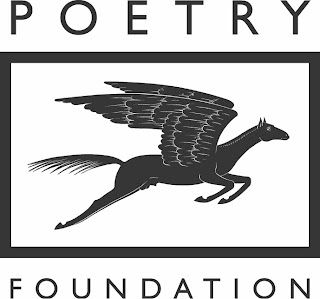 Great news! (Well, great news for me): The Poet Resigns has been picked as a notable book of the year by Alfred Corn on the Poetry Foundation's Harriet Blog.  It's in good company, too, listed alongside books by Robert Pinsky, Marilyn Hacker, Richard Wilbur, and Don Share's wonderful edition of Basil Bunting's Persian translations.

The book, which deals with the conditions under which poetry is produced (among other things) is a bit big for a stocking stuffer, but don't let that deter you.

Much love to Alfred for noticing the book!
Posted by Archambeau at 5:44 PM No comments:

Slate Magazine on The Poet Resigns 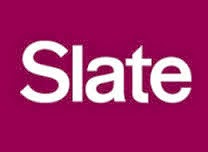 Slate magazine has asked its critics to come up with a list of the best overlooked books of 2013, and I'm very happy to see that my book The Poet Resigns made the list of the "criminally under-appreciated" books of the year.

Here's some of what Slate has to say:


Archambeau presents a complex and convincing case for the ways in which the current situation of poetry springs from and responds to its economic and cultural context—one which makes such ahistorical gripes seem lazy... Archambeau does this and much more in prose that's consistently welcoming, curious, and free of the anxiety that marks so much criticism...

Now if you'll excuse me, I'm off to pop open a bottle of wine.  The good stuff, the kind it would be criminal not to appreciate!

Posted by Archambeau at 10:37 PM No comments: