Storming the Museum of Irrelevance 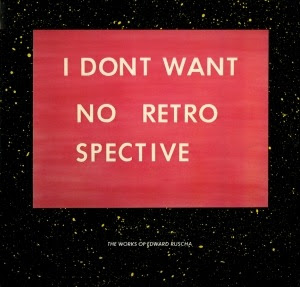 "Storming the Museum of Irrelevance", the web version of an essay I wrote for the current issue of Poetry, is now online. If you can't hear enough about the fate of the poetic manifesto, check it out. It opens like this:

Can the manifesto matter? Or is it an outdated weapon in the arsenal of the poets, a rusted blunderbuss only to be displayed under glass in the museum of cultural oddities? Questions like these seem to lurk just below the surface in “Eight Manifestos,” a special section of the February 2009 issue of Poetry, introduced by Mary Ann Caws, the unquestioned dean of manifesto studies. On the one hand, the section gestures toward the idea of the manifesto as a museum piece, both ﬁguratively and literally: a note tells us that the section commemorates the centennial of F.T. Marinetti’s “Futurist Manifesto,” and if we read all the ﬁne print we ﬁnd that several of the poets who wrote items for the section presented them at New York’s Museum of Modern Art. On the other hand, what we have aren’t essays on the nature and history of the manifesto (with the exception of Caws’s informative introduction): they’re manifestos proper, or seem to be. If the manifesto is indeed an old blunderbuss, the poets seem to have pried it out of its display case and ﬁred off a few live rounds.

Even a cursory look at the nature of the manifestos collected in the section, though, raises some doubts about how much faith poets place in the manifesto nowadays.

Posted by Archambeau at 11:57 AM No comments: