Chicago Poetry Conference, plus What George Oppen Means to Me 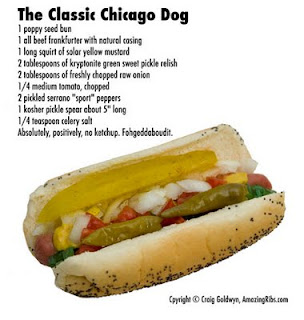 This just in from the "I Wish I Could Make It But I Still Have Mobility Issues After That Bike Accident" desk: Bill Allegrezza, who puts on the ever-interesting "Series A" events at the Hyde Park Art Center, has outdone himself, putting together a mini-conference on Chicago poetry. Here's the schedule:

In the great tradition of our bootlegger city, you're invited to BYOB.

"The conference is not associated with any university or organization except for Series A (which is not really an organization at all)," says Bill Allegrezza, "feel free to come and throw your voice into the conversation and perhaps join us afterward for food and drink." That attitude captures a lot of what I think makes the local scene special just now. 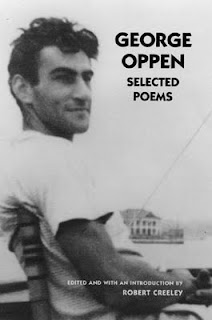 In other news, the new issue of Mimesis is out (with some content also online). It includes an essay of mine, which begins like this:

Writing the Impossibility, or What George Oppen Means to Me

In the eyes of others a man is a poet if he has written one good poem. But in his own he is only a poet at the moment when he is making his last revision to a new poem. The moment before he was still only a potential poet; the moment after, he is a man who has ceased to write poetry, perhaps forever.
— W.H. Auden

When, as a student with vague ambitions in the direction of poetry, I ran across those words from The Dyer’s Hand, I underlined them with unusual care and paused for a moment, pencil poised to make some kind of significant comment in the margin of the book. In the end, all I could write was “yes.” I’ve never really gone beyond simple agreement in my thoughts on the passage, but Auden’s statement has stayed with me for two decades, during which time I’ve accumulated the usual small hoard of indicators that one is, in fact, a poet: graduate degrees, journal publications, book, teaching job, a modest prize or two. But all along I’ve been haunted by doubts about just what we’re doing when we write poems. Why do we do it? I’ve seen the piles of submissions surrounding editors’ desks, and know for a fact the world is suffering no shortage of the things. We no longer live in an age when aristocrats commission poems to celebrate battles the way they commissioned painters to line their halls with flattering portraits. Rarely do we find a poet who, like Milton, sees poetry as a way to justify the ways of God to man. The bourgeois reader no longer turns her yearning eyes to bearded, sad-eyed sages like Tennyson to learn How to Live. And, with the possible exception of a few hacks employed by the greeting card industry, the market takes no real interest in poems. Their raison d’être is far from obvious. On a bad day, I think poetry is (at least for me) impossible.

I’m not alone, either. Recently I heard that an American poet I admire, Gabriel Gudding, was thinking of giving up poetry. The author of two well-received books, Gudding certainly wasn’t failing as a poet, but for some reason he seemed to feel that poetry was failing him. He’s part of a long tradition of poets who’ve concluded that going on in poetry was simply impossible: there’s Matthew Arnold, for example, who gave up poetry for criticism, as did Paul Valéry for a time. There’s Basil Bunting, who took a long hiatus from the art, and there’s Laura Riding Jackson, who left poetry behind to concentrate on her prose. William Empson quit writing poetry. So did Arthur Rimbaud — probably the most famous defector from poetry — when he concluded that poetry was a weak way to rebel against his parents, and took to running guns instead.

It may well be that poetry is, at this late date, an impossible art. But even if that’s true, it’s no reason to give it up. That’s what I learned from one of poetry’s great prodigal sons, the Objectivist poet George Oppen, who gave up poetry for decades before finding his way back. For Oppen, the problem was one of isolation. He yearned to connect to the world, but at the same time saw poetry as an isolating activity, setting him apart from others. The surprising thing is that he never really let go of the doubts that drove him away from poetry. Instead, he found a way to make art out of them.

Subscription and ordering information for Mimesis is available here.

And finally, in news from the "probably of no interest to anyone," I've finally joined the 21st century and turned the comments feature on for this blog. I think the decision had something to do with Bill Allegrezza's comment above about people adding their own voices to the conversation.
Posted by Archambeau at 11:14 AM 4 comments: