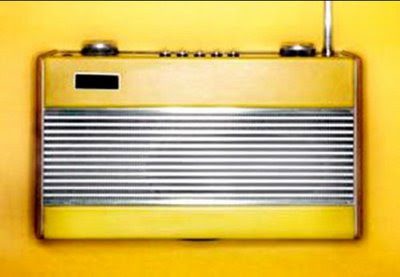 "You know when a communications medium is obsolete?" my media theorist collegaue Dave Park likes to ask, before answering himself by saying "when they start using it for art." I think what Dave means is that, when a medium is in its commercial and technological prime, it becomes a money-making machine, and artists get squeezed to the margins by more mercenary figures. But when a medium is brand new, or when, later on, it begins to lose its commericial mojo, there's a chance for art to move in. It's certainly how the movie industry has worked: the best era for American art film came in the early 70s, when television had killed off the old studio system and Hollywood started making movies like Mean Streets and Taxi Driver. Of course Spielberg and Lucas found a way to beat T.V., by emphasizing special effects and big-screen spectacle, but for a while it was directors, not producers, who seemed to be calling the shots (both Lucas and Spielberg have, of course, long since become producers themselves).

Radio, of course, is venerable, and has gone through many phases, from being a place for serial drama (another victim of television) to being all about music. And now the good people at WSUM have turned to poetry, with the weekly broadcast of "Word Salad," a kind of melding-together of poems in a big, luxuirous sound collage. They've been deluded enough to feature a few of my poems in recent weeks, and you can listen to them online.

"Two Short Films," a couple of older poems from Home and Variations were included in the May 28 broadcast, which also features work by Tom Raworth, Lisa Jarnot, Louis Zukofsky, and Anne Sexton, as well as music by Tristan Murail.

"Glam Rock: The Poem," which originally appeared in Absent, was aired on the May 21 show, along with John Ashbery, Crag Hill, Hanet Kuypers, Stu Hatton, and some Merzbow music, along with much more.

"Sheena is a Punk Rocker," which appeared in The Cultural Society, was part of the May 14 broadcast, along with poems by Nico Vassilakis, Andrea Brady, and Amanda Stewart, and music by John Adams (played by the Kronos Quartet), along with other things.

The Word Salad blog has a complete set of playlists, and links to all their shows. You could spend a long time listening to this stuff: consider yourself warned!

Posted by Archambeau at 2:02 PM No comments: