Twilight of the Comments Streams 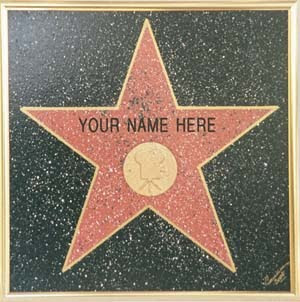 The poetry blogosphere has been wearing a black armband lately, as it mourns the demise of the comments stream at Ron Silliman's blog, and remembers the recent loss of another comments stream, over at the Poetry Foundation's Harriet blog. Much buzz has been generated about the whys and whences of it all. I have no deep insight to offer, but I do think that a recent post at the Pathologos blog offers a clue as to what's afoot.

In the middle of the post, the blogger offers a little confession about his own contribution to what many see as the hostile culture of poetry snarkiness:

i'm embarrassed to admit that on at least 2 occasions i inserted insults into blog posts that i wouldn't have otherwise included because i knew that, as a completely unknown commentator, i'm more likely to be taken seriously (or at least engaged with) the more insulting i am.

This is interesting, in that it indicates where we might lay the blame for the current state of affairs. No, not on the now-reformed blogger at Pathologos, nor even on his eschewal of capital letters — but on the attention-economy of poetry, in which people want to be noticed any way they can.

I think this attention-seeking condition is endemic to the whole American poetry culture now, and at root the issue is the surplus of supply (of poems, of opinions) compared to the demand. It is with poets as it is with aspiring Hollywood starlets: there are a multitude of them on the scene, hoping to be noticed, and few stunts are too low for someone to stoop down to them. I haven't seen any poets doing the "exposing underwear while getting out of a limo" trick, but I'm sure it can't be too far off — I just pray it isn't Silliman who goes there.

It's not that I want to impose a moratorium on poetry, or on the discourse about poetry — far from it. I just wish people didn't yearn, so much, for the few rays of limelight that do penetrate the fog.

I suppose, in the end, what we have is a failure to adjust our expectations to the new conditions under which we write poetry, and write about poetry. When the dissemination of poems and commentary was limited by the technology of print, relatively few people were able to disseminate their work, and they could imagine that the audience for what they had to say was larger than the number of other publishing writers. Now everyone with a laptop can get their work out there, but getting it noticed amid the crowd is an issue.

Everyone is famous, now, to fifteen people. We can get upset about this and hurl insults in an attempt to get noticed. Or we can roll with it. Accepting it may not be easy for the ego that yearns for recognition, but there really is no going back. And, I might add, we'd be foolish to want to go back. I am (I hate to say it) old enough to remember the curious silence that surrounded most poetry in America before the internet took off. What we have now is better in just about every way, if only we'd let go of the fantasy of recognition.

UPDATE: Bobby Baird has some good things to say on this topic.