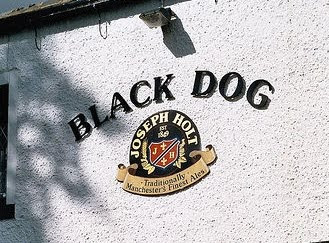 The Sunday Poetry Series, run by Okla Eliiott, is predicated on a good idea: re-presenting poems that have already been published. And I'm not just saying that because this week Okla made a terrible lapse and republished "Black Dog's Bedside Manner," a poem of mine that originally appeared in ACM.