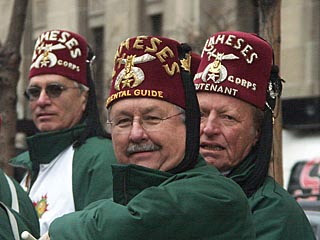 About a decade ago I got into a bit of a tussle on the POETICS email list with Aldon Nielson. If I remember correctly, the tussling had to do with political agenda of the then-new ALSC (Association of Literary Scholars and Critics). Aldon saw that their funding came largely from neoconservative sources, and worried that they would be a political front for the right wing. I said he was right about where the funding came from, but I'd been corresponding a bit with John Ellis, one of the big wheels in the organization, and from what he said it didn't seem like the outfit was going to be particularly political.

In retrospect, I think Aldon was right about the hidden agendas of a number of the founders of the ALSC, but if their convention earlier this month in Chicago was any indication, they've ended up as a fairly innocuous organization. About the most political thing I witnessed was Morris Dickstein's presidential address, in which he said he'd wanted to have the conference open with a panel on Shakespeare, because (and here he eyed the room knowingly) "there's nothing more

canonical than Shakespeare." I think he meant to fire this off as a shot in the culture wars — a volley on the side of what he took to be the Great Beseiged Tradition against the invading barbarians (feminists, multiculturalists, and the like). But it all seemed as antique as a Cold War charge of communist sympathies — the war he wanted to fight seems to have settled down into a truce that is evolving into a fairly amicable peace, and his man Shakespeare has come through unscathed after all. I mean, I'll be down at the MLA later this year, and I'm sure there will be plenty of papers like those I heard at the ALSC: New Historicist inflected readings of the plays in cultural contexts.

Scott McLemee, who was meant to speak at the ALSC but couldn't attend, says that neither organization is as politicized as their reputations would lead one to believe. One of the people I had drinks with in the conference hotel bar even went so far as to call the ALSC "an organization without an agenda." In a way, I think he had a point. When I compare the ALSC conference to another conference on a similar scale — the &NOW Festival of Innovative Art and Writing, there's a real difference. The &NOW Festival (which — full disclosure — I helped organize in 2006, and am involved in its launching-in-09 publishing wing) is dedicated to an experimental literary agenda, and draws a crowd interested in, and advocating for, a particular set of concerns. There's a lot of overlap in what they talk about, and a particular goal they have in the back of their minds. But the ALSC seems much less directed. Like the &NOW Festival, the ALSC convention serves as a place where likeminded people can hang out together (the best thing a small conference can be, and something a big conference isn't usually good at). But I don't think the gathered tweedy cogniscenti of the ALSC have much of an agenda, other than to be around people for whom John Hollander pulls more weight than does John Ashbery. 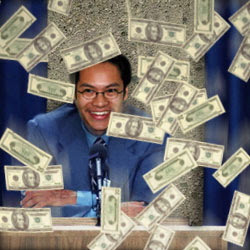 This does make one wonder about the future of the organization, but I don't think it will dry up and go away. Unlike the &NOW Festival, which runs on wild-eyed enthusiasm, the ALSC runs on what seems like a pretty full tank of cash. I also don't see the ALSC growing much: for one thing, the crowd skews much older than the usual desperately-networking-grad-student dominated literary conference. For another thing, without a specific niche to fill, other than as a kind of home for the veterans of one side of ye olde culture wars, there's no big reason for it to grow.

This became clear to me when David Fenza, head of the AWP, made some comments on a panel about MFA programs and English departments. Fenza, who is quite a good public speaker, began by making some complementary remarks about the ALSC, and mentioned that it reminded him of the early years of AWP conventions, when they could fit into a botique hotel like the Allegro, where the ALSC was being held. The AWP had grown, he said, from having 300 person conferences to having conferences with over 5000 attendees, and he looked forward to seeing the ALSC prosper as thoroughly as the AWP had. Two things struck me there: firstly, how Fenza (once a prof) had absorbed the logic of the administrator (quantity equals success); and secondly, how unlikely his suggestion of rapid ALSC growth seemed. He was probably just being gracious, but it got me wondering what the AWP had that the ALSC didn't. Certainly the AWP has no core aesthetic agenda (as the &NOW does) and no core political agenda (as many feared the ALSC would have). What it has, of course, and the ALSC lacks, is a bureaucratic agenda: it represents the interests of some 450 creative writing programs, and serves as their trade organization. This gives it an agenda, but an agenda more like, say, the insurance industry's K-Street lobbyists in Washington than the agenda of the &NOW crew. And it makes the AWP a terrible place to hang out: people aren't there to be among the likeminded (as at the &NOW and ALSC conventions). Rather, they're there to advance the interests of their programs, or to hook up a job or a publication — all instrumental goals, rather than phatic ones. If you want to hang out properly at the AWP, you've got to flee the convention and find a congenial bar nearby.

And this talk of congenial bars brings me to another kind of literary gathering, the Chicago poetry scene, which has some of its best gatherings at places like Danny's Tavern. The most recent blowout, though, was at Gethsemane church, courtesy of Garin Cycholl, poet and minister, who opened his doors to a big crowd last weekend for a great group reading (well, great

once I got off the stage after having kicked it off by inflicting a few poems of mine on the congregation). The scene is a great place to hang out: you go to any reading around town, and you know a bunch of people in the crowd. As Ray Bianchi pointed out at the Gethsemane reading, the Chicago scene is small enough that there are really only one or two degrees of seperation between everyone. For better and for worse, though, it's not a scene with much of an agenda, at least not yet. I think you need a scene to get older and bigger before it splits into factions, and for now the Chicago anthology The City Visible represents a pretty happy pluralism. I do wonder if the scene is going to institutionalize itself more: for all its reading series and bloggery, and despite the growth of Cracked Slab books, there isn't a very developed publishing infrastructure yet, nor is there a central hangout, an equivalent of the 92nd Street Y, say. Poetry is building a big new HQ downtown, and it will have reading space and a recording studio, but it remains to be seen how open it will be to the scene in Chicago (or, for that matter, how open the scene will be to hanging out there, after years of feeling semi-shut out of the biggest and most venerable homegrown poetic institution).

There's a good chance the scene could really grow, but I also worry that it may dry up and blow away, like the previous vital incarnations of a poetic communty in Chicago. New York and San Francisco are eternal: the scenes are so established and institutionalized that the fires can be kept burning even when there's nothing much really going on aesthetically. But Chicago's had a more on-and-off history, and currently I worry about a huge, Michael Anania-shaped hole in the middle of things. I mean, looking around the Gethsemane reading, I could see how many of his former students from the UIC graduate writing program were there, and how important they were to keeping things going. With Michael retired and living in Austin (which always seems to me as odd and upsetting as someone buying Wrigley Field and moving it brick by brick to Texas), I don't know if the current crowd of people he inspired will be replaced. It's sort of inevitable that people on the scene will move on, some to jobs elsewhere, some to the suburbs to have kids, and I don't know if there will be another set of Simone Muenchs, Garin Cycholls, Chris Glomskis, and Kristy Odeliuses to take their places. (I'm not sure why suburbanization is such a scene-killer, but it seems to function that way: I'm always one of the only guys in the room who doesn't live in the city proper, or in a city-adjacent town like Oak Park or Evanston).

So here's the scorecard:

ALSC: A small, phatic, institutionalized, congenial but largely agendaless organization with a steady future but no spectacular growth in sight.

AWP: A giant, growing gesselschaft-ish trade organization likely to continue to be big, useful, and unpleasant.

&NOW: A small, phatic, aesthetic-agenda-driven institution likely to keep chugging along until enthusiasm no longer makes up for the lack of money.

Chicago's Poetry Scene: An ecumenical, decentralized community of micro-institutions that will continue to prosper if the infrastructure is maintained.

I'm up for supporting all of these entities, but I feel more comfortable at the second two venues. Sometimes you want to go where people don't have to read your nametag.

Posted by Archambeau at 9:46 AM No comments: