Text as, or vs, Experience, with a Peroration Concerning the Availability of British Experimental Poetry in the U.S.A.

Steve Halle and Joanne Chapman have an interesting dialogue about poetry, intertextuality, and obscurity going over at Seven Corners. Here's a bit from Steve's contribution that struck me as interesting: 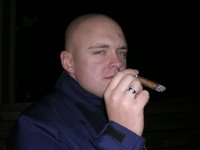 When I started in poetry and wrote poems in the lyric/Romantic tradition, I struggled to find ways to include what I was reading and thinking, so much a part of my experience. Investigative poetics has freed/enabled/permitted me to use the source as is, so I don't have to translate something in order to use it in my own creative process.

What I find particularly interesting here is the disabling dichotomy between text and experience implicit in the post-Romantic tradition Steve's talking about. I've used the dichotomy myself sometimes -- I remember trying to talk to my students about the difference between Catherine Daly's DaDaDa and C.K. Williams' Repair by saying something like "well, his poems are based in his ordinary experience, while hers are based in textuality." I suppose I wasn't completely off base, in that the poems in Williams' book tend to be slice-of-life stuff, often autobiographical, while Daly will do things like slice and dice Spenser's "Amoretti" in her series "Adorata," or compress the plots of dozens of novels in "Mistress Plot." But the simple fact that

should have been staring me in the face as I opined in the seminar room was this: reading texts is an experience. Reading Spenser is as much a part of Daly's autobiographical experience as taking a train through France is a part of Williams'. I suppose the dichtomy rests on a whole bed of unexamined and indefensible ideas about a distinction between mediated and unmediated experiences, with reading being a mediation of experience. What's that? You want proof that non-reading experiences are no less mediated than reading experiences? Okay. Look no further than the nearest Hummer H2, being driven by an actuary on his way to a time-share seminar. Look deeply into his eyes (I know it's a long way up from your battered Hyundais, oh poets, and I know you should be looking out for oncoming traffic, but this is important so bear with me, and take the risk). There -- see that strange, faraway gleam? That's the gleam of mediated experience, folks: that dude is experiencing the I-94 as an off-roadin' festival of manliness, bustin' stumps in the wilderness of his mind. Oyez. Anyway: the interesting question might not be why Daly downplays her travels and moments-with-nature, but why Williams, a well-read guy, downplays his reading experiences.

The false dichotomy between the experience of texts and other forms of experience is surprisingly pervasive in our culture. There's a whole racket out there in the vast wasteland of middlebrow contemporary educational theory devoted to this very distinction. One finds the dichotomy in discussions of poetry, too: usually in the writings of people who want to return poetry to a Romantic emphasis on the moment lived intensly in the presence of nature (I'd say "return" instead, but scare quotes were banned after the 1996 MLA -- too many repetitive stress injuries at the postmodernism panels). But you also sometimes see the dichotomy in the work of those who want to defend experimental or intertextual writing -- as in Eleana Kim's "Language Poetry: Dissident Practices and the Makings of a Movement," which holds up "deconstructive strategies" against "experiential" poetry. The irony here is this: when you buy into the distinction you've already surrendered too much ground to what I'm calling (for today) the post-Romantic tradition. Wordsworth may have bounded like a roe through the hills above Tintern Abbey, but this was no more or less experiential than Robert Duncan bounding like a roe up the stairs of Cody's Books. Dammit.

In other news, it seems I spoke too soon when I claimed that there was only one late 60s/early 70s era anthology of British experimental poetry, John Matthias' 23 Modern British Poets. Mark Scroggins has taken a minute off from jamming out like a crazed sasquatch on obscure stringed instruments to hail me from the confines of his thirty-story scriptorium in the swamps of Florida (where, when he's not jamming, he's busy with the deep, rich experience of sneezing over mouldering pages), and waves Michael Horovitz's 1969 anthology Children of Albion enthusiastically in the humid air. If anyone can tell me where to score a copy, let me know. 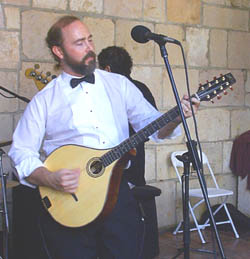 Mark also blogs away learnedly about British experimental poetry, noting that American ignorance of the stuff has a lot to do with material conditions: very little of it is readily available in the States. He's not wrong, but if you're in America and feel the urge to check it out, you can always order directly from the publishers. Salt, which puts out a lot of great stuff by British experimentalists, makes their wares available via Amazon.com, and so does Wild Honey, but some others don't. There's only one Reality Studios title available on Amazon.com, for example (Spitewater Provocations, a pamphet-length interview with Peter Riley). But you can do a bit better on Amazon.co.uk, the British Amazon, which will ship to the U.S., and is happy to accept your gringo greenbacks, reduced in value though they be by these late years of war and fiscal follies.

Posted by Archambeau at 12:58 PM No comments: