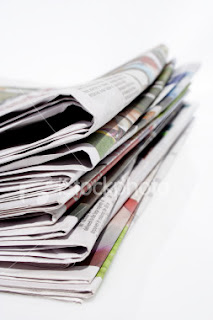 So, while Sunday morning isn't exactly a matter of Wallace Stevens' "complacencies of the peignoir" chez Archambeau, I do generally manage to sprawl around with a few cups of freshly-ground-Sumatra coffee and the New York Times while I let the Saturday night haze drift out of my mind on the gently floating caffeine breeeze. Today I added the latest issue of Pleiades to the mix, which helped jazz me out of my torpor, including as it did John Matthias' new poem "Poetics," my own piece on poetic difficulty (which I scanned for typos, spotting one humiliating one, left in due to my own proofreaderly negligence), and Reginald Shepherd's very sharp essay "One State of the Art." It was Shepherd's essay that mixed itself into a heady brew with a piece by Jim Harrison in the Times Book Review, and that, with truly first rate coffee as a catalyst, had me thinking about the beast that hulks wherever poets gather nowadays: the idea of oppositional poetry.

Long story short, I suppose my thesis here is this: a lot of poets are driven by the idea that they should be in opposition to both the dominant aesthetic ideas and the dominant political forces of their time — but when you open the hood and poke around among its innards, this idea doesn't turn out to have much to do with politics at all. And its relation to aesthetics turns out to be of secondary importance: if you were feeling generous you could call the real driving force community; if you were feeling ungenerous, you could call it conformity. (I'm sure there are exceptions). Let me explain...

Jim Harrison's piece in the New York Times, "Don't Feed the Poets," was occasioned by Harrison's rediscovery of Karl Shapiro's 1964 book of prose poems, Bourgeois Poet lying around his study. Here's what Harrison says about the genesis of Shapiro's book:

Shapiro (1913-2000) had gotten the title for his book at a party, after giving a reading in Seattle, when Theodore Roethke called him a "bourgeois poet." The question is why it caused Shapiro such severe unrest that he poured heart and soul into what is really one very long poem?

The answer, says Harrison, lies in Shapiro's not-unusual "heroic notion of the poet," a notion formed early on and persistenting throughout his life. And when Shapiro wrote Bourgeois Poet, he was obsessed with the French Symbolists. "This explains a lot," says Harrison,

...since Shapiro's notion of what a poet was implies the outsider, the outcast, the outlier, one who purposefully deranges his mind to write poems like Rimbaud, or one who could not walk, so borne down was he by his giant wings, to paraphrase Baudelaire.

So this was the image of the poet, but how do you maintain it if, like Shapiro, you're tenured and respectable, and your concerns revolve (as Kenneth Koch used to say of the poet-professor) around "the myth, the midterms, and the missus"? As Harrison puts it, "How can you be raffiné ... on a campus in Nebraska?" What's interesting here isn't really the answer to that conundrum (if in fact there is one), but the persistence of the question, and the way Shapiro experienced it with a terrible urgency. It really ate him up, this charge of respectabilty. To be a poet, he had learned from the Symbolist tradition, meant to be an outsider — or better yet, to be part of a brotherhood of outsiders — or even better still, to be a part of a brotherhood of outsiders intent on defying the aesthetics and politics of the establishment. But all of this inherited sense of What A Poet Ought To Be was very different from the reality of what Shapiro was (and, I suppose, most poets in America since Shapiro's day, actually are). So it tore Shapiro up, as a perusal of the self-hating pages of Bourgeois Poet makes clear.

What's extrordinary here is this: it somehow isn't enough for the poet to embrace oppositional politics. To conform to the norms of the oppositional poet he actually has to assert some kind of equation between his formal practice and his oppositional politics. Consider Yvor Winters: as Reginald Shepherd recently pointed out in his blog, Winters is almost always dismissed as a reactionary, even though his political positions throughout his life were impressively progressive, and even courageus. He was a member of the ACLU in the McCarthy era, and joined the NAACP before civil rights became a respectable position among white guys. But he never drew an equation between an oppositional politics and formal experiment in poetry, and, having avoided this equation, he doesn't fit the inherited idea of an oppositional poet, who must combine the two, and see them as somehow the same thing. (Why does a commitment to old-school metrical poetry trump the whole anti-McCarthy, anti-Jim Crow business? It's an interesting question worth investigating properly sometime...)

Just as important to the sense of Winters as reactionary is another factor: Winters' refusal to be identified with a band of brother-outsiders. I always knew Winters was a loner-curmudgeon type, but I

never got to see the stubborness with which he protected his solitude until the latest issue of the Chicago Review clunked into my mailbox a month or so ago. The issue features an astonishingly cool and very large selection of Kenneth Rexroth's correspondence (edited by John Beer and Max Blechman, who totally deserve a shout-out for this). There's a fascinating exchange between Rexroth and Winters, in which Rexroth tries to wrangle Winters into attending the 1936 Western Writers Conference, which was to be a big oppositional-writers love fest. Winters voices some radical opinions (especially about Communism), and hints at his political activities, but is absolutely averse to the "let's get together and speak truth, not to power, but to ourselves" ethos of the radical writers congress. So Winters wasn't one of the boys, and he didn't write in the approved style of the bien-pensants, and, as far as his reputation goes, that seems to have meant more than the gutsy stands for the left that he actually did take. (Lest we think this kind of thinking dead, I might mention a big argument I got into after the Chicago MSA a few years ago, in which some people ganged up on Stephen Burt in his absence, calling him a right-winger. Some of Steve's poems rhyme, and he hangs with Helen Vendler, but I'm not inclined to the belief that this makes for right-wingery in politics — Steve was out there knocking on doors and holding placards for the good guys during the '04 elections, I recall, while I was curled up with my Mallarmé and my self-righteousness).

So this idea of the oppositional poet isn't entirely about political beliefs: it's about belonging as much as it is about believing. And one belongs, in no small measure, by displaying the appropriate formal plumage. Politics takes a back seat.

Anyway. Reginald Shepherd's Pleiades piece gets to the core of these issues by pointing out that there's kind of a disconnect between the things we think we mean when we speak of "oppositional poetry" and the what we actually mean. Shepherd begins by smacking both the poetry of "earnestly mundane anecdote" and the poetry of "blank-eyed, knee-jerk irony" upside their respective heads. He then goes on to say: 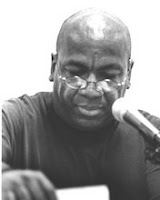 I am particularly disturbed by the self-righteous complacency of what Ron Slate calls the avant-gardeners, so smugly convinced that the grass on their side of the fence is not only greener but more virtuous. Their willful blindness to work by anyone who isn't a member of their club is especially problematic in light of their project's justification by its spirit of exploration and openness to the unknown. When it comes to the work of anyone they label a member of the "School of Quietude," all is already known, and there is never any doubt as to who is a member of this so-called school. If you're not one of us, you're one of them, and it is you who (by definition) are guilty of complacency and self-satisfaction. Such unnuanced either/or thinking is the opposite of openness and exploration, though it could be termed "oppositional" in a pejorative sense.

Zing! I mean, there it is: a lot of poets who think they're "oppositional" in the sense of opposing the (mysteriously linked) dominant aesthetic and political forces, are really "oppositional" in a very different sense: their most cherished belief is that there are two opposing forces in the world, and they yearn to be clearly identified with one side, and to condemn the other side. Much more than actual politics, this will to brand-identity motivates the thinking of such poets. (Memo to those who think formal experiment is political opposition: maybe it is, sometimes, but Dick Cheney does not fear your disjunction). Shepherd drives the point home with a great quote from Anne Lauterbach:

The aspiring young poet begins to write in such a way as to invite a certain critical attention, to 'fit' her work into one or another critical category.

This is the main function of being identified with a group or school, to draw critical attention that individual poets, not affiliated with a movement or group, cannot easily attract. "New York School" or "Language Poetry" are given brand-name status, commidifying and homogenizing, so that critics (and poets) can make general identifications and totalizing critiques without having to actually contend with the specific differences between so-called members of the group.

I don't think it's really any coincidence that the biggest pusher of the us-vs-them version of oppositionality, Ron Silliman, is also the biggest pusher of the catchphrase "poetry is community." Yeah, I know, Ron says he likes some non-langpo types, like Robert Hass (whom everyone has always liked, by the way, all through the theory wars of the 80s and 90s — for reasons I tried to investigate in the Hass chapter in Laureates and Heretics which I am promising not to talk about any more, though it is coming out this fall and will make an excellent gift for the whole family...). But unless Ron drops the whole "School of Quietude vs. Post-Avant" distinction, his protestations of bipartisanship ring about as hollow as George W. Bush's. The "oppositional" thing seems less about politics than about belonging (or, if you're in a bad mood, you could say conforming) to a community. Remember that old Who movie Quadrophenia? You can only tell you're a rocker by showing that you're not a mod. And the ruthless class structure goes on unperturbed while the two groups bash away at each other. I demand someone remake this movie, setting it at the 2006 MLA and casting Charles Bernstein in the lead!

Anyway. This bourgeois poet needs to get back to his fabulous Sumatran coffee. And to his poetic community: Stephen Collis just sent me his new chapbook, which is formally audacious in all kinds of ways. I'm hoping to blog about it later this week... 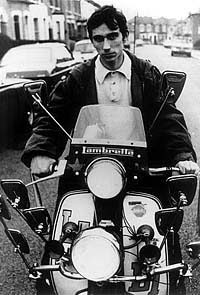 Posted by Archambeau at 1:00 PM No comments: