Getting Ugly: Adorno, Anti-Pastoral, and the Punk Body 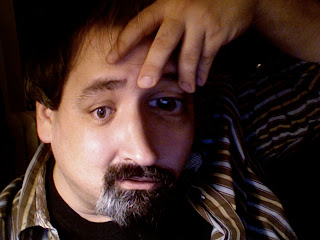 Forgive me, gentle reader, for the hyper-academic title of this post, utterly, irredeemably formulaic as it is. A punchy little phrase, a colon, a famous theorist's name, a genre, some pop culture and "the body" — half the papers at this year's MLA probably followed that format. But some day a rain will come, a real rain, that will wash all those titles from our works, and we'll go back to calling things "Aspects of the Novel" or "Some Versions of Pastoral."

But that's not why you dropped by. You wanted to know what was up with the Adorno confab in the works between Scroggins, Park, and the present humble blogger.

I wish I had my copy of Lipstick Traces handy, but I'm hanging out on the abandoned Lake Forest College campus today (old habits die hard — as the son of a prof I grew up in the university ghetto, and I couldn't wait for the students to head home so I could have the place to myself, scudding around the big concrete campus on my skateboard or, through a little minor-league vandalism, making my way to the rooftop of the chemistry building to read A Moveable Feast) (but I digress). So I'm here, and Greil Marcus' masterpiece repines on the radiator in my front room back at the house, pages yellowing in the late afternoon sun. And I'll have to respond to Park's new post on Adorno without throwing down the big chunks of Marcus' book I'd like to, though I can work with a few photocopies I've got in the office somewhere. Since I'm too jacked on caffeine to wait until I get home, I'll just have to freestyle, and throw in some bits of poetry from the Norton anthology (which is never far from my soft, pale, academic hands).

Posted by Archambeau at 3:47 PM No comments: