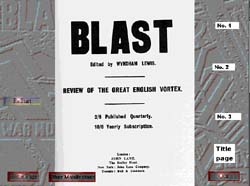 After all the speculation about the death, or at any rate the decadence, of indeterminacy in American poetry that came out of this week’s (fascinating, exhausting) discussions with Mark Scroggins, Josh Corey, Eric Salinger, and everyone who chimed in via email, I thought I ought to turn away from what I think is moribund in American poetry, and look forward, down one of the paths poetry could take, in fact a path that I very much hope it does take. That path would lead away from a poetics of indeterminacy and toward (to use the terms from George Steiner’s “On Difficulty” that we’ve been playing with in this discussion) a poetry of contingent difficulties -- of facts, reference, and investigation.

The contingent path out of the scenic mode/indeteminacy dilemma is something I’ve been thinking about ever since I ran into what I regard as an essay of real importance for our moment in the history of poetry, Kristin Prevallet’s "Writing Is Never by Itself Alone: Six Mini-Essays on Relational Investigative Poetics.” Prevallet begins with the premise that “the pursuit of knowledge as the basis for critical thinking has been suppressed and mocked for many years in this country, as if being ‘intellectual’ is a threat to being ‘normal.’” But she’s unafraid of seeming abnormal in this context — in fact, she feels obliged to turn to a poetry full of contingent difficulties.

For Prevallet, a vital poetry will combine elements of Investigative Poetics (Ed Sanders’ old project), Olsonian Projective Verse, and the relational poetics of Eduard Glissant. (She’s also interested in salvaging elements of langpo, and has more faith in the rhizome than I do). What’s really interesting and important here, I think, is the interest in historical investigation and elements of Olson’s poetics (was it just me, or did anyone else notice the weak representation of Olson at the various Orono conferences? He and Duncan once seemed like peers, but Duncan’s star seems to have risen in proportion to the decline of Olson’s).

Prevallet’s essay is really worth reading -- here for me are a few key areas of emphasis that would be useful for what I’m calling a contingent poetry:

A contingent poetry reacts to the quagmire of ideologically-spun language that makes up the contemorary haze of disinformation by making specific investigations, definite investigations about particular things. Despite all the flaws of The Maximus Poems, they offer a model for this kind of thing. Here’s what Prevallet says:

To Olson, history is a complex organism in which an individual connects to his (her) locale through "what he knows, what he really knows." History is what connects a person to space and time; it is not a force that acts upon the individual from the outside. Rather, it is story, imagination, poetry—it is a verb meaning "to find out for yourself." So, instead of allowing larger power structures and forces to act upon you as a passive, helpless object, you act upon them subjectively by expanding your knowledge and writing the story of the universe as you see it—based on the facts and observations that you have collected. Olson's work emerges from the messy materials of historical accounts, notes, and raw information.

Contingent poetry would work with historical texts and let them into the poem. Prevallet is most interested in this in her discussion of Eduard Glissant (whom she calls, using Glissant’s terms, a “relational poet”):

These questions of Relation extend to the very moment of the creative act. How do poems get written? Where does that flash of creativity come from? What is inspiration? The Relational poet simplifies the first question by discarding the last, and rather than sitting on mountaintops waiting for genius to strike, looks around and begins collecting, accreting, gathering. Glissant writes, "We no longer reveal totality within ourselves by lightning flashes. We approach it through the accumulation of sediments. . . . lightning flashes are the shivers of one who desires or dreams of a totality that is impossible or yet to come." This emphasis on the accumulation of sediments implies an apprehension of the world not as an unshaped bundle of materials waiting to be formed, but rather as a diverse and extensive patterning that is already formed and transforming, already imbued with a logic.

Synchronicity, says the dear old OED, consists of "two or more contemporaneous events that are linked in a meaningful manner." The goal of a contingent poetry is this kind of synchronicity.

Here are two of Prevallet’s comments on this notion:

Synchronicity, in other words, might be thought of as the opening of the poem to the possibility that poetry can be written from several perspectives at once. When the practice of Investigative/Relational poetics is applied to synchronicity, what results is not the obliteration of the observed moment into the overall assemblage of the poem or collage, but rather an activated field in which the source appears in spite of its rough edges.

Through these practices, poetry is infused with the flow of larger reality, a space occupied with objects in constant motion, and with people—us—who exist in relation to both our personal histories, our political inheritance, and the strata of the land upon which we are standing.

Coming soon in another post -- this will be long, and I’m not unaware that I’m taking up too much of your time already, gentle reader.


Some Bibliography for Contingent Poetry

Prevallet’s essay is probably the most important document for contingent poetry, although she, unconcerned with Steiner’s categories, never uses the phrase.

Ameliel Alcalay’s from the warring factions and John Matthias’ New Selected Poems strike me as important texts for an understanding of contingent poetry.

A new look at Charles Olson’s The Special View of History would be useful.

Okay, then: there’s version 1.0 of my thoughts on one possible future for poetry. This doesn’t mean a total break — one could find many elements of contingent poetry in post-avant work, and even in some works of the scenic mode (Prevallet is quite keen, for example, on Muriel Rukeyser). But the question is one of emphasis, of turning away from the primarily ontological difficulties of indeterminacy, and the bad-faith simplicity of the scenic mode, toward a new kind of difficulty, more definite, more documentary, more fully based in history, more investigative. Any thoughts for 2.0?

Posted by Archambeau at 1:43 PM