Yeah, I know what you're thinking. You're thinking my friends are probably a bunch of stooges and degenerates. A plausible guess! I mean, just look at these guys: 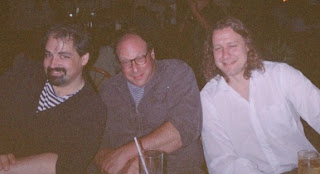 Okay. So that's me on the left, and the blameless Ben Goluboff in the middle. But Stefan (on the right, visiting from Norway) — he's the one you think is sketchy, right?

And then there's this guy, also on the right, next to Sarah Conner (who illustrated the Kafka Sutra). Yep. It's none other than the deeply-suspect Dave Park: 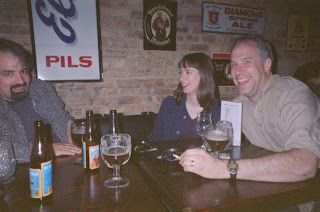 But think of them what you will, these degenerate yos with whom I hang managed to rouse themselves from eating Funyons off the couch cushions long enough to finish their books, both of which appeared this week: Stefan Holander's Wallace Stevens and the Realities of Poetic Language and Dave Park's History of Media and Communication Research: Contested Memories. All thinking people are instructed to purchase copies forthwith! 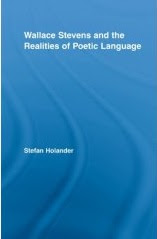 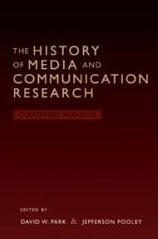 Posted by Archambeau at 8:17 PM No comments: