Between Baudelaire and the Catholic Left: An Open Letter to Ray Bianchi about César Vallejo 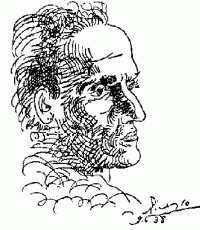 Ray Bianchi's got an interesting post up about César Vallejo, the great Peruvian poet, revolutionary, and denizen of Parisian bohemia (it was in his capacity as Parisian deminondaine character that Vallejo got his portrait sketched by Picasso, as seen to the left). Ray makes some good pints about the Andes as a cultural region (and he ought to know: he lived in Boliva) and mentions, with some frustration, the relative obscurity of Vallejo in the United States. Despite his less-bulky output, Vallejo ought to be the peer of Neruda, but comparatively few have read him. I confess to having been one of the ignorami until a few weeks ago, when Ray turned me on to Vallejo's work. By way, perhaps, of starting a bit of a dialogue, here's a letter I sent to Ray after reading Vallejo for the first time:

Just read Vallejo's first book, Los Heraldos Negros. I can see why you like him. I remember you writing,a propos our meeting about Celan, about how Celan didn't appeal to you, in part because of his rootlessness. On a first reading, I'd say that Los Heraldos Negros is a profoundly rooted book, even though it is by a man who is soon to go into a kind of exile.

What strikes me most is the strange combination two things: on the one hand, there's a strong, socially-concerned, Catholicism-and-Familia element to the poems; on the other hand there's an almost equally strong Baudelairian sense of the poet as accursed and isolated.

"His home town was small and provincial, with an ancient and living tradition of large, affectionate families who were of necessity mobilized, as it were, against the physical and spiritual onslaughts of death in its ancient and modern forms: disease, undernourishment, and cold on one hand; the officials of the tungsten mines on the other..."

And for the late Baudelairian (or very late Byronic) sense of the poet (something akin to what Baudelaire gives us in his poem "The Albatross" -- do you know that one?) there's Vallejo's "Espergesia," with its refrain "Yo nací un día / que Dios estuvo enfermo."

Anyway, thanks for turning me on to Vallejo. I'm looking forward to reading the more surreal stuff from Trilce, and to what I'm told are the strongest poems, in Poemas Humanos.

In other news, Michael Anania will be reading at Danny's in Chicago on the 21st. As the famous father of one of my former students would put it, "I pity the fool who misses this." 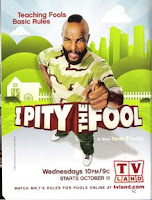 Posted by Archambeau at 9:58 AM No comments: