Hot news, people!  An independent scholar living in Whiting, Indiana, has assembled biographical notes on the life of Fallon McPhael, whose wake we are to observe one week from today (7:00 pm at The Charnel House in Chicago, 3421 West Fullerton) with tributes from Chicago poets & writers, music, drink, and—as specified in McPhael's final will and testament—burlesque.  Not only has our scholar put together a biographical sketch, he has managed to bring before us previously unpublished poetic works from the great man's final years.  Behold, and be enlightened:

Some Notes on the Life and Times of Fallon McPhael

Fallon McPhael (Fáelán Máel Ó Secnaill) was born 1919, 1920 or 1922 (his own reportss differ) in Inniskeen, County Monaghan, Ireland.  There is very little reliable information about McPhael’s parentage or his childhood circumstances.  By one of his accounts, he was fathered by George William Russell, the Irish poet, artist and mystic known as AE, during a walking tour of Monaghan in 1919.  In another McPhael story his father was an Ulster Catholic his mother found hiding in a hay rick. McPhael briefly attended Kednaminsha National School, and his name is on the 1935 student registry of the O’Connell School in Dublin.  By his own account, though no one else’s, he studied at University College Dublin, where he is said to have said that he was a member of the Literary and Historical Society and editor of Comhthrom Féinne (Fair Play), the College literary journal.  The name, Fallon McPhael, never appears in the journal, though there are several instances of a Gaelic pen name that bears some similarity to his own, Fáolán, the Wolf, and the reviews published with that by-line show early signs of the bitter, reproachful tone of McPhael’s later literary journalism.

We have only McPhael’s often contradictory stories to account for his life in Dublin after the time he claims he left University College.  He was, by his own lights, a motorman, professional sparring partner, gun runner, publican, procurer, counter-tenor and bookie.  The novelist, Flann O’Brien, writes in a 1949 letter that he had come across McPhael working in the Brown and Nolan Bookstore in Dublin.  “There was McPhael, the caustic scribbler, behind the counter at B & N, a fictional writer employed in an invented establishment. “  We do know that for a time McPhael lived with the poet, Eugene Watters (Eoglian Ó Tuairisc), and his wife near Cork.  The arrangement apparently ended in a domestic dispute during which Watters shot McPhael in the foot.  “Now,” McPhael said of the ensuing limp, “I’m Oedipus without a complex.” In later years McPhael spoke with nostalgia of Watters and his wife.  “Eoglian treated me well, don’t you know, as Dermott in his poem, “Dermott and Grace.”

McPhael came to the United States sometime between 1950 and 1953.  Apparently, he lived in New York for a year or so before going to Boston, where he was arrested in 1955 for public drunkenness and lewd behavior.  During his arraignment he convinced the magistrate that he was the illegitimate child of Joseph P. Kennedy, and the charges were dropped.  About the episode, Kennedy is said to have said, “These fools will believe anything pronounced in a deep enough brogue,” though he was obviously concerned enough to give McPhael “a princely sum” and send him to Chicago, where he was given a job as a ghost night watchman at the Merchandise Mart.

McPhael’s literary life in Chicago is well documented—his frequent quarrels with Algren (“as Irish as a Jewish Swede can be,” he wrote), the drinking bout with Mike Royko and his time as the stand-in accordionist at Riccardo’s.  There is no evidence at all that he ever fought Norman Mailer, in the ring or out.  The one fight he is credited, or rather discredited, with was against the Irish poet, Patrick Kavanagh, in 1964.  Kavanagh was in Chicago for an appearance at Northwestern, and somebody named Fink decided it would be a good idea to bring the two great Irish writers together.  After a considerable amount of drink, Harp (McPhael’s ale of choice) followed by Jameson’s, the two began reciting poetry in Gaelic. Their argument was either over grammar or cadence; no one could tell which.  Challenges were made, and a fight was arranged.  Someone pointed out to McPhael that Kavanagh had only one lung.  McPhael replied, “And don’t I know that,” pushing a pencil stub into one nostril, “fair’s fair.”  Descriptions of the fight vary wildly, though Studs Terkel, who was there, said that there was more wheezing than punching.  It ended with both Irishman vomiting on the shoes and pant legs of the crowd around them and a boisterous verse or two of “Arrayed for Bridal.” McPhael’s literary reputation in Chicago seems to have been based, almost entirely, on his ethnicity, ceaseless bad behavior and energetic litigiousness.  “As far as I can tell, “Don Rose once wrote, “all of McPhael’s published books were the result of out-of-court settlements of his endless law suits.”

In the mid 1960s McPhael had a position as Advisor to the Irish Collections at the Southern Illinois University Library in Carbondale, a job he got through the Irish barrister and genealogist, Eoin O’Mahony, who was a Visiting Professor in Irish Studies there.  O’Mahony was fascinated by McPhael’s undetermined lineage and had, based on sentiment alone, filed a number of law suits on McPhael’s behalf.   Shortly after O’Mahony returned to Ireland to mount an unsuccessful campaign for Prime Minister, McPhael was fired from the University.  The official cause for dismissal was that in his time in the library he never recommended a single book he had not himself written, though stories persist that having taken over O’Mahony’s class in Gaelic, he taught the students that Gaelic could only be pronounced when half clothed and through a pallet tempered by Jameson’s.

There is no evidence that McPhael ever married, though he “kept company” for at least twenty years with the Irish-Australian playwright and actress, Kathleen O’Houghlihan, “the Countess Kathleen,” as he called her.  She is the editor of his last, and as yet unpublished, collection of poems, In Excited Reverie. According to O’Houghlihan these poems were written in rhyming tetrameter on condoms she brought to him in St. Bridget’s Home, where he spent his last years.  “He wrote them out with a red felt pen on the stretched out condoms, then rolled them up again and put them back in their wrappers.  ‘It’s how poems ought to be written,’ he told me, ‘in excited reverie.’” His plan was to have Kathleen put the condoms back on the drug store shelves, so that they would be discovered and read, as he put it, “in extremis.”  “I couldn’t bring myself to put them back, you know, and lose the poems forever.  And then, he claimed that he wore them for the writing, so it didn’t seem right.”   The verses are varied in quality and sentiment.  Here, with Ms. O’Houghlihan’s kind permission, are a few of the more decorous examples;

‘Twas Yeats’ ghost took Paddy’s lung
For every plowman’s song he’d sung
And Joyce that made poor Flann a drunk,
The curate pouring for the monk.

On the Armagh Road I met a lass
And by St. Agnes’ pinched her ass.

* * *
A. Norman’s gone from Leeds, a prince,
With poems to make all Hades wince.

* * *
A laureate, then, this Heaney or Hiney,
A man of parts, Eeney, Meeny and Miney,
Ulster man, more green than orange,
As tuneful as a rusted doorhinge.

Irish poets learn your trade;
A rhyme can often catch a maid
And if there are no maids about,
A carp’s as tasty as a trout,
Which is to say, you drop your line
And judge whoever takes it, fine.

* * *
Billy, the Golden Dawn entreats
From wet and chilling yellow sheets
And the Celtic Twilight glows
From pustules on my numbing toes.


Yeats’ ghost:  Eoin O’Mahony (see above) said that the ghost William Butler Yeats’, Irish poet (1865-1939), was “about in the world” and had for various slights and misdeeds killed several people, among them Thomas Hone’s son and AE’s secretary. Kavanagh’s poems ennobling farm labor could be seen as offending Yeats’ view of Romantic Ireland.

The monk:   One of O’Brien’s many pseudonyms was Brother Barnabus.

Armagh Road:  In Dublin the Armagh Road ends at the Church of St. Agnes.  The couplet was probably meant to recall Patrick Kavanagh’s romantic poem, “On Raglan Road.”

A.Norman: A. Norman Jeffares, Irish scholar (1920-2005) was Chair of English at Leeds University.

With poems:  Jeffares edited a volume of Irish Love Poetry.

Hiney:  One of the many variants of the Anglo-Irish surname, Heaney.

Eeney, Meeny and Miney:  This counting rhyme may suggest Heaney’s family’s history as cattle traders, though it may refer as well to the channel islands and Druidic sacrifices on the Isle of Mona.

An Ulster man:  Heaney was born in Northern Ireland to a Catholic family, hence “more green than orange.”

Rusted doorhinge:  May well allude to the “rusted gate” passage in Yeats’, The Celtic Twilight, or to the unused door through which in Celtic mythology  Cuchulain threw the stone that killed the Hound of Ulster ( see Yeats’ play, On Baile’s Strand (1904).

Golden Dawn”:  A Hermetic mystical order in England in the 19th and early 20th centuries.  Both Yeats and Maude Gonne were active members of the Order.

The Celtic Twilight:  An 1891 book of essays by W.B. Yeats.  The ‘twilight,” Yeats thought, would give rise to a Celtic revival, led by poetry and the arts.

toes:  A reference to the Celtic fairies,  about whom Yeats’ says in The Celtic Twilight, “their feet never tired.” 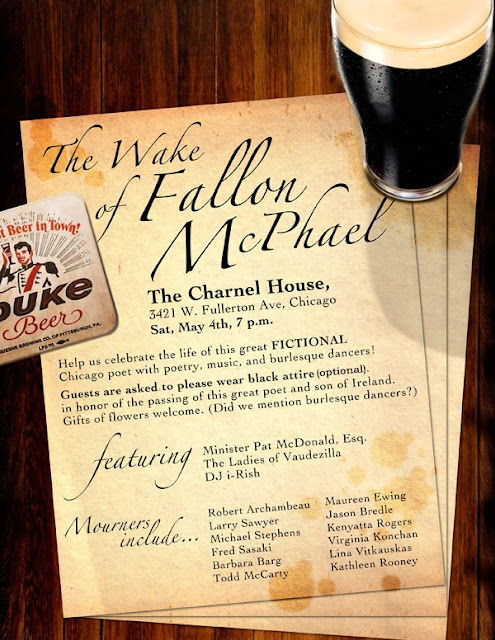