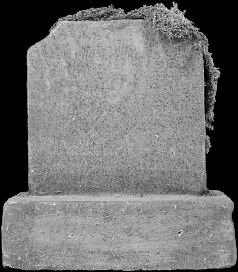 "What!?" you say, "an age is over? Did I miss something?" No, nothing is over, and you didn't miss anything. I've just decided to go big with some further fallout from the recent Salinger-Heller-Finklestein-Scroggins conversation (from Culture Industry, Say Something Wonderful, and Cahiers de Corey) about poetic difficulty, and make a Giant Unsupportable Claim to lay atop a few minor observations about poetic indeterminacy. The Giant Unsupportable Claim is that, for the last forty-some years, the dominant kind of difficulty in American poetry has been indeterminacy -- so much so that in much casual talk about poetry "difficult" and "indeterminate" are virtually synonymous, despite the wide range of other kinds of difficulty outlined by people like Steiner (thanks to Mark Scroggins, by the way, for setting me straight about "ontological" difficulty -- I've changed the term from "metaphysical" to "ontological" in the post below). Poetry that works with this kind of difficulty has become one of the dominant modes of American poetry -- not only among the sorts of poets that Ron Silliman likes to blog, but among many of the poets we see in the American Poetry Review. So, I thought it might be worthwhile to try to parse out some of the different kinds of poetic indeterminacy. To that end, a few preliminary notes:


The Indeterminacy of Negative Capability.

We know one form of this from Keats -- when he ends the "Ode to a Nightingale" with the question "Do I wake or sleep?" there's no for us way to answer that question with any certainty, and he doesn't feel any need to pursue the point. This is a way of enacting or portraying a state where the reaching after determinate certainties is impossible. A more contemporary version of this, though, involves a variation on the old Keatsian model. Instead of dramatizing a moment of negative capability on the part of the author, the poem will create a moment of where the reader is left with an undecidable interpretive choice. We'll see several ways of piecing together the words, but we're left without a basis for choosing one over the other. The poem forces us into a position of hermeneutic negative capability. Bruce Andrews' "Bananas are an example" is (ahem) an example. William Howe, thinking about Andrews' poetry, notices this kind of indeterminacy and finds himself in a position of hemeneutic negative capability, then grumbles about it a bit, writing:

One of the problems with language writing is that it works too well, in that it destabilizes language to the point that it becomes difficult to give a normative critical reading of it. This is particularly true in the case of much of Bruce Andrews's work. So much so that normative reading is problematized to the extent that a close critical reading becomes much more difficult than looking at the work in general and making broad statements about how it fits into a poetics or politics (and there may not be any difference between the two in reality). Part of the reason behind this overt problematization of a close critical reading of language writing is that language writing resists translation . . . in all its forms.

Pity the critic who wants to say something particular and definite about such works. If such a critic really wants to do close readings of long stretches of poems with this kind of indeterminacy, he's going to find himself having what George Steiner calls a "modal difficulty" — he'll be out of sympathy with the project. A lot of kvetching about language poetry probably comes from such modal difficulties with the indeterminacy of negative capability (hermeneutic variety). 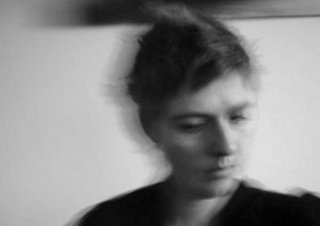 What is often taken for indeterminacy can also be a matter of determinacy by means other than syntactic coherence. That is, a poem can make no sense by the rules of conventional syntax, and present us with a kind of undecidability in those terms, but nevertheless offer a fairly determinate meaning once one catches on to the different rules the poem creates for itself. A lot of work that comes out of Oulipo and Fluxus seems to work in this way. Caroline Bergvall's "More Pets," one of my favorite poems from the most recent Notre Dame Review works this way. I'm too lazy to type in the whole thing (and I'm sure my limited html skills are going to result in some messed-up margins) but here's a stanza and a half:

Okay, there's a lot of interesting stuff happening here: "a more" echoes "amore," or love (in a poem about pets, which seems appropriate); "a more" also juxtaposes the singular with the plural, (which is interesting in a poem about pets as representatives of species). But the most interesting thing is this: while the poem lacks even a vestige of the subject-verb-object relation that would make it interpretable in any conventional way, it is not so much indeterminate as determinable by means other than the conventional ones. The first stanza lays out a series of distinct species, and the stanzas that follow start to pair up those species, later on producing weird hybrids like the "rabbitrat" or "rabbitnot," and even seemingly grotesque or diminished variants like the "turtle trtl" we meet near the end of the poem. The rules of assembly here are not syntactical, but a kind of mimicing of genetic manipulation and modification, and the poem is less an indeterminate mystery than it is a use of unusual form to meditate on a topic. It's as if Eduardo Kac, instead of opening an ethical can of worms by creating green rabbits as artworks, had undertaken his investigation in language. I mean, you can comprehend a poem like this, in a way that you can't with poems that traffic in hermeneutic negative capability.

I think that many of the poems Josh Corey's thinking about when he writes that "sometimes post-avant poetry has the sameness of unrestraint" in its emphasis on "phrases meeting cute" have this kind of semi-indeterminacy. While the phrases are syntacticaly disjunctive, there's usually some kind of wordplay that creates a similarity between the phrases, and the actually determinable point of the poem will be that there are more kinds of linguistic coherence than are dreamed of in J.L. Austin's philosophy. Sometimes, in those poetries that take pleasure in skipping from one kind of linguistic connection to another (I love Josh's "phrases meeting cute" as a description of this) that's all there is to the poem. This can seem tremendously clever or stupendously tedious, depending on the poem, or how late into the evening the reading takes place. I've been at group readings where, after six or seven poets working this vein of indeterminacy, no degree of cleverness will overcome my desire to club myself into a stupor with a chair. Thank god the chairs are usually too full of poets and professors for me to get my hands on one and lay into myself.

So why does what I've pretentiously called The Age of Indeterminacy run from 1962 until 2005? '62 was the year of Asbery's Tennis Court Oath, which seems as good a year as any to pick for the time when indeterminacies of various kinds pulled ahead of contingent difficulties (intertextual look-it-up-or-you-won't-get-it stuff) as the leading kind of difficulty in American poetry. '05 is, of course, now -- the year when I realized that indeterminacy (like the rhizome), had started to become a mannerism. This has happenend with indeterminacy before, around a hundred years ago. Then it led to some modernist grumbling about "the exact word," "direct treatment of the thing," and a poetry "austere, direct, and free from emotional slither." I don't see such a puritanical reaction on the horizon right now, but something's afoot when David Orr calls Jorie Graham out for being "strangely bleary" in her "arty vagueness," and plausibly asks (of the beginning of Graham's ''Praying (Attempt of April 19 '04)'') "what are these lines about? Generalized angst? Adobe Acrobat?"