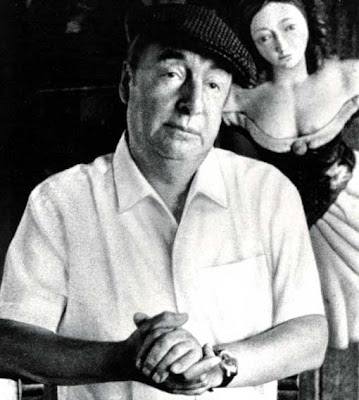 Since returning more-or-less unscathed from the MLA convention in Philadelphia, I've been spending mornings kicking back with a couple of the books I got for Christmas: Pablo Neruda's giant Canto General and a weird little anthology of essays called Armitage Avenue Transcendentalists, edited by Janina Ciezaldo and Penelope Rosemont. It makes for an interesting combination, between sips of coffee and getting up to chase after my increasingly mobile 11-month old daughter, Lila. In fact, the pairing of these two books is almost a set-piece illustration of the difference between major and minor literature.

I know those sound like loaded terms: "Major Literature" seems like it must be Important and Good, while minor lit sounds like something unimportant and, potentially, poorly written, or at least unambitious. But I think of the terms the way Gilles Deleuze used them. For Deleuze, major lit is the kind of literature that seeks to speak for the dominant values of a society (think of Dante here, speaking for late medieval Catholic civilization and articulating its world-view), while minor lit is critical of those values, sometimes directly, and sometimes through all kinds of indirect means (formal weirdness and irony or what have you). Deleuze seems to like the minor more than the major, as do most of us in the non-commercial worlds of academe or bohemia. I mean, we're sheltered from, or have opted out of, the mainstream values of our time and place, so of course we like the minor lit perspective.

The Ciezaldo/Rosemont collection is certainly a kind of minor lit production, in Deleuze's sense of the term. It's a sort of rag-bag of memoirs by, or about, oddball Chicago characters (old Wobbly-style labor guys, street artists, African-American activists of the radical black nationalism era, Maxwell Street Market weirdos, etc.). The book is gloriously marginal in a few ways: it's about people who were critical of, or opted out of, the mainstream of their society; it's about people who did so in a second-tier city; it's published by a press that doesn't get much play in the media; and it asserts the need to commemorate exactly the kind of people and events that don't get commemorated. This last thing is something that's always fascinated me about books by Franklin and Penelope Rosemont: they insist on mythologizing and praising and treating as significant a pantheon of people from their own lives, most of whom aren't well known in other contexts. Sometimes I find it a bit of a push (there's an essay by the late Franklin in the current book about his high school friends and the poetry they wrote and recited in a graveyard in the suburb of Maywood, and he treats them as if they were an important avant-garde group). But then again, the proposition is wonderful: that what's important is what we find important, and the real action is the action that was real to us. Significant art and life are not located elsewhere, and are not those things that are celebrated in the big anthologies and consecrated with the big prizes. I like that idea. I like that idea a lot. Maybe it's my provincial background at work, with all it's skepticism about the fads of the glittering and distant capitals.

In contrast, Neruda's Canto General is clearly shooting for major lit status. A giant poem made up of fifteen big cantos (I'd say about 1,000 lines each, on average), it's an attempt to lay out the geography, history, and demography of all of Latin America. It's encyclopedic, sort of rhapsodic, and doesn't shy away from the idea that it can speak of and to a trans-national community. There's a politics to it that is critical of elites, that seeks to speak for the people at large. It isn't a matter of narrow identity politics: the poem asserts the dignity and grandeur of the whole region, and flies up into the heights of the sublime. It's really good at doing this, too. I suppose the closest analogy in the literature of the United States would be Whitman's Leaves of Grass, which also seeks to speak for a continent, name its parts, define its virtues and the nature of its people, and all that. And this is where a fascinating difference comes into play: I mean, Neruda was hailed in his lifetime as a major Latin American poet, while Walt Whitman went largely unrecognized in his lifetime. I'm sure there are a host of reasons for this. When you consider the context of the poetic norms of the time, Whitman was pushing the formal envelope more than Neruda was, for example. And Whitman's queerness gets into the poetry and may have put some people off (even as it attracted others, like Oscar Wilde). But I think the main difference is this: in Whitman's time, most Americans did not experience themselves as alienated from the major institutions of the nation. They could look to the flag, the constitution, the schools, and the popular entertainments of the day, and feel they were represented. But Latin America was different. The semi-colonial nature of the place (under the thumb of the U.S.) meant that local oligarchies did not enjoy the confidence of the people, and the official institutions of the land didn't seem to represent the values of the society. So when a work of literature came forward and presented itself as a repository of social values, people were ready to receive it as such. It scratched an itch that the big social institutions couldn't.

One problem with becoming a figure of major literature, though, is that the initially liberating articulation of social values can come to seem oppressive to later generations, for whom values have changed. I think this is why there's such a strong movement against Neruda-style grandeur in later Chilean poetry. I mean, Nicanor Parra invents anti-poetry as a kind of negation of the large-scale, sublime, majorness of Neruda's poetry. And Parra inspired Roberto Bolaño's work, with its stripped down style, and its refusal to articulate values for any group larger than the disillusioned, politically frustrated, economically marginal youth of Bolaño's generation.

I suppose Bolaño's minority, in the Deleuzean sense, is one reason for his current vogue among literary types in the U.S.A, where literary culture has long since become minor culture. I don't mean to discount other, more material factors, like the coincidence of timing for all those Bolaño translations, which allows publishers to roll out his works like hit singles. But there's certainly a minor-lit fascination going on in the Bolaño craze. Reading him is, after all, almost as good as reading someone sing the praises of local oddballs, misfits, and literary weirdos. 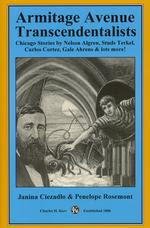