Fit Audience Though Few: Cambridge Poetry and its Readers 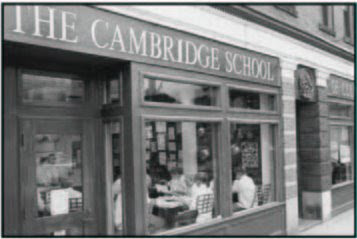 Back from Paris, where I was at a fabulous, compact conference on poetry and "the public/private divide" at the Sorbonne. There were too many excellent papers to discuss — Daniel Szabo on R.S. Thomas, Marc Porée on several British women poets, and (the best of the lot, I thought) Helen Goethals on the effect of the growth of 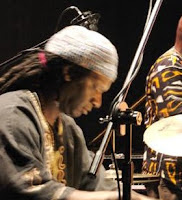 newspapers on the discursive place of poetry in the eighteenth century. I missed Stephen Romer's reading, but in the first of two odd bits of delayed serendipity I found a solid discussion of his new book in the TLS I'd brought along for the flight home. If I'm being totally honest, though, I've got to say the real highlight happened on the flight from Chicago to my layover in Amsterdam, when through some capricious gift of the gods, I was seated next to the great jazz drummer Hamid Drake, who set me straight about Sun Ra, Eddie Harris, and Kurt Elling. He knows a thing or two about poetry, too — and as I should have expected from an adventurous improvisatory musician, he's sympathetic to the avant side of things. He was also on his way to work with Amiri Baraka as part of a European tour.

My own presentation at the Sorbonne went well enough, I thought, although when it comes to poetry events I always seem to end up as either the squarest guy in a room of hip experimental types (as happened a week or two ago when I read with Adam Fieled, Steve Halle and Laura Goldstein), or the most out-there guy in a room full of respectable types. The Sorbonne event was one of the latter, really: in a room where the most admired poets were clearly Seamus Heaney, Geoffrey Hill, and Gerard Manley Hopkins (all of whom I admire) I was there to talk about Jeremy Prynne, and the debate between John Wilkinson and Peter Riley regarding Cambridge School British experimental poetry. But the audience seemed both knowledgeable and receptive, and asked good questions. One of the questions, coming from a Cambridge academic (though not a Cambridge School poetry-type) concerned what she tactfully referred to as "the presumably small, largely academic audience" for the kind of work produced by Prynne, Wilkinson, and company. I muttered something about how the work deliberately set out to demand an active engagement from an audience. But in the second bit of delayed serendipity on this trip, I found a much better articulation of the position I was trying to outline lying in my email inbox on my return. It came from a conversation Cambridge poet Keston Sutherland was having with the publisher Chris Hamilton-Emery on the Britpo discussion list. Replying to Chris' claim that the mystique of the Prynne persona plays into his reception, Keston lays down a pretty radical position about experimental poetry's readership. Check it out:

I suppose that's probably true, but before I went along with it I'd want to distinguish between readers and consumers. It must assuredly be true that lots of people have bought Prynne's books because they think he's a weird or fascinating figure, and I'm sure the great majority of those consumers do take a look inside and maybe get to the end once or even twice. I don't think I'm disparaging that use of the object if I say that for Prynne at least it wouldn't amount to "reading" the book, just as it wouldn't amount to knowing, or looking closely at, a painting if I just 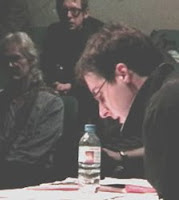 lingered in front of it at the National Gallery for a minute or two. On Prynne's terms, at least, and perhaps they are not uncommon among members of this list, being a reader of poetry means engaging closely and carefully with it, staking an intimacy on the work of interpretation, in some way perhaps even needing that intimacy or submitting to it as a sort of definition of oneself, or the component of a definition. Some poetry demands and makes possible that sort of intimacy more than other poetry. A lot of poetry would seem hardly to care about it at all, just as a lot of poetry is so infatuated with the rubric of it that it ends up as little besides an advert for the experience it imagines it creates.

Anyhow, I think this consumer/reader distinction is a useful one to keep in mind, though I'm sensible of its liability to be used invidiously and dismissively, because otherwise we might fall to thinking that, simply put, sales = culture. A lot of consumers of books are not readers. Naturally as a bookseller you have to be concerned with consumers, but I imagine most poets (I leave out the Andrew Motions and other ditzy glamour models of Oxford etc) are more interested in readers, even to the no doubt partly pathological extent that they'd prefer three readers to a hundred consumers. For that, they get called "elitist".

As Brecht said, popularity is not very popular any more. 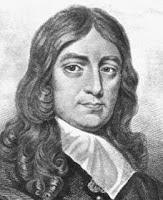 I don't think you could get a clearer statement of the kind of relationship between text and reader that poetry like Prynne's (or, from what I've seen of it, like Sutherland's) solicits. There's a real sense in which these guys are inheritors of the position Milton takes around the middle of Paradise Lost, when he re-invokes his muse, Urania, saying:


I sing with mortal voice, unchanged
To hoarse or mute, though fallen on evil days,
On evil days though fallen, and evil tongues;
In darkness, and with dangers compassed round,
And solitude; yet not alone, while thou
Visitest my slumbers nightly, or when morn
Purples the east: still govern thou my song
Urania, and fit audience find, though few...

I mean, the Cambridge crew shares with Milton the sense of opposition to the "evil days" they live in, and the "evil tongues" of public discourse, as well as a commitment to an audience of very devoted readers, rather than a broader, more casually interested readership.

This notion of audience is connected to the two things I like most about Cambridge School poetry: the seriousness of it, and the utter lack of respect for established criteria of success (book sales, awards of big-money prizes, etc). Then

again, it's also connected to the thing I've found least appealing in my (mere) year or so of rooting around in Cambridge poetry: the narrowness of it. Don't get me wrong: there's breadth of a meaningful kind — Prynne himself seems to be remarkably polymath. But if a true, meaningful engagement with a book means allowing it to define who you are, then you really are going to have to limit yourself to a very few key books (or you'd end up like a guy who used to come into the old Aspidistra Bookshop where I worked when I was a student in Chicago — he'd come in most weekends, sidle up to an attractive young woman, and, no matter what book she was looking at — Siddhartha or The South Beach Diet — lean over louchely and declare "that book changed my life...").

I don't mean to say that this kind of focus on a few key texts, or on a certain set of concerns, is bad or wrong: just that it doesn't appeal to me as a way of experiencing poetry. I'm not one of those guys "needing that intimacy or submitting to it as a sort of definition of oneself." I'm sure there's a lot to be said for it, and the distinction Sutherland draws between this kind of reader and a "consumer" hints at how being this sort of obsessive can keep one from being blown hither and yon by the winds generated by the infernal machines of marketing and consumption.

But Sutherland's use of the word "submitting" is also important, and it reminds me of something from Alan Shapiro's memoir The Last Happy Occasion, where he describes his own time spent "submitting" to the works of a poet very different from Jeremy Prynne, the formalist Yvor Winters. There was a tendency on the part of some of Winters' students at Stanford to turn to his ethical and formal ideas with something like fanaticism gleaming in their eyes, and they certainly focused on a few key texts as the only tradition worthy of their attention (it was contained in Winters' little anthology Quest for Reality). Alan Shapiro wrote about the prevalence of the phenomenon in the 1970s, after Winters' death, and he makes an explicit comparison with religious extremism. Shapiro recalls one episode from his grad school years in particular, when he was being berated by an old friend who had converted to Hasidism. “I listened with superior, somewhat contemptuous amusement,” he writes, “for I too (though I didn’t recognize it then) was a true believer, and the faith I clung to… had its sacred doctrine, replete with clear and definitive prescriptions.” While Shapiro’s friend had turned to Menachem Mendel Schneerson, leader of the Lubavitcher movement, as his spiritual leader, “mine,” said Shapiro, “was Yvor Winters.”

I'm sure that from where Sutherland sits my own kind of eclectic reading looks as shallow, magpie-ish, promiscuous and consumeristic as it probably is. And while I enjoy reading Prynne, and have found the time I've spent with his work, and the secondary writing around it, important — sometimes profoundly so — I'm never going to have the focus on him that Sutherland does. I'm not capable, in my intellectual life, of the kind of devoted submission required by a Winters or a Schneerson, and I kind of get the feeling that Keston Sutherland's Menachem Mendel Schneerson is Jeremy Prynne.