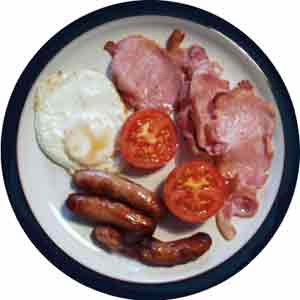 This morning I gave a poetry reading at the University of Illinois — Chicago, one I didn't advertise with my usual shamelessness because it was limited to students. I'm glad to have done it: some of them had clearly read my poems, and I saw copies of The City Visible in the room. But there's something odd about giving a poetry reading at nine a.m. I mean, a poetry reading just seems like one of those things it's faintly indecent to do in the morning, like eating buffalo wings or reading Georges Bataille. And don't even think about eating buffalo wings while reading Georges Bataille, unless you're deep into a Friday night and no one's looking. Even then, you've probably got some explaining to do.

And so this brings me to the vital question: who are the morning poets, and who are the late-night poets? Just about anyone eighteenth century works well in the morning. (There are exceptions, you say? Preposterous!) Alexander Pope's Essay on Man is probably the best rise-and-shiner of the lot, beginning as it does with a kind of clarion call, a relentlessly wholesome countryside, and the prospect of an active-yet-playful exploration:

Awake, my St. John! leave all meaner things
To low ambition and the pride of Kings.
Let us, since life can little more supply
Than just to look about us and to die,
Expatiate free o'er all this scene of man;
A mighty maze! but not without a plan;
A wild, where weeds and flowers promiscuous shoot,
Or garden, tempting with forbidden fruit.
Together let us beat this ample field,
Try what the open, what the covert yield;
The latent tracts, the giddy heights, explore
Of all who blindly creep or sightless soar;
Eye Nature's walks, shoot folly as it flies,
And catch the manners living as they rise,
Laugh where we must, be candid where we can,
But vindicate the ways of God to man.

The "St. John" (pronounced "Sinjin," like the character from Jane Eyre) is Henry St. John, Lord Bolingbroke, so we've got to feel good and chuffed from being put in such a lordly subject-position. And all that fresh air wafting in from line six on will blast the cowbwebs out of the most hung-over of heads. (The eighteenth c. knew about hangovers, too: with most water too questionable to drink, they downed booze in quantities that would make Dylan Thomas blush). And then there's God, at the end of the stanza: as the rest of the poem makes clear, this is a deist-y sort of God, a good rational clockmaker, the sort of deity you'd want to meet in the morning, not one of those Dostoevsky-and-Carravagio Gods, with the sublime bolt of sudden light that catches you when you're lying in the midnight gutter. Pope's God is more of a reasonable-explanation-for-it-all than a shout in the street. So reading Pope, you just about feel you can face the day on your own two feet.

Your great late-night poets are, of course, your nineteenth century types: Baudelaire, Rimbaud, Coleridge. If we lived in a nation with (ahem) Sound Literary Policy, there'd probably be a moment when the evening news with Anselm Hollo would be interrupted by a special bulletin announcing that it was now a felony to read any poem published between 1789 and 1914 until after dark. Poe would of course be banned entirely, unless one obtained a special permit to read him in a freezing garret with a half-finished bottle of absinthe and floorboards that creak enough to scare the bejezus out of you.

But what about what the poetry of the period volume 8-E of the Norton Anthology of English Literature assures me is called "The Twentieth Century and Beyond"? (I always hear that title in the voice of Buzz Lightyear). Morning, noon, or nighttime poetry? What's that? What? You find my paradigm simplistic and arbitrary? As bad as the whole experimental/mainstream thing of the 1990s? You wound me, sir! Wound me! I'm off to sulk over Bataille and chicken wings.

Posted by Archambeau at 2:25 PM No comments: