Good (if belated) news, everyone: John Ashbery's been appointed poet laureate of MTV (really). On balance, I've got to say I think this is a good idea. Not only does it bring exposure to an important poet, it chips away at the old high culture/pop culture division, a cultural holdover that has shambled on far too long after Andy Warhol dealt it what should have been a mortal wound. More importantly, the idea of an MTV laureate (and of any corporate laureate, really) helps to de-sacralize the idea of laureateship by dislodging it from the marble mausoleum of Serious Civic Grandeur. This desacralizing is a good thing, I think, because taking the idea of a laureateship too seriously is a sure-fire way to make the most prominent institution of poetry into something dull, sanctimonious, and good-for-you, like vitamins, oatmeal, and orthopedic shoes. I remember Michael Anania telling me about how, back in the 80s, he advised the good people at the Library of Congress against converting the position of "Consultant in Poetry to the Library of Congress" to "Poet Laureate," on the grounds that the change to a more magesterial title would mean that "nobody interesting would ever get the position again." I wouldn't say Michael was entriely right, but there has been enough of a pattern to show he had a point.

Anyway. I chose to celebrate Ashbery's most recent slice of glory by rooting around in some old books of lit crit to see what they had to say about him back in the day. I love reading old lit crit — it's a habit from my grad school days, when I found myself in classes with some would-be Young Turk profs who whiggishly spurned anything written by the previous generation of critics as obsolete. I think the Young Turks' principle of evaluation was something like "well, they're dead now, so they couldn't really have been up to much, could they?" So my ever-present pathological anti-authoritarianism kicked in, and I found myself devouring the spurned books, mumbling under my resentful breath things like "you say the New Critics were bad guys? Yeah, okay, well I'm gonna walk by your office with my nose in a copy of The Verbal Icon! Woo! Yeah! Whaddaya say to that, ya Derrida-quotin' conformist! Yeah! Lookit me! Burn this mother to the ground!" And so I'd skulk the corridors, unnoticed by all. In addition to having a generally crappy attitude toward those assigned to educate me, I worked at the old Aspidistra Bookshop, a used book joint in Chicago, and all kinds of great old academic books were always washing up there from the libraries of deceased professors, and from institutional libraries policed by the Enemies of All That Is Not Part of the Current Paradigm. So I built up a vast storehouse of lit crit from the 30s through the 70s. And cruising through my shelves of this stuff looking for old commentaries on Ashbery, I dug up one by Stephen Stepanchev, in his book Modern American Poetry Since 1945, a survey written back in 1967 (my copy is ex libris the Vivekananda Monastery and Retreat in Fennville, Michigan — how this came into my hands is beyond me, unless that roadtrip to Fennville was even more of a lost weekend than I remember). Stephanchev's got a few pages on Ashbery, and they're as good a brief assessment of Ashbery's particular talents as any I've seen. Stepanchev's no slouch as a poet, by the way, and his comments on the man who would one day become the poet laureate of MTV have turned out to be a rare example of hot laureate-on-laureate action: Stepanchev would later serve as poet laureate of Queens.

Stepanchev devotes chapters to many of the poetic big wheels of the time, and it's always interesting to see who the Big Players seemed to be at the time. There's Robert Lowell (who's still ensconced in the pantheon, but no longer the Unquestioned Champion he was, despite Adam Kirsch's recent claims), Randall Jarrell, Karl Shapiro, Elizabeth Bishop,and Jean Garrigue (what ever happened to Jean Garrigue?), as well as Richard Wilbur, W.S. Merwin, and a section on Projective Verse, where Charles Olson, Robert Duncan, Robert Creeley and Denise Levertov get treated in little sub-chapters, acknowledged if somewhat ghettoized (Plus ça change, eh?). Allen Ginsberg gets a chapter with the heading "Popular Poetry" (true enough, but is this a put-down?), and there's a bit on James Wright and Robert Bly. Then there's a chapter near the end on "other recent poets," the up-and-coming, on-the-cusp-of-canonicity types: the most prominent of whom, in our time, is John Ashbery, about whom Stephanchev says this:

John Ashbery is one of the most original of contemporary poets. His four books of poems, Turandot and Other Poems (1953), Some Trees (1956), The Poems (1960), and The Tennis Court Oath (1962) are full of startling metaphors and fresh juxtapositions of words and perceptions. He keeps pushing the limits of language; he lives on the most thinly held, the most dangerous frontiers. His impatience with the merely remembered phrase is evident in every line, though he occasionally uses a cliché to evoke a standard response which he then swamps with irony. He is not without antecedents and influences, however. He has gone to school to Wallace Stevens, from whom he gets both elegance and a furious concentration; to the French Surrealist poets, who have taught him to find fresh images in immersions in the subconscious; and to the "action" painters of the New York School of the 1950's, who have taught him to work with abandon at the canvas and to pray for happy accidents. But his voice is unmistakably his own: it is a voice that does not falter in a world of discontinuities. As a matter of fact, he seems to fear too much coherence as being a form of dishonesty or falseness. An orderly syntax sometimes forces the poet to lie, to say easy things that he had not intended, that are not of his own experience.

Ashbery's weakness is a curious opaqueness, at times, that comes from tenousness or the paucity of subject matter. But he comments — tangentially — on many familiar themes: love (seen as a form of touching, like intertwined trees), time ("we have not avoided our destiny / By weeding out old people"), art, America, Europe, the desperation of the man on the road, and the unbearable boredom of industrial society from which one can be saved only by daydreaming.

This is really quite good, isn't it? Stepanchev's prose is crisp, clear, concise, and accurate in its description of Ashbery's characteristic qualities. You may disagree with some of the evaluations (the "curious opaqueness" is most often considered a virtue now, not a vice), but still, we should all be so lucky in our critics.

After describing how the poem "The Instruction Manual" embodies some of Ashbery's typical themes and techniques, Stepanchev tries to situate Ashbery in terms of then-popular movements in poetry, saying "Technically, Ashbery is in debt to projective verse, for he works in free forms even when he invokes the "spirit" of the sonnet, canzone, or pantoum." Here, I think, the essay dates itself. The mention of Olson's projective verse just seems like a clumsy add-on, an attempt to situate Ashbery in terms of some recognizable brand name that isn't really all that appropriate.

I'm reminded of a comment Keith Tuma made in a review of Word Play Place: Essays on the Poetry of John Matthias, a book I edited back in the 90s. Looking over the essays in the collection, many of which tried to situate the idiosyncratic Matthias with reference to then-fashionable currents in poetry, Tuma singled out one by Igor Webb, saying Webb "deserves an award for not mentioning language poetry." Making reference to a school of poetry is like sporting facial hair: very few of the styles date well. (Ashbery gets away with his 70s/80s Sonny Bono mustache, though, don't you think?) (Lay off with the comments on my own rapidly-dating beard, though, okay? I'm going to rock this look until my colleagues hold me down and straight-razor the thing off, like they did with my old ponytail).

But back to Stepanchev on Ashbery. The format of Stepanchev's book seems to demand that every chapter end with a short reading of a poem. It's not a bad idea, really: big statements should always be demonstrated. But Ashbery's work, which worked wonderfully with, say, deconstructive reading techniques in the 80s and 90s, doesn't always pay off well when subjected to old-school explication de texte. Check it out:

Here is a sample of his work, a poem entitled "A White Paper":

And if he thought that
All was foreign —
As, gas and petrol, en-
gine full of seeds, barking to hear the night
The political contaminations

Of what he spoke,
Spotted azaleas brought to meet him
Sitting next day
The judge, emotions,
The crushed paper heaps.

The images of this brilliant poem suggest an American tourist's reactions to foreign places: the whirl of sensory impressions, the judgements he makes, the distress he feels at not touching, etc. The poem is entitled "A White Paper" because the tourist's predicament is always an international crisis of sorts, to him, requiring a document in explanation and justification.

I mean, this isn't bad, but the kind of reading that the format of his own critical book forces on Stepanchev just isn't all that great a way of appreciating Ashbery. Maybe this resistance to the dominant academic modes of reading in the late 60s is what kept Ashbery in the "Other Recent Poets" section of American Poetry Since 1945, just as Ashbery's affinities with deconstructive readings — his "fear [of] too much coherence as ... a form of dishonesty," to use Stepanchev's phrase — helped buoy his stock up in later decades. But watching Stephanchev approach Ashbery in this way is like watching someone try to summarize Kant's Critique of Judgment in a limerick: the form just doesn't lend itself to that task. I mean really, it's hard to carry off. My best effort so far is still:

"On matters of taste we'll agree,"
Said old Kant, "because, well, you see,
For all our proclivities
One subjectivity's
Common to you and to me."

But enough about my fruitless struggle to write the history of German Idealist aesthetics as a series of limericks. Let us all bask in the glow of Ashbery's basic-cable apotheosis. He's a god now. 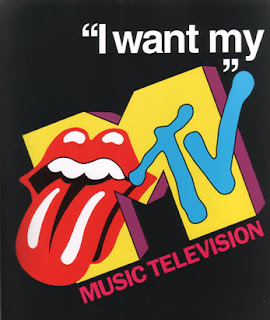 Posted by Archambeau at 4:18 PM No comments: