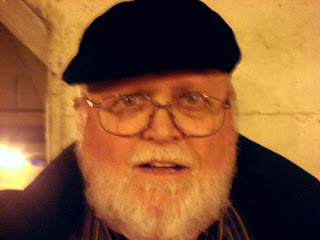 The zeitgeist is nothing if not promiscuous, and apparently she's been two-timing me with Ron Silliman, whose post today has to do with continuity and change in poetry. I'd been tapping away at my laptop about how there are continuities and samenesses within poetry, which we tend not to notice in our quest to define newness, change, and different schools of writing (if you want to check it out, and have some semi-serious time on your hands, see the post just prior to this one).

Today, Ron weighs in, and I honestly can't tell from what he's written whether we're mostly in agreement, or mostly not. Consider this, his general thesis:

The history of poetry is the history of change in poetry, an account not of best works, but of shifts in direction, new devices, new forms, as Williams once put it, “as additions to nature.” The cruder writing & rougher edges of the first to do X, whatever it might be, invariably are preferable.

For Ron, innovation is what gets noticed and recorded. Poets may come along in the wake of an innovator and actually do more refined work in the new idiom than the innovator did, but these people don't get a place in history: history, in this view, is reserved for the inventors. In some sense, I think Ron and I are in agreement: we both believe that this is how the history of poetry (and, indeed, the history of any art) gets written nowadays. What I can't tell is whether Ron thinks this is a good thing. In fact, he seems to argue both that it is and that it isn't.

For the record, I think that the story of change and difference, while sexy, is only half the story, and if we're interested in really understanding the course of poetic history, we have to look for both change and continuity, both similarity and difference. As for Ron, it's hard to say. There are moments when he seems to celebrate history-as-the-story-of-invention-and-difference. Here, for example, when he's thinking about the recent Zukofsky blow-out, he even seems to gloat a bit about history celebrating newness:

Does anyone think you could fill up an auditorium at Columbia for a weekend, for example, to celebrate the centenary of Yvor Winters, Allen Tate, Robert Francis or Richard Eberhart, the SoQ poets closest in age to Louis Zukofsky?

I think the emotional content of this is something like "Woooh-hah! No one reads you no more, Eberhardt! Suck one, fool! My team beat your team till you all cried like little crying crybabies, so go cry, why don't you! History celebrates the winners! Nyaaaaaaaah!" Well, okay, maybe it's just a little like that. But there's certainly a sense that history is right to celebrate the new, rather than any other quality.

Then again, there are also moments when Ron seems to think it's sad that the dominant way we write aesthetic history — by emphasizing newness — winnows things down so much, and puts too much pressure on people to try to force innovation. "[O]ne could argue that the visual arts world," says Ron, "at least in New York & London, has become self-trivializing by thrusting change into warp drive because of the market needs of the gallery system." When he talks about poetry (where the lack of a big-money incentive insulates us from some of the art-world pressures), Ron also seems to see this "history is the story of changes" as problematic. Here, for example, Silliman laments the disappearance of Ron Loewinsohn from the historical record:

In The New American Poetry, Ron Loewinsohn – just 23 when the book was first published – demonstrated an uncanny ability to channel the style of William Carlos Williams.... Yet Against the Silences to Come, Loewinsohn’s 1965 chapbook from Four Seasons Foundation, arguably is the best work ever written “in the Williams mode” of stepped free verse. Who (but me) celebrates that?

So on the one hand, Ron revels in the idea of innovation as the main criterion for inclusion in the history of poetry. On the other hand, he sees how this can create a limited view of the shape of poetic history, a view that can make us blind to many fine books of poetry (I, for example, had never read Loewinsohn's book, and I'm going internet-up a copy ASAP) (for all of my disagreements with Ron, I've got to say, I'm glad he's got his particular form of erudition).

In the end, I think the reason I can't pin Ron down is that he's feeling contradictory things, as we all do at times. Since I'm feeling Manichean this morning, I'll lay down the following theory: Bad Ron likes the idea that history selects on the criterion of newness, because it makes all of the investments he made in innovation pay off. But Good Ron is less selfish, and more generous: Good Ron loves the celebration of Zukovfky, but laments the invisibility of Loewinsohn's Against the Silences to Come. 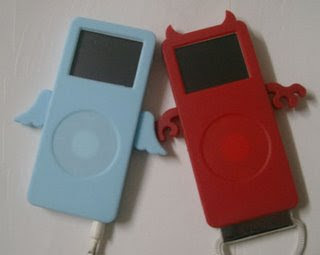 Posted by Archambeau at 9:29 AM No comments: