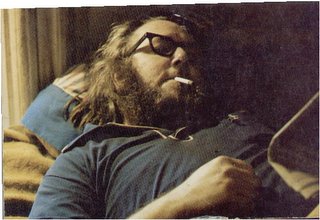 Lots of interesting responses to the Berrigan/proper names business, including some interesting thoughts by Josh Corey. He tells us that, when it comes to proper names in New York School poetry,

Well, I'm generally for it, as the same principle allows me to refer to a man I've never met as "Bob" in this blogpost. There was a time, though, when I felt that sense of outrage he describes when public sphere expectations are violated by the introduction of private codes: I remember reading an issue of The Germ years ago and reading an interview between Keith Waldrop and Peter Gizzi (long before I knew who either of those gentlemen were) and being irritated by the first-name basis they seemed to enjoy with legions of poets I'd never heard of. I felt deliberately excluded—yet if I were to read the same interview now I'd nod my head with recognition and feel a sense of warmth and inclusion more pervasive, if less intense, than my initial sense of repulsion. And for whatever reason that earlier feeling failed to deter me from my interest in the strange and marvelous world of poetry I discovered in The Germ... But come to think of it, maybe my irritation derived more from the fact that the medium was an interview, which I imagined was meant to be precisely the disclosure of a private sphere unto the public one: isn't that what we read interviews for?

I kind of like the breaking of public sphere/private sphere norms in Berrigan's poetry, where I think it serves a number of interesting roles (not the least of which is drawing our attention to those often-unexamined norms). But I'm not sure how I'd feel about the Waldrop-Gizzi interview. Anyone want to send me a copy?

John Palatella, who didn't get to say everything he's hoped to in his review of Ted Berrigan's Collected Poems for The Nation, has a number of good points to make.

I think readers have been inclined to misunderstand Berrigan’s use of personal names in part because of the way other poets have reduced what Berrigan and O’Hara did into simple name-dropping, a manner of advertising one’s eccentricity and status. Berrigan says in an interview with Anne 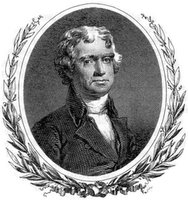 Waldman and Jim Cohn that one of the many poets he read when he arrived in New York was Ezra Pound, and that he learned from Pound what to put in a poem—everything that’s going on in your life. What you learn from the letters you get, the books you read. What this means is that instead of Browning we get Dick Gallup, instead of Confucius, Ron Padgett, instead of Jefferson, Joe Brainard. I don’t think Berrigan was joking when he said this. I think he meant it, mostly because he was a poet who, not unlike EP, read in order to write. 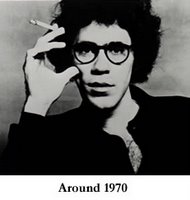 I also think the names are a way for Berrigan to imagine a listener, to create the conditions necessary for sympathy, or the transmission of a feeling that touches some second figure. In that same Waldman interview Berrigan says “I didn’t want people to come into my poems, but if I could make things come out…” One of the things that comes out is sympathy. (It comes out explicitly, and a little viciously, in "Red Shift"-- "I'm only pronouns, & I am all of them, & I didn't ask for this / You did / I came into your life to change it & it did so & now nothing / will ever change / That, and that's that.") What's more, because the names are a way to invoke a listener, the personal identity attached to the name often doesn’t matter. The name could be mine or yours. Some of Berrigan’s readers have been keen to figure out the identity of the Chris mentioned in The Sonnets. Alice Notley’s notes in the Collected to The Sonnets

Although Wordsworth never actually names Dorothy in "Tintern Abbey," I see what Palatella means. In fact, this makes Berrigan's use of names into a way to construct the relational self Ellen Hinsey talks about, and helps to take Berrigan out of the depths of self-obsession that so much of American poetry fell into during the sixties and seventies. Were I not fried from the last-chance-before-teaching-starts-again attempt to go over the manuscript of Laureates and Heretics one last time, I'd opine about it at great length. You may well consider yourselves spared...

Posted by Archambeau at 3:30 PM

Steve Burt (who should, as of yesterday, be a new father), writes in with regard to my Robert Hass post made about Robert Lowell calling for a "return to Rome":

Aren't you being a bit unfair to Lowell? He "advocated a return to Rome" in the sense that in the 1940s he was a Roman Catholic, but I think you mean his Juvenal adaptations and other pseudo-neo-Latin work from the Sixties, especially Near the Ocean -- & the point of that work was not that we should become more like ancient Rome, but that we (the US) were too much like Rome and didn't know it, that if we all knew more Roman history and literature we wouldn't be repeating Rome's dreadful mistakes,

in small war after small
war, to police the earth, a ghost
orbiting forever lost
in his monotonous sublime.

You know, I think I let the fact that three of my degrees are from Notre Dame blind me to the fact that "returning to Rome" can mean different things to different people. I was thinking about Lowell's turn to Catholocism in the 40s -- a longing for a more hierarchical/theologically clear religion, in contradistinction to the world of Hass, with its "flexidoxy" in religion.

Posted by Archambeau at 3:11 PM