Poetry and the Market: John Keats' Moment of Doubt 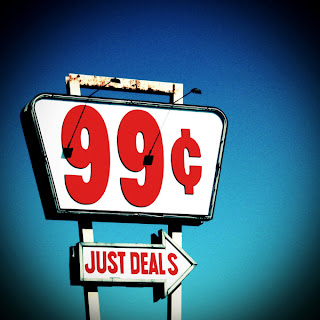 So, as part of my ongoing process of poking away at the project whose working title remains "The Big Boring Book of Aesthetics, or: How Poetics got to Now from Then," I've been rooting around in Keats' letters. It's been a while since I've read them, and it's good to meet them again. You get to see Keats pine for love, recover from a black eye he got in a game of cricket, you get to watch him hang with Coleridge and talk nightingales, nightmares, and poetics, and, most importantly, you get to confirm your sense of Keats as the ultimate aesthete — most of the time.

Poetry, for Keats, was about poetry — a radical position at the time. It wasn't about anything like a quest for truth (his famous idea of negative capability meant we needn't seek after certainties), and it certainly wasn't about persuading anybody of anything ("we hate poetry that has a palpable design upon us," he writes, a line I think of whenever I find myself at some kind of "poets for social justice" event). Beauty must not only reign as the supreme value, for Keats: it must "obliterate all consideration" of other things. 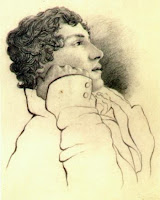 Keats has a tremendously strong sense of the autonomy of the imaginative act: if you're a real Keatsian, you don't write with a goal in mind (not, say "this poem will convince them that the war is bad," nor "I must complete a full-length manuscript that'll win the Picayune Press Emerging Writers Award," still less "I need something they'll publish at the kind of journal the tenure committee cares about" nor even "this'll show her I'm sensitive and then she'll want to meet for clove cigarettes and some snogging"). If you're a real Keatsian, you surrender to the imagination's own imperatives. "If Poetry comes not as naturally as the leaves of a tree," says Keats, "it had better not come at all."

The most challenging part of this, for a lot of people, is the lack of a sense of ethics, the failure to worry about whether one is writing something morally acceptable or not ("what shocks the virtuous philosopher delights the cameleon poet"). But the ethical content of a poem isn't a problem for Keats, because he believed, like Philip Sidney before him, that the poet affirmed no particular truth; and he believed, like Auden after him, that poetry made nothing happen. It simply existed, as beauty.

It wasn't a position shared by all the Romantics. In one letter, you can catch Keats chiding Shelley for being too political in "The Cenci," saying "you might curb your magnanimity and be more of an artist" — and this when Shelley was scratching up some cash to haul Keats' tubercular ass down to Italy, lest he die of an English winter. Keats was an aesthete, but that didn't mean he wasn't aggressive.

So: no surprises here about Keats and aestheticism, at least not yet. But there is one moment in the letters when we see, ever so briefly, young Mr. Keats' faith in aesthetic purity and the autonomous imagination shaken. For a brief moment, we can watch that growing force of the nineteenth century, the logic of the marketplace, put the fear into Keats. Is poetry, he wonders, nothing more than a commodity? Check it out:

I am sometimes so very sceptical as to think Poetry itself a mere Jack a lantern to amuse whoever may be struck by its brilliance — as Tradesmen say every thing is worth what it will fetch, so probably every mental pursuit takes its reality and worth from the ardor of the pursuer — being in itself a nothing...

Look out! Tradesmen are trudging across the well-kept lawns of poesy, their hobnailed boots mucking up the flowerbeds! What's poetry worth? What's it for? Is it just a low-returning venture in the entertainment industry? One hears echoes of the Utilitarian philosopher Jeremy Bentham's dictum that pushpin (a pub game worth trying) is as good as poetry, when it comes to having a good time. All that was solid in Keats' aestheticism melts into air, and the poem is "in itself a nothing," just a blank slate onto which the market will inscribe a (no doubt deeply-discounted) price.

But even as the abyss of market-value opens before Keats, we see him shifting things around, and finding a way to value poetry other than by market appeal. When he speaks of the work taking its value from "the ardor of the pursuer" he opens a door to a different set of values than those of the market. After all, the market isn't about the individual's degree of passion for something: it's about big groups, and tipping their passion just to the point where they'll buy. When Keats shifts the ground of value from a poem being "worth what it will fetch" in the market to the degree of ardor a poem can incite in a single reader, he changes the rules. Suddenly, the poem's value isn't something you can put on a price-tag. Rather, the value is determined by how much any one person can love the poem. Poetry, it seems, doesn't need a big demographic appeal — the poet can settle for what Milton called "fit audience though few." If, to cite that doyen of aesthetes, Walter Pater, the poem can make a few people burn with the light of a hard, gem-like flame, then it has value, no matter what the broader market may feel.

I'm pretty sure that the little mental-judo move Keats comes up with to escape his moment of doubt is one still in use today. In fact, I remember invoking something similar when I was arguing for the importance of the great, and greatly unpopular, poet John Peck: "I don't foresee a world in which Peck's readers outnumber those of the laureate who sings the praises of television," I wrote, "but for a small number of readers Peck will always matter tremendously. Be one of them." I didn't know I was being Keatsian.

In other news, John Gallaher has written "Robert Archambeau: We're Still Shopping at the Romanticism Store," an intriguing response up to my earlier post "Poetry/Not Poetry."

Posted by Archambeau at 10:44 AM No comments: