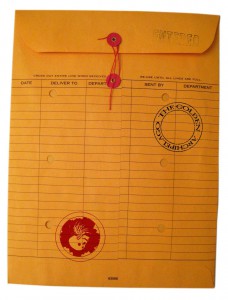 Example of an Activity
This man’s uncle
Sometimes carries
An immense mattress
On his head.
And he staggers
With this mattress
From the top of the stairs
To the coal bin,
Where he lays it down
And throws himself on it
Pumping legs in the air
In excitement.

An Action Among Others
The same uncle
Who lives on the seventh floor
In the center of town
Is sometimes
In the habit of filling,
At dawn,
A large pan
With strong black coffee
And balancing it
On the window sill
With the help of his nephew;
Then sending it
Careening into the street,
Not giving a fuck
About it.

Tale of Another Action
It is this same gentleman
Who, with the help of his uncle,
Fills an immense cast-iron
Stove
With gooseberry jam.
When they’ve done this,
The gentleman and his uncle
Throw handfuls of jelly
At each other’s faces
For fun.

An Activity Among Others
What also happens
Sometimes,
Is that the gentleman,
His uncle
And his nephew
Tear many heads of lettuce
into thousands of pieces
Then pour strong coffee
On them,
In a vacant lot
On a slope,
With
Coal heaps
And piles of shattered windowpanes
At the bottom of the slope.
Then
They speed down the slope
On their bicycles
Without braking,
Their legs spread wide,
Feet held away from the pedals;
And then,
At the bottom of this slope,
The tires make a crackling noise
In the coal
And a farting noise
In the shattered windowpanes.
Then the gentleman,
His uncle
And his nephew
Jump off
Their bikes
And pelt each other
With old heads of lettuce,
Very strong coffee,
Coal,
And shattered windowpanes
Until they take up shovels
While leaping
On mattresses
Filled of plaster
And pumping
Their legs in the air
In the gooseberry jelly
Of their excitement.
Well!  It’s different from the more conventionally beautiful, evocative prose poetry, for sure.  I think that’s part of the point, to de sacralize and de-aestheticize poetry (“The Sproks” is a manifestation of that particular page of the Dadaist-Surrealist team’s playbook).  I always think of the series as having a kind of strange, Buster Keaton-y slapstick, combined with a satire of bourgeois propriety, and even a satire of scientific method.  Michel Delville has this to say about “The Sproks”:
To me, the “Sproks” poems have always resembled a cross between Satie, Beckett, Buñuel, and Laurel and Hardy. The proximity of food, garbage and shit in the poetry of the Piqueray Brothers points to a poetics that does not shy away from describing fantasies of infantile regression and puts them to the service of a popular art that delights in imagining how the most banal situations can degenerate into absurdist extremes. Such manifestations of the eccentric, the repellent and the abject create a space where the shock aesthetics of the revolutionary avant-garde meets the verbal games of the poète-farceur, who considers poetry as a form of linguistic slapstick comedy. For all its apparent timelessness and impersonality, the poetry of the Piqueray Brothers remains rooted in their cultural and social background, and one suspects that many of the Non Inhibited Poems were inspired by the chink of beer bottles, the smell of fried sausages and the sight of people pissing in the streets on their way back from the local café. As Louis Scutenaire once put it, in Belgium “on boit de la bière et on mange de la viande / Et tout le monde est une bande d’abrutis” (“we drink beer and we eat meat / And we’re all just a bunch of morons”).
So there you go: a guided tour through the Piqueray world.  I find them delightful, and think of them as a real find (as far as I know their work doesn’t exist in English except in the translations Jean-Luc Garneau and I have put together).
Posted by Archambeau at 11:29 AM 3 comments: