Probably the Dumbest Thing Silliman Has Ever Said... 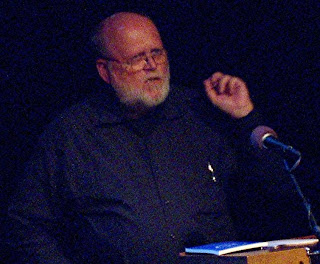 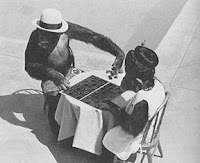 Sometimes — not always, but sometimes — rebutting Ron Silliman's more extreme versions of his characteristic us-vs.-them poetic manichaenism is like playing checkers with a monkey: you can win, but it isn't really worth the trouble (No — Mr. Pickles, no! Don't gnaw on the checkerboard! And for god's sake, don't fling that at the wall! Noo-ooooo-ooooooo!). But this time out I've got to say something, since Ron has committed at least two affronts to intelligence at once. They are as follows:

Posted by Archambeau at 12:55 PM No comments: