"You Gotta Go Through Us" 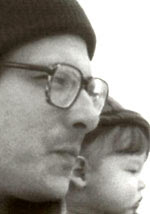 When I was down in Tulsa last fall at the Modernist Studies Association convention, I ran into Barrett Watten in the corridor between the coffee urns and the book display. (Watten's always been cool about answering questions — I think I've had, say, a half-dozen brief conversations with him in similar corridors at other conferences over the years, this being almost the whole extent of our aquaintance). We talked a little bit about different generational perspectives on language poetry -- with me arguing that it doesn't look very much like an outsider phenomenon anymore to people under 40. He agreed, more or less, surprising me by saying that nowadays, despite various forms of resistance to langpo, "if you want to talk about poetry you gotta go through us." 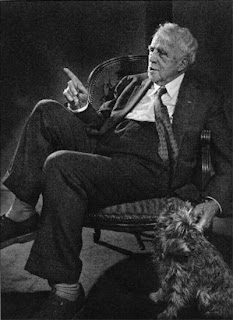 Today, I've finally decided Watten's statement was no hyperbole. My evidence? David Orr's new piece on Robert Frost's notebooks in the New York Times, which begins with two quotes from Marjorie Perloff's Twenty-First Century Modernism, and seeks to bolster Frost's rep by asserting his affinities with the tradition for which Perloff speaks. Who'd-a-thunk-it, back when the Donald T. Regan Professorship of English at the University of Pennsylvania was just a gleam in Charles Bernstein's eye?

Posted by Archambeau at 9:59 AM No comments: