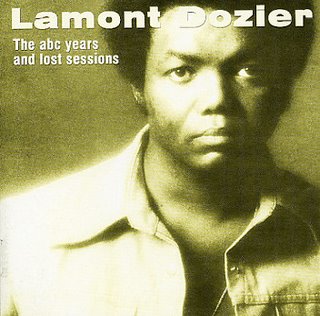 Okay, peeps, I've been furiously writing away on a number of projects all month long -- none of which, as the date of my last post makes clear, include any entries for this blog. No indeed. I have slaved over a piece on John Peck for the Chicago Review, I have labored over an essay on Peck, John Matthias and Allen Fisher for Pleiades, I have conducted a ruthless campaign to devise an article on James McMichael, Ken Fields, and Laton Carter for the Notre Dame Review, I have worked my mojo in my dojo to prepare for a talk at Northwestern on this very blog (ironically allowing the blog to lie fallow in the process), and I have devised various revisions and edits for an essay called "The Aesthetic Anxiety" (the gist of which is described by Dave Park over at his blog). But that's almost all behind me, so I turn to my much-battered Moleskine and have a look at the notes I took for the entries I'd planned to write this July. Here, in brief form, then, are The Entries I Never Wrote:

So there I was, pawing through the back-pages of the Chicago Review, thinking about writing a blog entry on why I always turn to the back pages of any journal or magazine first (whatever ilk it may be: The Nation, The New Yorker or ACM, whathaveya) when I ran across Martin Riker's review of Patrick Ourednik's Europeana, which seems to be getting more play than most of the Dalkey Archive list. I've sort of had my say on Ourednik, but I was less interested in writing about Europeana than in writing about Riker's reaction to it, and the way that Riker's reaction struck a chord with some other critical reactions to a very different text. Riker (a sharp guy who came up to Lake Forest to give a good paper on David Antin for the &NOW Festival this spring) was put off by the deadpan tone of Ourednik's book: you just can't get a read on how Ourednik feels about the European history he describes. It's as if he's somehow turned off his ability to feel anything for his subject -- no positive or negative emotions, no cues on how we should assess the subject. This disinterested perspective is quite rare in art, and we tend to be bothered by it: we just don't know what to make of a purely disinterested take on things. A similar situation came about earlier this summer, when the movie The Notorious Bettie Page came out. I remember seeing it, and being struck by how the movie refuses to make moralizing statements about the two lives of Bettie Page -- first as fetish icon, then as Christian fundamentalist. The movie didn't do a typical Hollywood thing, giving us a frisson of the forbidden, then reassuring the squares by telling us that conventional morality is in the end best (CSI, anyone?). 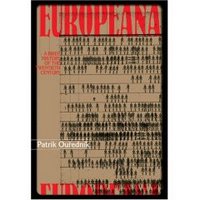 Neither did it take the kind of rebellious stance I'd kind of hoped it would take, championing the liberating forces of creative perversity against the repressive forces of uptight moralizing. It gave you Page's two sides and didn't choose between them (interestingly, it did explore the psychological similarities between freaky fetishistic power games and the power games of religious conversion -- the main difference between the two being that while the former knows it is a game, the latter thinks it is true and real). Anyway, the film's critics kept remarking on the odd way that it just didn't take sides or give you something to cheer for. No heroics in the conversion from perv to prude, and no fall from grace either. So I'd hoped to blog a little on our poorly developed ability to deal with disinterest. But sadly, it was not to be.

2. What We Talked About at the Northwestern Summer Writers' Conference

So there I was, on a panel down in Evanston with Claire Zulkey, Wendy McClure, and Kevin Guilfoile, talking about blogging. It was interesting to be there in that I got a sense of what people who write books of a kind very different from the kind I write (that is to say: books that large numbers of people read) talk about when they talk about blogs. What they want to talk about, it seems, is how to promote your book with a blog (which is possible though fraught with peril, I learned), or how to turn your blog into a book (which is hard to do, but possible). They're also interested in how to get people to read your blog (don't take month-long hiatuses) and in how many hits a blog gets (theirs get more than mine, though on a top day I get to about the level of a slowish day for some of them). My summer was bookended with two very different talks: a University of Chicago faculty and grad student seminar where the names dropped were those of philosophers, and a Northwestern writers' conference where the names dropped were those of literary agents. I'd planned to riff more on that cultural difference, and two different kinds of prestige, but sadly, it was not to be.

I made the scene down in Chicago at Bill Allegrezza's new poetry show, Series A at the very austere and Bauhausish Hyde Park Art Center, where Chris Glomski and Kerri Sonnenberg read for the inaugural session. What scene, you ask, and how exactly did you "make" it? Excellent questions! And I would have answered them, too, had I written a real blog entry (which was, sadly, not to be). That entry would have contrasted the reading with the two seminars I gave this summer. In the end, the scene at Series A was much more like the U of C seminar than the Northwesten Writers' Conference. It was clearly an instance of "production for producers" since most of the audience consisted or poets -- although the Chicago Review guys were there, sitting in their own row in the back, as were a few other non-poets. As with the U of C seminar, the social element was important -- much more gemeinschaft than gesselschaft: I think almost half of the people at the reading ended up drinking together at Jimmy's Woodlawn Tap afterwards, talking poetry and bullshitting merrily on into the night. So there was a tight-knit feel to it, very different from the "how do I broadcast to a wide audience" ethos of the Northwestern gig. Also of interest was a strange manifestation of blog pseudo-fame. I ran into Timothy Yu (whom I'd never met), who asked, when I was introduced, if I had a blog. I said that I did, and mentioned the name, at which point another guy I'd never met swivelled around and introduced himself as Sam Jones, one the the most dedicated poetry bloggers in our fair city. So there was a kind of secondary community, a blog scene laid out on top of the poetry scene. I'd have meditated on all this for you, folks, but was busy with other matters, so it was not to be.

4. The Protestant Ethic and the Spirit of Poetry

This is an entry I never wrote because it grew into a real article before it ever had a chance to be a blog entry. I'd been thinking about Max Weber, and how in his thinking the Protestant ethic of rigid self-control, asceticism, and denial leads (somewhat ironically) to Big Worldly Rewards. Then I thought of how the world of artistic production is always (in Bourdieu's phrase) "an economic world turned upside down." And it occurred to me that this was entirely true with regard to poetry that works the Protestant virtues: if you write a poetry that is emotionally restrained, you don't get such fame and worldly rewards as the poetry world offers, or at least you're not likely to. Lowell hit it big with Life Studies, folks, not Lord Weary's Castle. Anyway, this idea got kidnapped into a bigger project (look for it from my pals at the Notre Dame Review) and was sadly not to be in its blog form.

5. Memories of the Aspidistra Bookshop

I'd meant to rhapsodize about the much-missed Aspidistra Bookshop, a used book store and bohemian hangout that held down a slice of Clark Street real estate in Chicago for a few decades before closing. I'd worked there during grad school for a few years, my job usually consisting of coming in around 1:00 pm and being handed a wad of bills from the till by Ron 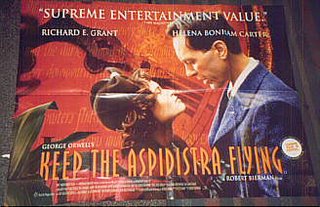 Ellingson, the owner and a man of letters in his own pissed-off-Vietnam-vet way. He'd send me across the street to pick up a six pack of Guinness and two fried chickens, then I'd come back and distribute beer and chicken to Ron, his sons, his other employees (filmmakers, philosophy students, and others of our tribe), and the crowd of regulars (Startouch the astrologer, who had of an amazing afro, an amazing string of girlfriends, and a 900 number you could call for astrological advice infused with R & B music); Snowman the street musician/preacher/tuckpointing guy; Bungalow Bill the mysterious hustler; Ron's hippie lawyer Freeman; the awe-inspiring Fred Burkhart and a host of similar Saints of All-American Weirdness). We'd all watch the O.J. Simpson trial on a tiny black and white T.V. and wait for the inevitable moment when Ron would throw some hapless customer out of the store for saying something that fell beneath the standards of intellectual integrity, literary zeal, or boho cool. Anyway, I wanted to riff on the vibe of the place for a while, then ask why Aspidistra never acheived the status of such legendary bookstores as Cody's or George Whitman's Shakespeare and Company or even the old Peace Eye in the Village. My suspicion is that the second-city thing plays into it: Chicago's insufficient glamour strikes again. But I never got round to it, and sadly, I suspect the entry is not to be.

So there they are, class: the lost sessions of Samizdat blog. Treasure them like the rare Factory Records EP they wish they were.