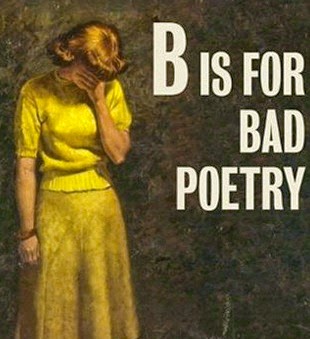 George Orwell was many things—martyr, masochist, moralist, Etonian malcontent—but he was not a particularly scrupulous scholar.  So we should treat with caution his claim, in the 1945 essay “Good Bad Books,” that it was G.K. Chesterton who coined the phrase “good bad book” to describe “the kind of book that has no literary pretensions but which remains readable when more serious productions have perished.”  The attribution has been much-repeated, but attempts to track it down founder.  To the best of my knowledge, the closest Chesterton came to defining a “good bad book” was to write in defense of the then critically-despised popular forms such as the penny dreadful and the detective story in essays collected in his 1901 book The Defendant.  The term “good bad book,” as Orwell uses it, appears to be his own coinage, perhaps attributed to Chesterton unintentionally through the vagaries of memory.

Orwell divides the empire of the Good Bad Book into two principalities.  The first of these is comprised of the various forms of escapist literature (in which he includes the Sherlock Holmes stories, Booth Trakington’s Penrod stories, as well as some thrillers and comic writings).  The second is made up of books that, “attain sincerity partly because they are not inhibited by good taste.”  The authors of books in this latter category generally identify so fully with their characters and invite such complete sympathy from the readers that they lack critical distance from those characters—they inhabit the sensibility of their characters “with a kind of abandonment that cleverer people would find difficult to achieve.”  Lack of self-consciousness is important to this second kind of good bad book—the author of such a book “only partly grasps the pathetic vulgarity of the people he is writing about, and therefore does not despise them.”  In this sort of book we enter into full and uncritical sympathy with the sort of figure we would normally recoil from—but because the author himself lacks self-consciousness, we go along for the ride with Dionysian abandon.  We’re not talking about something clever like Nabokov’s Lolita, in which the author plays complex games of sympathy for the devil.  We’re talking about the unselfconscious reveling in an odious or limited or pathetic ethos that we find in, say, Norman Podhoretz’s Making It.  The sincerity is everything.

The melodramatic mawkishness of Uncle Tom’s Cabin makes it a bad book, says Orwell, yet he finds in it a kind of righteousness that is essentially true and moving, making it a good bad book that, he predicts, will outlast “the complete works of Virginia Woolf or George Moore.”  It has already outlived George Moore in the popular imagination.  Woolf? Well, we’ll have to wait and see.  And since Orwell gives no timeframe, we’ll never reach a point where we can say he was definitely wrong.

Orwell has precious little to say about poetry in “Good Bad Books,” except that there are some music hall songs that, while lacking in subtlety and conscious craftsmanship, nevertheless embody a real sincerity and power, as does this one:

Come where the booze is cheaper,

Come where the pots hold more,

Come where the boss is a bit of a sport,

Come to the pub next door!

The sentiment may be little different from “Sometimes you want to go/where everybody knows your name/And they’re always glad you came” (that, for you young ‘uns, is from the theme song to the sitcom Cheers)—but simple and sentimental as that sentiment may be, it is sincere and endures.  Orwell tells us he would “far rather have written” a stanza like this than “The Blessed Damozel” or “Love in a Valley.”

If we’d like to refine our sense of what a good bad poet, we could do worse than to look to another of Orwell’s essays, “Rudyard Kipling,” written three years prior to “Good Bad Books.”  Here, Orwell assesses Kipling’s achievement by taking a look at what T.S. Eliot had said about the author of Barrack-Room Ballads.  “Mr. Eliot,” Orwell tells us, “says that what is held against [Kipling] is that he expressed unpopular views in a popular style.  This narrows the issue by assuming that ‘unpopular’ means unpopular with the intelligentsia…” At this point you probably think you know where Orwell’s going with this.  You probably think he’s going to say that Kipling expressed views that, while unpopular with the intelligentsia, were popular with the broad reading public.  But that’s not it!  Where we think Orwell’s going to zig, he zags, saying:

…but it is a fact that Kipling’s ‘message’ was one that the big public did not want, and, indeed, has never accepted.  The mass of people, in the ‘nineties as now, were anti-militarist, bored by the Empire, and only unconsciously patriotic.  Kipling’s official admirers are and were the “service” middle class… In the stupid early years of this century, the blimps, [i.e., the pompous reactionaries] having at last discovered someone who could be called a poet and who was on their side, set Kipling on a pedestal, and some of his more sententious poems, such as “If,” were given almost Biblical status.

This is fascinating stuff.  The reading public in Kipling’s day was both larger and less homogenous than it was in Tennyson’s heyday, and the poet could no longer presume to speak to, and for, the vast majority of the readership (this had huge implications for the development of poetry in the early twentieth century—it takes two chapters of the book I’ve been working on, Making Nothing Happen: Poetry in Society, Poetry for Itself, just to scratch the surface).  But for a part of that reading public, a part that felt itself misunderstood and taken for granted by the majority of the population, Kipling was a voice, a poet who articulated what they believed in and the codes by which they lived.  “The White Man’s Burden” expressed a bitter late-imperial sentiment that belonged more to them than to the British reading public as a whole.

And this is where we can see Kipling as a good bad poet, in the sense of sincerely and unselfconsciously expressing an ethos that doesn’t stand up to enlightened examination.  To kidnap a phrase from Orwell’s other essay, Kipling, as poet, “only partly grasps the pathetic vulgarity of the people he is writing about, and therefore does not despise them.”  And we get to go along for the ride, because Kipling’s belief in the perspectives from which he writes is so sincere and heartfelt—he truly, madly, deeply loves the Empire!  He might not have been a good poet in a way that cultivated readers of poetry appreciate, but Kipling the poet resonated beyond the little valley of the literati where executives fear to tread.  He was a good bad poet.

But can we have another Kipling?  Can there be a good bad poet now?  The prospects for someone that serious poetry readers admire becoming truly popular are dim, and were already dim in the 1940s when Orwell wrote:

It is no use pretending in an age like our own, “good” poetry can have any genuine popularity.  It is, and must be, the cult of a very few people, the least tolerated of the arts.  Perhaps that statement needs a certain amount of qualification.  True poetry can sometimes be acceptable to the mass of people when it disguises itself as something else…. But in general ours is a civilization in which the very word ‘poetry evokes a hostile snigger.

But what about a poet the literati do not care for, except perhaps with a kind of asterisk attached, and a little footnote saying “guilty pleasure” or “there’s something about the sentiment, but this is not to be entirely admired”?  We’d need a poet who could articulate for a large class of people the sentiment they hold most dear, but at present those sentiment tend to be articulated elsewhere: by popular culture (in commercially mediated forms) and by the new popular culture of video clips and social media.  It seems unlikely that a good bad poet will emerge in the West in our time.

Of course the question of the good bad poet, such as Kipling, raises another question, that of the bad good poet.  But I don’t feel the urge to write about P.B. Shelley.

Posted by Archambeau at 3:26 PM No comments: