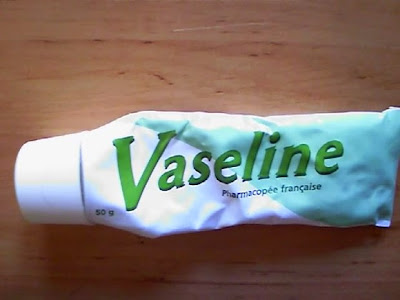 Like many people of my generation (I am, God help me, 46) I came to admire French theory in my grad school years.  One thing that puzzled me back in the early 1990s, when as a doctoral candidate in English lit I was happily chowing down on fricassée Foucault, bouillabaisse Baudrillard, and délice de Deleuze, was the relative lack of enthusiasm for these thinkers in American philosophy departments.  Outside of the New School and Columbia—where the legacy of European émigrés was strong—and the Catholic universities—where theology kept philosophy wedded to continental traditions—the thinkers my friends and I found so congenial were often treated with suspicion by American professors of philosophy.  Of course the question I should have been asking wasn't "why do the philosophy departments shun this stuff," but "why do we in English take to it so readily?"  It is not obvious, after all, why a love of the poetry of Seamus Heaney should lead to an appreciation of Luce Irigaray.  François Cusset traces the particulars of how the works of these thinkers traveled from France to the United States via various channels (notably French and comparative lit departments) in his wonderful study French Theory, but I think there's a core affinity between literary study and French theorists, something that lies behind the particulars of cultural transmission across the Atlantic.  In the French tradition, theorists tend to arrive at their ideas by extrapolating from works of literature.  That is, their concepts are, to a degree unmatched in Anglo-American philosophy, created from sorting through and regularizing the observations of poets, novelists, and playwrights: taking just the major works of Deleuze and Guattari as examples, we can point to their use of Artaud as the basis from which they elaborate the notion of the "body without organs" in Anti-Oedipus, and Karl Phillip Moritz as the basis of the idea of "animal-becoming" in 1,000 Plateaus.  They begin where we begin, with a passage of literature, even though they tend to head in different, perhaps more ambitious, directions.

It should come as no surprise, then, to find Julia Kristeva basing her notion of abjection on the writings of Céline.  In her classic book on the subject, Powers of Horror, Kristeva speaks of those who encounter the abject as feeling "a threat that seems to emanate from an exorbitant outside or inside, ejected beyond the scope of the possible, the tolerable, the thinkable."  The abject thing—be it an object, an urge, a person, a class of people, a bodily function, what have you—is something we scapegoat, that we try to throw out as something we cannot accept and don't want to have any relationship with.  But we inevitably have a relation to the abjected, despite what we'd like to think—and when we make something abject we still sense it as something "quite close" even though "it cannot be assimilated." It "fascinates desire, which, nevertheless, does not let itself be seduced." And our "desire turns aside; sickened."  Our conscious minds cling to the (false) certainty the this abject thing is shameful and has nothing to do with us, even as unconsciously we are drawn toward the abject, which is "as tempting as it is condemned." The abject "has only one quality of the object—that of being opposed to I"—that is, to the ego's sense of itself.  It is what we define as not-us, what we have subdued and expelled. "And yet," Kristeva continues, "from its place of banishment, the abject does not cease challenging its master."  So what does this mean, specifically?  I've seen enough people whose religious background has led them to reject and deny their own homosexuality to know that there are many people who turn their own sexual identity into something abject, and suffer a deep and unhealthy split between their conscious sense of who they are, their "I" or ego, and their rejected but ever-present sexuality—a version of the attraction-repulsion Kristeva describes.  Or, moving to an even grimmer example, we could think of what the Nazis did to Jews (and others) as an extreme form of abjection: a casting out of people, an assertion that there is no connection between them and us, and yet a fascination, an unconscious sense of kinship that needs constant denial, a lurking sense, constantly in need of being suppressed, that the dark qualities attributed by us to them might also belong to us.  The core chapter of Powers of Horror is an analysis of Céline's writings, in which Kristeva notes that Céline presents himself as "the only authentic one" who recognizes that which society abjects, and who will guide us through the underworld of abjection in his Journey to the End of Night.

If I were betting on who would be elected to the laureateship of abjection, though, I wouldn't back Céline.  I'd place my chips on the spot marked "Jean Genet," and I'll tell you why.  He understands abjection from the inside: born to a prostitute, raised in foster homes, prone to petty theft, and homosexual in a hostile time and place, he lived abjection, and not as a voluntary tourist in the realm of the abject.  What is more, he found something in abjection that Céline never found: a kind of sublimity.  He turned rejection into a sign of strength and even glory.  The best way to understand this is to take a look at a passage near the beginning of The Thief's Journal, where he writes about a tube of Vaseline.

Genet describes an early experience in Spain, where he'd been arrested.  The police have him empty his pockets, and it is revealed that he was carrying a tube of Vaseline, which the police correctly understood as a sexual lubricant, and a sign of Genet's homosexuality.

I was dismayed when, one evening, while searching me after a raid — I am speaking of a scene which preceded the one with which this book begins — the astonished detective took from my pocket, among other things, a tube of vaseline. We dared joke about it since it contained mentholated vaseline. The whole record-office, and I too at times, though painfully, writhed and laughed at the following:
“You take it in the nose?”
“Watch out you don’t catch cold. You wouldn’t want to give your guy whooping-cough.”
I translate but lamely, in the language of a Paris hustler, the malicious irony of the vivid and venomous Spanish phrases. It concerns a tube of vaseline, one of whose ends was partially rolled up. Which amounts to saying that it had been put to use. Amidst the elegant objects taken from the pockets of the men who had been picked up in the raid, it was the very sign of abjection, of that which is concealed with the greatest of care, but yet the sign of a secret grace which was soon to save me from contempt. When I was locked up in a cell, and as soon as I had sufficiently regained my spirits to rise above the misfortune of my arrest, the image of the tube of vaseline never left me. The policemen had shown it to me victoriously, since they could thereby flourish their revenge, their hatred, their contempt.

The object itself is neutral, of course: it is what the police do when they discover it that renders Genet abject: they need to re-enforce their own sense of difference and superiority, their brotherhood in the confraternity of the norm, by using the object a as a focus for revenge, hatred, and contempt.  But watch the alchemy by which Genet redeems the despised object, and with it himself:

But lo and behold! this dirty, wretched object whose purpose seemed to the world — to that concentrated delegation of the world which is the police and, above all, that particular gathering of Spanish police, smelling of garlic, sweat and oil, but prosperous-looking, stout of muscle and strong in their moral assurance — utterly vile, became extremely precious to me. Unlike many objects to which my tenderness gives distinction, this one was not at all haloed; it lay on the table, a little grey leaden tube of vaseline, broken and livid, whose astonishing discreetness, and its essential correspondence with all the commonplace things in the record-office of a prison (the bench, the inkwell, the regulations, the scales, the odor), would, through the general indifference, have distressed me, had not the very content of the tube, perhaps because of its unctuous character, by bringing to mind an oil lamp, made me think of a night-light beside a coffin.

A night light beside a coffin!  Great!  And the description continues:

Lying on the table, it was a banner telling the invisible legions of my triumph over the police.  I was in a cell.  I knew that all night long my tube of vaseline would be exposed to the scorn—the contrary of a Perpetual Adoration—of a group of strong, handsome, husky, policemen.  So strong that if the weakest of them barely squeezed his fingers together, there would shoot forth, first with a slight fart, brief and dirty, a ribbon of gum which would continue to emerge in a ridiculous silence.  Nevertheless I was sure that this ridiculous and most humble object would hold its own against them…

It's uncanny how well Genet's passage maps onto Kant's notion of sublimity.  For Kant, we get a sense of the sublime when we encounter something grand and vast, something that seems as though it could destroy us: a storm at sea, say, or a volcanic eruption, or a tornado near at hand towering above us into infinity.  We experience these as sublime not because we are afraid of them (although we are certainly fearful) but because of something they call up within us.  Such things, when we observe them and do not flee or faint, "raise the energies of the soul above their accustomed height and discover in us a faculty of resistance… which gives us the courage to measure ourselves against the apparent almightiness of nature."  We feel not only fear, but our own capacity to stand tall against the fearsome world, small though we may be.  For Kant, this awareness of our own miraculous endurance in the face of vast powers is the essence of the sublime.

The despised, abjected tube (and the Genet who becomes despised and abjected by virtue of association with that tube) stands in relation to the police as the small but undaunted human stands in relation to the vast natural forces of which Kant speaks.  It endures, in danger, and so gains a kind of dignity, a sublimity in its abjection—in fact, a sublimity by virtue of its enduring of abjection.

Soldiers have a certain sublimity for Kant, because they do not "yield to danger," but go forth "to face it vigorously with the fullest deliberation"—and it is significant, I think, that Genet turns to military language when, continuing his description of the vaseline tube on the police station table, he says "I would like to hymn it with the newest words in the French language.  But I would have also liked to fight for it, to organize massacres in its honor and bedeck a countryside at twilight with red bunting." Genet even adds, in a footnote, that he "would indeed rather have shed blood than repudiate that silly object." Genet would stand up for the tube of vaseline just as it, on the police table, stands for him: defiantly there despite its abject status, despite its vulnerability.  It asserts its being and resilience—and by extension, Genet's—in a world of powers that could easily destroy it.  It is, in some profound sense, his comrade in arms.  No one understands abjection as well as does Genet, perhaps because no one had to search within it so hard to find the dignity of the sublime.

Posted by Archambeau at 3:56 PM No comments: