Michael Greenspan on the Grumbling of the Wordsmiths 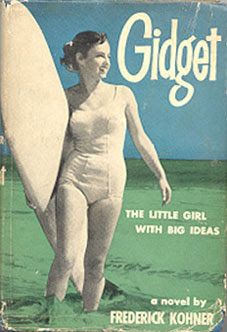 Although it seems like it was about a million years ago, it turns out it was only last November that an essay of mine on poetry and politics came out in Poetry magazine. A few echoes still seem to be reverberating. Michael Greenspan, for example, has a letter in the February issue of Poetry in which he wonders if I'm familiar with the ideas of Michael Golblatt and Robert Nozick about the grumbling disposition of wordsmiths. I think I did read the Nozick piece, but had never read Goldblatt.

Greenspan's letter is interesting for many reasons, but to me the chief one is this: he finds my ideas similar to those of Nozick, a libertarian free-market guru, whereas the last guy to write in to Poetry about the essay more-or-less accused me of being a communist. The accusation of communism made me feel like I'd stepped into the wrong decade, and was dodging the House Un-American Activities Committee, smoking Pall Malls, and driving around in a Cadillac Eldorado Biarritz with tail fins the size of Gidget's surfboard. Which, come to think of it, doesn't sound all that bad, provided the Caddy keeps me one step ahead of Joe McCarthy's boys. The Nozick thing makes me feel like I should be shredding my files and hoping Obama doesn't send the federales after me for my part in the destruction of the American economy. Although, given the way things seem to be done in this country lately, if those federales do catch me they'll probably just park a wheelbarrow full of cash in my Wall Street office suite, explain that it's my part of the bailout, salute, and be on their way.

Am I grumbling? Well, I do I aspire to wordsmithery. Ask Nozick and Goldblatt about the connection.

Posted by Archambeau at 5:44 PM No comments: