Something the English Do: Desirable Discursive Community and Its Origins 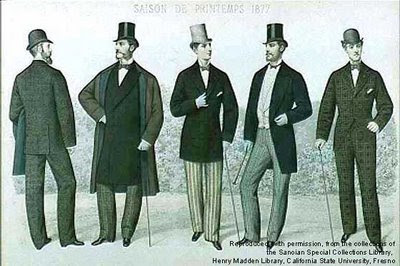 Anglophiles present, for the American professor of English, an occupational hazard. One inevitably has colleagues who've spent so many summers in London that you start to let their references to ringing you up or going to the loo go by unremarked. I've never quite been one of these West End-haunting, Guardian reading, BBC4-lovers myself. It's not that I haven't found plenty to love about England (the cheese, the London tube map, Manchester music from the Factory Records era, the perfect shape of the pint glass, etc.). It's just that the countries that have mattered most in my life have all been, in one way or another, less important than England: Belgium, Canada, Sweden, Denmark, Ireland, Iceland. But today's topic is neither Belgian nor Icelandic, boys and girls. It's English. Specifically, it's Something the English Do Way Better then We Do.

I suppose, if I had to give a name to that something, it'd be "the creation of a sense of desirable discursive community." Bear with me, and I think I can explain both what that means, and why the English do it better than we do.

The Sense of Desirable Discursive Community, or: James Campbell and the TLS

Every time I pluck the TLS from my mailbox, I turn immediately to the back page, an assortment of short literary items written by "J.C.," or James Campbell, one of the editors (while he's a Scot, everything about the TLS is profoundly English). It's an odd little assortment, and never fails to charm. In this week's issue, Campbell begins (as he often does) by following up on an earlier entry, this week presenting some answers people had mailed in to a question he'd asked about whether Graham Greene had ever written any of the biography of Robert Louis Stevenson Greene had mentioned in his correspondence. Next, Campbell quotes some snarky comments by authors about the terrible conditions they face in the brutal publishing marketplace — the big reveal coming when he notes that these aren't comments from this week, but from 1909. Campbell then includes an item about T.S. Eliot manuscripts up for sale, a clever note about an old paperback cover of A Portrait of the Artist as a Young Man, and ends with a collection of trivia from a recent book on the origins of familiar phrases. In all, it's a pretty typical week at the back page of the TLS. But what's really important aren't any particular entries: what's important is the way one feels while reading Campbell's little anthology. One feels very much a part of a group, a participant in a conversation, even if that participation remains potential rather than actual. That is, when Campbell throws a question (like the one about Greene and Stevenson) out there, you feel "oh, I might've known that." Or at least you feel addressed. And when Campbell makes a wry point about writers as grumblers, the TLS reader (fairly likely to know, if not in fact be, some sort of writer) will feel a sense of connection, of "oh, yes, you and I, Campbell, we understand how these people are." And when he touches on Eliot or Joyce, he touches on something close to the common canon, the texts all English majors of a certain age know, or know of. And so on. The main function of the back page of the TLS is to make you feel welcome, as if you were a member of Joseph Addison's Spectator Club back in the Eighteenth Century, a learned fellow of the world among other learned fellows of the world. You're part of a community. In fact, you're part of a rather distinguished community, a desirable community. Or so it feels.

In fact, of course, the TLS isn't a classic public sphere publication, where the reader is also often the writer, and where there's a real sense of active community. Scale alone prohibits this: the TLS readership survey of 2000 estimated 100,000 weekly readers. You have about as much chance of participating in a conversation with the other readers as you'd have of getting to know everyone at the Superbowl, which tends to get 70,000-100,000 attendees. But that's not the point: a guy like Campbell (whose talent is tremendous) can really make you feel like you're on the inside, sitting at one of the comfortable leather club chairs with the other bookish gentlemen. For all of the very-real insider-centrism of The New York Review of Books (sometimes called The New York Review of One Another's Books), there's nothing like this cultivation of the reader as a (potential, or pretend, or fictional) member of the desirable discursive community. The English do it better than we do.

It's not just the TLS where we find this strong sense of discursive community, either. It happens in a lot of their magazines, especially the tonier ones. Consider The Economist, or, rather, an article from the July/August issue of The Atlantic, in which you can almost see the waves of envy for the British magazine's ability to create discursive community rising like steam from the pages of the American magazine.

In The Atlantic article, "The Newsweekly's Last Stand," Michael Hirschorn reflects on the ongoing success of The Economist at a time when other weekly news magazines (especially American ones) are heading for extinction:

Given that [American news magazines] are faltering, how is it that a notionally similar weekly news digest—The Economist—is not only surviving, but thriving? Virtually alone among magazines, The Economist saw its advertising revenues increase last year by double digits—a remarkable 25 percent, according to the Publisher’s Information Bureau. Newsweek’s and Time’s dropped 27 percent and 14 percent, respectively.... Indeed, The Economist has been growing consistently and powerfully for years, tracking in near mirror-image reverse the decline of its U.S. rivals. Despite being positioned as a niche product, its U.S. circulation is nearing 800,000, and it will inevitably overtake Newsweek on that front soon enough.

Hirschorn is further flabbergasted when he considers that the growth of online reading hasn't put a dent in subscriptions to The Economist, nor has it slowed down the sale of famously-expensive newstand copies:

So how is it done? It isn't the strength of the writing, which, says Hirschorn, "can be shoddy, thin research supporting smug hypotheses." Nor is it the "leaders," or short lead-off editorials, which "tend to 'urge' politicians to solve complex problems, as if the key to, say, reconstituting the global banking system were but a simple act of cogitation away." In the end, Hirschorn has very little to offer by way of an explanation for the success of The Economist at a time when similar news digests struggle:

...the American newsweeklies are going away from precisely the thing that has propelled The Economist’s rise: its status as a humble digest, with a consistent authorial voice, that covers absolutely everything that you need to be informed about.... The writing in Time and Newsweek may be every bit as smart, as assured, as the writing in The Economist. But neither one feels like the only magazine you need to read. You may like the new Time and Newsweek. But you must—or at least, brilliant marketing has convinced you that you must—subscribe to The Economist.

So, in this view, The Economist is just like the American news digests, but with some kind of magic pixie dust attached, attributed to the vague genie of "marketing." And here's where I think Hirschorn misses the mark. I think it's pretty clear that what The Economist has, and Time and Newsweek lack, is a sense of desirable discursive community. I mean, think about it: those "leader" articles may be a bit ridiculous, with their urging of actions on Prime Ministers. But in the end, they help create the feeling that this magazine speaks to elites, and that, if we're reading it, and understanding it, and paying seven bucks for it, we must in some sense be part of that same elite. Hirschorn was close to getting this when he made note of the way the magazine was purchased by a "self-styled global elite." I think the important fact is this: the magazine, with its unexcitable, urbane, eminently non-folksy tone, invites its readers to think of themselves as such an elite. When you shell out your seven bucks, it's better than getting the magazine for free online, because you're showing yourself (or, at any rate, expensively convincing yourself) that you're part of the elite to which the magazine seems to speak.

Rule 2, or: The Historical Why

So: why are the English good at creating this sense of a desirable discursive community, while we here in America aren't? I think the answer lies in the different way intellectual and social elites interacted in the industrial era in the two countries. Consider, for example, Rule Two of The Athenaeum Club of London.

What? You don't know Rule Two? Sigh. Well, okay. It's like this. The Athenaeum Club was one of those private, members-only hotels/cafes/restaurants/lounges/libraries spawned in such number in Victorian London. It was, like many of the clubs, a place for the social, financial, and governing elite to mingle. But it wasn't just for them. Rule Two provided for admittance to distinguished intellectuals, and the list of intellectuals who were admitted is impressive: John Stuart Mill, Matthew Arnold, Tennyson, name your eminent Victorian. So such people came into close contact with the ruling elite, and, in a way, were co-opted by them (this is the subject of Stefan Collini's fine study Public Moralists: Political Thought and Intellectual Life in Britain, 1850-1930). The intellectuals, says Collini, were a special, junior part of the community of power. They didn't exactly "form a socially excluded intellectual class" in clubs like the Athenaeum, but "they were conscious that belonging to the fraternity of the reflective and the articulate set them apart from those more immediately involved in life's tasks and life's pleasures." They were members, but members of a special "Rule Two" sort, there just a little bit on the sufferance of the power elite. You could speak truth to power, with power actually being there in the room, but you also had to watch just how far you went in what you said. In the end, a kind of urbane, non-offensive, discourse became second nature. You spoke as a gentleman speaking to gentlemen: you spoke, in short, as a member of a desirable discursive community.

So modern British intellectual life came about in conditions of discursive community, and not only that, but in conditions of slightly glamorous, socially high-tone, community. Those conditions set the tone for modern institutions, and when we read the TLS or The Economist, we're reading the weight of this tradition inflecting every phrase. Conditions have changed in England, for sure, but in the pages of those magazines it's still us meeting for drinks with the cabinet ministers at the Athenaeum.

America, of course, has less of a tradition of this sort of thing. Sure, there are clubs that aspire, at least in theory, to bring the artsy types and the power types together. Hell, I'm a member of one (though I rarely end up talking to the power types when I'm there). But geographic dispersion (no American city combines all the leadership functions of London), the lack of a landed aristocracy, money-obsessed philistinism, and other factors have conspired to keep us from ever having quite the sense of a power/culture establishment that there was in England. So, for better or for worse, our magazines can't peddle that special sense of desirable discursive community with any sense of authenticity. Their particular history gave the English the magic pixie dust, and left us without it.

Posted by Archambeau at 2:21 PM No comments: