Roberto Bolaño and the Limits of the Aesthetic 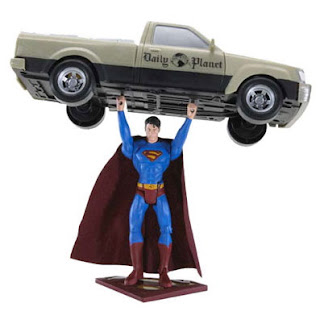 Just coming back to my senses after three days zonked out on the couch with the flu. It's always strange, coming back to health: I feel like I could lift a Dodge pickup over my head Superman-style and hurl it at Dr. Octopus, saving the citizery from certain doom, if I had to (yeah, I'm mixing my D.C. and my Marvel — what of it?). Not that any such emergency is likely: Chicago's so arctic today Doc Oc would probably be found shivering in a snowbank, wrapped in all eight of his arms and checking on his Blackberry to see if he had enough frequent flier miles to visit his pal Mark Scroggins in Florida. For the past three days I've been deeply sub-superhero in my general functionality, and done little more than eat pretzel rods and watch movies on cable — indeed, one could say I've been reduced to my grad school level of existence. But I'm back, people, and lacking any heroic pickup truck hurling opportunities (curse you, Gods of Midwestern Winter!) I want to tap out a few thoughts about Roberto Bolano before getting back to working on my part of The Salt Companion to John Matthias.

So here's what I've been thinking, as I work my way toward the end of The Savage Detectives. One of the things that critics of Latin American literature say about Bolano (forgive me for leaving out the diacritical mark over the "n" throughout — I'm blogging in a hurry today) is that he represents a break with prior generations of writers who were committed to very different agendas: Magical Realism, say, or politically committed writing. And as far as I can tell, they've got a point. What I haven't seen discussed in any detail, though, is the way aesthetic autonomy plays into all this. Long story short, what I think The Savage Detectives gives us is a portrait of an imagined-but-sort-of-real generation of (mostly) Mexican poets whose lives and works are devoted to poetry, not to something beyond it. Bolano's characters, like Bolano himself, aren't just poets, they're poetry geeks, poetry nerds, poetry obsessives. They don't write to liberate the people or to forge the uncreated conscience of their race — they're into poetry as poetry. And, for Bolano, this is ultimately their doom. So The Savage Detectives is a kind of elegy for the doomed poetry nerd, and a confession by an aesthete of the dead-end nature of aestheticism.

If I weren't in a hurry to down some coffee, I'd probably go up to the study, pick up my copy of the novel, and type in a few of the passages I marked by way of evidence. But since that's not going to happen, I'll just offer evidence in summary form. Firstly, consider the novel's long opening section, "Mexicans Lost in Mexico," presented in the form of the diary of a young poet. I wasn't optimistic about the novel when I was reading this section — it just seemed like a salsa-and-guacamole version of The Dharma Bums. But it actually works quite well to establish Bolano's notion of a generation drawn to poetry as a way of disengaging with the world. Here we see young poets dropping out of the world of the professions, turning away from politics or a sense of folkloric connection to The People, and trying to form their own little island, their world-within-a-world, where all that matters is poetry. It's particularly important that their main concerns are with blasting away at the aesthetic conventions of prior generations. As Pierre Bourdieu points out in The Field of Cultural Production, the Oedipal imperative to overthrow older generations' aesthetics becomes most powerful when there's nothing at stake in art except style, when art becomes something pursued for art's sake alone. I mean, if you're an artmaker trying to score big with a market (think Hollywood movies), you actually cleave to established formulae. Same thing if you're all about putting your art at the service of power (think socialist realism, or, closer to home, of the portraits of institutional presidents hanging in the big neo-gothic hall of your local high-gloss university). But if the idea is to make a mark not in the broader world, but in an aesthetic scene cut loose from broader engagement and turned in upon itself (or, to put it in positive terms, set free from extra-artistic imperatives), you become kind of agitated about making new forms. Again, I'm in no way motivated to actually go up to the study and get the book, but I bet if I google a few remembered phrases I can pull a reasonably good passage of Bourdieu off the web. Hang on.... Yup. Here:

The literary or artistic field is at all times the site of a struggle between the two principles of hierarchization: the heteronomous principle, favourable to those who dominate the field economically and politically (e.g. ‘bourgeois art’) and the autnomous principle (e.g. ‘art for art’s sake’), which those of its advocates who are least endowed with specific capital tend to identify with a degree of independence from the economy, seeing temporal failure as a sign of election and success as a sign of compromise. (40)

I pulled these from this guy's site, which seems to have an interesting critique of Bourdieu. Anyway — you get the idea, right? Art for art's sake turns away from any form of consecration based on popularity, political efficacy, etc. And for believers in this sort of thing, a real event in art isn't the classically correct text, the big popular hit, the top moneymaking movie, the book that spoke to the soul of the nation, or the poem that inspired the revolutionary leader in his early days: it's the work of art that made an impact on the medium of art itself. It's the stylistically innovative piece of work.

This is what Bolano's characters value. Their little movement, Visceral Realism, is all about overturning the old poets. And Bolano shows us his characters trying to cut themselves off from anything heterogenous to art and literature. They want to live for the aesthetic alone (well, that and sex and marijuana). The pathos of the first part of The Savage Detectives comes from how doomed this seems. The characters are surrounded by thugs and pimps and corrupt police, and we can feel the world of power and corruption closing in on the naive poets, bit by bit.

The later sections of Bolano's novel, told in many voices, offer two versions of one of Bolano's great themes: the quest for the missing poet. We hear from a lot of narrators about two poets who are constantly in the background of the first part of the novel, Arturo Belano and Ulises Lima (really based on Bolano and a friend and fellow poet). Belano and Lima are, in part, aimless waifs,but when they are motivated about something it's all about tracking down lost poetry from forgotten avant-gardes. So we as readers, catching glimpses of Belano and Lima, quest after them, our missing poets, never quite catching them satisfactorily, even as they themselves are on a similar quest for missing poets. The sad thing is this: when we hear of Belano and Lima finding the writers they quest for, the meetings are never satisfactory or transformational. This pursuit of poetry for its own sake seems more and more like an empty or desperate enterprise, like something conducted by people who never really learned to live in the world. Bolano really strips the glamor from the idea of the life lived only for poetry, giving us characters who seem vulnerable, lost, a little desperate. It kind of hurts to see it.

So there's a sadness to the book, in that it takes the position that the aesthetic autonomy that has been the informing principle of its characters is a dead-end. And Bolano's got ethos on this one, people: he lived the life of the poet maudit in a way we bourgeois-bohemians, perched behind our Apple laptops in our offices or studies, simply haven't. But what's more interesting to me is the cultural context of all this. I mean, when people think of Bolano's generation as offering a break with the big currents of Latin American writing, they're on to something — because much of that writing operated on principles other than aesthetic autonomy. This is actually quite common in non-first-world places. In places where people tend to feel semi-colonized, or dominated by an undemocratic oligarchy, they often don't feel that the national institutions represent their values, and they call upon literature to fill the void. Literature becomes a thing of national importance, a political and social thing more than an aesthetic thing (and does so for great numbers of people, not just for the eleven poets in the room, who want to think their work is somehow of vast social importance). (I'd quote my favorite guy on this, Declan Kiberd, but I already did so here and here, so I feel like I should lay off) (by the way: in the second link you'll find a howling screw-up, in which I and my editor both let a slip-up stand, with "Richard Hugo" written when I meant "Victor Hugo" — oh, the shame!). Anyway. In the Latin American context prior to Bolano there are many versions of this heteronomous aesthetic, this placing of the value of art in social rather than aesthetic criteria. There's Neruda's Marxism, for example. Or there's Magical Realism, which for all of its extravagence is a kind of identity politics, right? I mean, much of its goal is to show that there's a special, non-European-Enlightenment logic to Latin America. This makes Magical Realism a cousin to other identity-based reactions to colonialism, like, say, Negritude. But Bolano rejects all of this by following the path of aesthetic autonomy. Then he goes one better, and shows us the limits of his own path. He negates what came before, and negates his own negation (sorry for that sentence — one never really recovers from one's reading of Hegel).

I've got a strong sense this entry is a bit of a stylistic train wreck and in need of a serious proof-read, but I see Doctor Octopus has put on a warm scarf and is menacing the citizens of Chicago. They need me! And there's a very hurlable looking Dodge pickup parked conveniently nearby. It's not yours, is it? No? Alrighty, then!

Posted by Archambeau at 7:29 AM No comments: