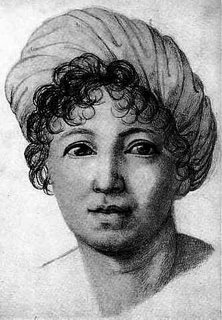 I know, I know, it's been a while, but ol' Archambeau's been busy, running the &NOW Festival of Innovative Art and Writing, and digging himself out from beneath the wreckage of the semester, so ease up already. But all that's behind us, and I return at last to the sunlit uplands of the blogosphere. I'm motivated, in no small part, by the fact that I'm soon going to be cashing a check from a major university that has hired me to talk about my blog, and it would all get a bit embarrassing if I chucked blogging just prior to the appearance. The gathered blog enthusiasts would render up an outcry such has not been heard since the assembled Newport folkies hurled abuse at the newly electrified Bob Dylan.

But that's not why you stopped by. Nosiree. You wanted to know what Germaine Necker De Stael, the great French literary theorist of the late eighteenth century, would have to say about Stephen Colbert's perfomance at this year's White House Correspondent's Dinner. Have no fear, class, I'm hear to answer all your questions on the topic.

You're all, of course, too intimately familiar with Madame De Stael's treatise of 1800, De la Littérature Considérée dans ses Rapports avec les Institutions Sociales to need any kind of recap, right? What? Really? Oh, very well. The relevant business goes like this: De Stael, having lived through the transition from the ancien regime to the French republic, took up the question of literary genres and styles from a historical vantage point, meditating on how comedy and tragedy were different under the two modes of political organization. Here's the basic breakdown:

Under a monarchy, says De Stael, comedy tends to work through various modes of in-group affirmation and out-group exclusion. Since power is centralized, proximity to power is coveted, and conformity to the norms of the powerful is the only path to distincion, this makes a kind of cruel sense (if you attended high school, or have seen the movie Heathers you probably have some idea about this already).

In monarchies ridicule is big, in that it re-enforces in- and out- group status (if you've seen Patrice Leconte's 1996 costume drama Ridicule, you've seen how they used to do this at Versailles back in the day). Ridicule is generally directed at those who act in ways that don't accord with their designated social station, so there's a big hierarchical element to it all. The monarchial system also encourages shibboleths, and all manner of jokes that allow the privileged insiders to revel in knowing things that the vast, unwashed hordes of peasants, fishwives, and bourgeoise undesirables don't know. In the end, Monarchial humor is all about being a sycophant in a system of concentrated power.

Under the republic things are different, says De Stael. The most effective comedy will be that which takes aims at those who commit social ills. In such a system, the comedian is a social critic, ever on the lookout for the abuse of power. Such comedy will be very much of the moment, and may not age well -- think of Lenny Bruce killing, just killing, with material that doesn't go anywhere now. (One weird corollary of the view, I might add, is this: should all social problems be solved, there'd be nothing left to laugh at. Utopia would not be a funny place).

So what happened when Colbert laid down some savage comic hoo-hah at the Correspondents' Dinner? I'll tell you what happened, peeps: the assembled correspondents, politicos, pundits and beltway barnacles were expecting monarchial humor, and got slapped upside the head with the comedy of a republic. Let's break it down, shall we, class?

1. The White House Correspondents and Suchlike Insider Rabble Have Developed a Taste for Monarchial Humor

Michael Scherer nailed this in Salon, when he wrote about how Wahington press and political types prefer, and have come to expect, "insider jokes that drop lots of names and enforce everyone's clubby self-satisfaction" such as "Did you hear the one about John Boehner at the tanning salon or Duke Cunningham playing poker at the Watergate?" It makes sense that they'd like this sort of thing, especially at their annual shindig. Even as it pretends to poke fun at them, this kind of comedy flatters their sense of insiderdom, their in-the-loop proximity to power. Give a feeling like that to a pack of journalists who spend their time chasing around the self-important stuffed shirts of Washington (you know, guys with real power), and you're doling out free doses of a powerful drug, baby.

2. The Correspondents Expected This, But Colbert Gave Then the Comedy of a Republic

I don't think I need to even cite examples here. But I want to, oh, how I want to. So here's one, delivered in Colbert's deadpan, fake-FoX News right-wingnutty persona:

I stand by this man. I stand by this man because he stands for things. Not only for things, he stands on things. Things like aircraft carriers and rubble, and recently flooded city squares. And that sends a strong message that no matter what happens to America, she will always rebound with the most powerfully staged photo ops in the world.

So okay, it was clear enough that Colbert made political wrongs,

not personal foibles, the object of his humor. He did this to such an extent that some members of the affronted journalistic community have accused him of substituting partisanship for comedy. Which didn't happen, but when you're waiting to be flattered, and get skewered for your complicity with the regime, you're bound to be a bit miffed, and want to attack the comedian who flayed you on behalf of the citizenry. Of course, De Stael wouldn't be too sypathetic with the wounded journalistic egos. She'd recognize Colbert's brand of comedy as the very stuff of true patriotism.

I suppose it is fitting for the political hangers-on of a country with an increasingly imperial presidency to expect monarchial forms of comedy. But the republic's not dead yet, folks, and yukking it up in front of the visibly steamed emperor is a good way to prove it. Vive les entarteurs!

Oh yeah. I was informed today that, for reasons known only to themselves, the Illinois Arts Council has given me the state Literary Award. I kiddeth not. So I encourage you to celebrate wildly in the streets outside my lovely home -- it will help me slip unnoticed past the thronging papparazzi. 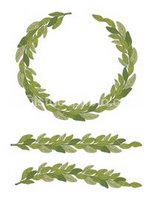 Posted by Archambeau at 3:08 PM No comments: