Private Faces in Public Places: The Lower East Side as Public Sphere 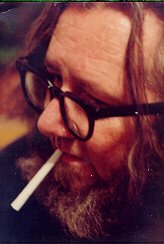 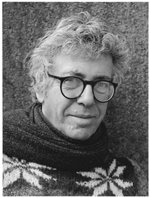 Rejoice, oh subscribers to The Nation magazine! Amid the usual depressing/outrage-inducing catalog of the
villainy, arrogance , venality, and miscellaneous atrocity of Bush's regime, we find full-scale reviews of the collected poems of both Ted Berrigan (by John Palatella) and Kenneth Koch (by Melanie Rehak).

Two things struck me from reading the reviews. First there was a very clear statement of something I'd intuited about Berrigan's sonnets, but never really articulated, even to myself.

Berrigan's sonnets ring serious changes on the traditional sonnet structure of an octave followed by a sestet. Influenced by Tristan Tzara's cut-ups, John Cage's chance compositions and the jarring polyphony of John Ashbery's second book, The Tennis Court Oath, Berrigan assembled his fourteen-liners according to various methods. Lines quarried from Berrigan's unpublished poems are worked into a sonnet according to strict formulas. Lines, phrases and shards of lines from sonnets early in the series reappear later in different permutations.

Berrigan's own words are collaged with language snatched from the work of other poets.... If [William Carlos] Williams considered the sonnet a Procrustean box, Berrigan turned it into a Rubik's Cube.

This is Ted Berrigan as a Barthesian scriptor (a role for the poet I've always found compelling, as I mumbled about in my last post). I suppose this is one reason why reading his sonnets en masse is so much more rewarding than reading one of them in isolation. Much of the pleasure comes in watching the same lines change in new contexts.

But the most interesting thing in the Berrigan and Koch reviews is the attention they draw to one the most distinctive stylistic markers of the New York School: the tendency to write publicly as if one were speaking privately, dropping names and making in-group allusions. I kind of like this (maybe because the need to footnote some of it pleaseth my elbow-patched academic soul), but people I know who don't

like New York School poetry often single this out as something to grumble about, and even people who like the New York School sometimes dislike it. Palatella quotes Ed Dorn, who felt that Berrigan's greatest shortcoming "was that his subject matter was limited to his friends, or circle."

This sense of New York School parochialism comes up again in Rehak's review of Koch, where she says that Koch, James Schuyler, John Ashbery and Frank O'Hara constituted a "merry band," or a "little cosmos" of their own. You get this in the stories of their lives, but the thing that throws some people for a loop (and delights others) is the way this sense of a little cosmos finds its way into the poems. I mean, it isn't hard to parody this part of NY School poetry, because we've all seen it so often:

The rain was falling on Larry's windows like fog but heavy,
Jane, but I was upstairs where you were painting
and rain doesn't come through the telephone,
except as noise, like you'd get at Ted's but that's downtown
and we're here where it's warm and Willem is on the way

So what's the deal on this, anyway? Here's a hypothesis. I think what bothers Dorn about Berrigan's version of the in-group name-droppery of the New York school is the way it short-circuits our expectations about how published writing communicates.

Ever since the development of subscription-based journals in the eighteenth century (you know, Habermas' classic public sphere), most of us have tended to think of published work as a venue where we, the readers, all encounter the writer on roughly equal terms. None of us are meant to be privileged as readers by virtue, say, our social position -- we read the published word and our ability to assess it is, we assume, meant to be based only on the power of our intellect. Theoretically, we all have access to the word equally. That's why it isn't usually a scandal when, say, a your uncle Ed says he disagrees with you, a PhD-wielding English Prof, about the interpretation of his favorite novel; and why it would be a scandal if you were to try to win the argument by saying "I must be right -- I'm a professor!" In the classical model of the public sphere, you are meant to demonstrate the superiority of your understanding through reason, not an invocation of authority or social positon. (Yeah, I know: the should be qualified in a hundred ways, and when articulated at book-length by Habermas it is. But I'm not out to defend Habermas, just to say that most readers and writers in our society operate on the basis of principles more-or-less like those described by Habermas).

In this context, many readers are going to be scandalized, or at any rate a bit irked, by a published book (an entity belonging to the public sphere) that seems to communicate more like a private letter or even (to use a NY School favorite metaphoe) a phone call. When the poem becomes difficult to read because of what seem like in-group shibboleths, such a reader feels a bit cheated. Even when the poem isn't made cryptic by in-group stuff, it seems at odds with public sphere norms just by virtue of seeming to appeal first to a small group of friends, and only secondly to a big, anonymous audience. This kind of poem is an anomaly in a publishing world whose norms are defined by the public sphere. 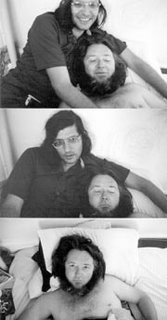 My guess is that this is one of the things Berrigan wanted, though of course he never sunk to the language of communications theory. But so much of his life was a deliberate rejection of bourgeois norms, I imagine his rejection of bourgeois published-communications norms was a part of his bohemian ethos. I mean, he rejected bourgeois materialism, bourgeois careerism, the bourgeois division of time into productive day and recreative night, even bourgeois bodily health, in his poete maudite role. He was every inch the bohemian -- modernity's anti-modernity invention -- and he'd enter the public sphere of publication only in order to short out its norms. Those post-card poems from near the end of his life are a real slap to the logic of our dominant publication system.

So, now that the internet has changed everything, do we still have those classical public sphere assumptions? Does it still seem wrong to drop names, as if only a close circle had a privileged status among your readers? What do you think, Josh? Henry? Eric? Kevin? Catherine? Mark? Joshua? Jeffrey? Steve? Simone? Natalia? Brian? The rain is falling on your windows like fog but heavy. But I'm upstairs where I've been writing and rain doesn't come through the internet.