The Aesthetically Poor and How They Got There 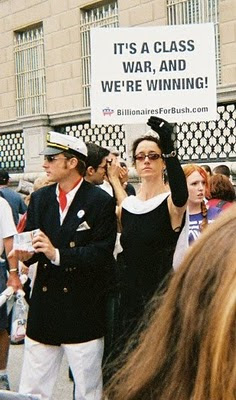 One of the more common arguments one hears, regarding the relative lack of popularity of one or another poet, is that said poet's work is "difficult." Such arguments are often followed by homiletics regarding the virtue or importance of difficulty. I should know: I've made them myself more times than I can remember.

I suppose it's because of this that I feel like posting a few paragraphs from the big-ass social history of aesthetic autonomy (with reference to poetry) that I've been plugging away on for a couple of years. Here's a passage where I'm talking about Arthur Henry Hallam's review of one of Tennyson's first books. Tennyson would go on to drop many of his relatively obscure symbolist tendencies and become the most popular English poet of his generation (or of any subsequent generation), but at the time Hallam wanted to defend obscurity. The attitude to the audience is, shall we say, interesting — and a kind of aesthetic mirror image of the free-marketeering, self-made-man ethos of the Victorian middle class.

Hey, I just study this stuff...

E.D.H. Johnson has argued, with regard to the Victorian poets, that “artists of their generation were the first to face the problem of communicating with a modern reading public little sensitive to the life of the imagination.” Arthur Henry Hallam, in his short life, was nevertheless among the first English poets to see the problem clearly. What to make of the relative unpopularity of highly skilled poets like the young Tennyson of Poems, Chiefly Lyrical? What could be done about the obscurity of those trafficking in difficult symbolism and indecisive negative capability, especially in a world where literacy of a basic sort was growing, and beginning to displace more elite forms of reading in the marketplace? Hallam phrases the question a little differently, claiming (in the manner of the Wordsworth of the “Preface” to Lyrical Ballads) a special sensitivity for the poets: “how should they be popular,” Hallam asks, “whose senses told them a richer and ampler tale than most men could understand, and who constantly expressed, because they constantly felt, sentiments of exquisite pleasure or pain, which most men were not permitted to experience?”. His answer begins with a gesture of conciliation toward the advocates of a socially engaged art: “Undoubtably the true poet addresses himself, in all his conceptions, to the common nature of us all,” says Hallam, for “art is a lofty tree, and may shoot up far beyond our grasp, but its roots are in daily life and experience.” In the end, though, the responsibility of bridging the gap between the difficult poet and the bewildered public lies with the reader, not the poet. Apprehending the wholeness and harmony of the organic form of aesthetic works is, quite simply, hard work. Readers have the potential to grasp refined aesthetic pleasures, if only, says Hallam (sounding as Victorian as a Victorian should) they would, through diligent work, make themselves worthy of such pleasures:

…since the emotions of the poet, during composition, follow a regular law of association, it follows that to accompany their progress up to the harmonious prospect of the whole, and to perceive the proper dependence of every step on that which it preceded, it is absolutely necessary to start from the same point, i.e., clearly to apprehend that leading sentiment in the poet’s mind, by their conformity to which the host of suggestions are arranged. Now this requisite exertion is not willingly made by the large majority of readers.

The aesthetically poor are poor, it seems, because they are lazy.