For the Fourth, Blas de Otero 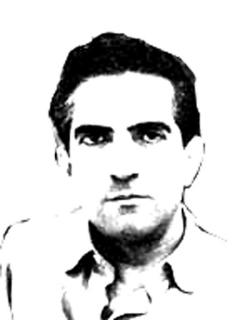 When, in the early nineties, I translated this poem by the mid-century Spanish poet Blas de Otero, it seemed to come from another world. Now, as the Fourth of July flags flutter in a country where reporters can be forced out of their jobs for criticizing the regime, where politicians order prisoners held indefinetely without trial, where elections are manipulated by the ruling party, Otero's world looks, sadly, more familiar. One wonders: was it for this that the American people struggled? Was this what Jefferson and Franklin had in mind? It may be banal to say this, but, very sadly, it needs saying: to love this country means to criticize corruption and incompetance at the highest levels.

Blas de Otero's poem is called "Que Cado Uno Aporte Lo Que Sepa." I've translated it as "From Each According to What He Knows" (this version is in my book Home and Variations):

From Each According to What He Knows

and also a continent like Europe,
always split or wounded or crying horribly.

Some words distrub us, you and me,
"treaty," "theater of operations,"

"end of major fighting," "nothing serious,"
and others too.

But people, they believe all that,
hang bunting, run flags from the windows,

It happens, I've seen them myself,
all Easter hats and roses.

In '39 they called the poor men out to Mass,
pulled fuses from a few bombs,

and set off fireworks along the water:
at it again.

After, I heard voices in the next room,
a woman screaming, mad and awful.

We knew,
we knew more than enough.

Posted by Archambeau at 8:54 AM