Tragicomedy and the Politics of Poetry 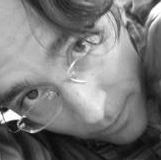 Of all the responses I've received to "Poetry, Politics, and Leanings-Left", Mark Yakich's has been the most interesting. Mark's been kind enough to let me post it here:

I just read your essay in Poetry and you raise some important points. I think there are two that you don't mention, however, and they are the two responses (to my mind) contemporary poets favor: 1) using essentially nonfiction or oral history as witness; 2) using comedy or tragicomedy to subvert/engage the otherwise overly earnest dialogue of politics in "the world"/"society." There is the third way, the one [Joshua] Clover takes, though as you rightly point out it doesn't seem to engage in any overtly political way to the politic processes of the day, and (again to my mind) is much the same as the ole LANGUAGE poetry strategy which sought, as you know, to subvert syntax and grammar as as way of subverting the hegemony in the culture at large (a project, I would argue, that sounds nice but does little on the actual political stage).

To get back to my two points. The historical example of #1 above is Reznikoff's Holocaust, or his Testimony. A recent example of #1 is Ray McDaniel's series "Convention Centers of the World" (in Saltwater Empire) in which he uses the actual language of people who were in the Convention Center and Superdome in New Orleans. In talking with Ray, he told me that this was the only way he had of engaging the events — through the witnesses. Now, I think #1 is fine and of course reasonable and worthwhile; the problem I have is that nonfiction can do more in this regard (a good report on TV's 60 Minutes, say, or a film by Spike Lee) than poetry of oral reporting. The other problem, as Primo Levi pointed out, is that the only true witness is the dead witness — the ones who survive are one step removed from witnessing the horror of a tragedy. Levi takes an extreme position, one might argue, but he did live through a concentration camp, so who's going to argue with him?

To my main point: I believe that #2 above is an area that contemporary poets have largely failed to explore and exploit. Comedy and tragicomedy (as in Waiting for Godot, Slaughterhouse Five, Life is Beautiful, etc.) is doable in poetry, not just in film or fiction or stage). Again for me, outside of documentaries, I've always been most moved by tragicomic works, ever since first seeing Groucho Marx in Duck Soup and reading Slaughterhouse Five. There are a few poets who have worked in this vein, though they mostly get tossed off into some kind of "surrealistic" [sic] camp, and are mostly of the Latin American of East European variety. Tragicomedy (absurdity, if you like) in Central and Eastern Europe, as you well know, was the main strategy of subversion for decades. In the US, we didn't need as much of it of course because of our "free speech," and yet in the last eight years I feel that the only person pointing out the absurdity and engaging the politicos is Jon Stewart, with his Daily Show. This isn't news to anyone, I realize, but how come poets have been sitting around with their thumbs in their pieholes, debating "Oh, is poetry political or not? Should I or Shouldn't I? Oh, I'm so uncomfortable." For my bit, I tried in The Importance of Peeling Potatoes in Ukraine, to play the tragicomic card — perhaps a weak card to many poets or readers who take all humor to be patently unserious, but to me humor is the only thing to take seriously. In the words of Gabe Gudding, humor and comedy are not here to make you suffer better or more (as a great deal of earnest, protest, or memorial poems are meant to do) but they are to help you endure.

In other news, over at Able Muse R.S. Gwynn's crowd are having quite a discussion of my post about him. Mostly they're not too happy about what I have to say (I understand). Gwynn got in touch too, first threatening to kick my ass at the AWP (I'd mentioned that, given the content of the post, he more-or-less had the right to take a swing at me), and then letting on that he was joking about the impending ass-whupping, saying that he had enjoyed the discussion. A hell of a good sport, really.

Posted by Archambeau at 2:55 PM No comments: