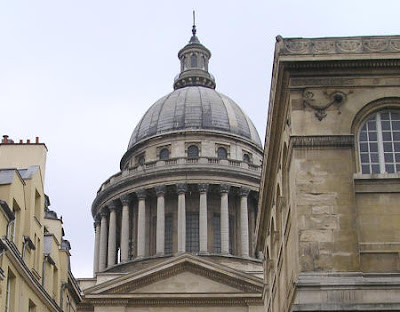 Posterity deals some strange cards to the dead poets. Consider e.e. cummings — someone as lighthearted and playful as he was would probably cringe at having become the poet most often used to torment reluctant students in ninth-grade classrooms across America. Or, at the other end of the light-hearted/heavy-hearted continuum, consider Paul Celan. His gnomic, cryptic poetry and his status as a Holocaust survivor color our interpretations of his 1970 suicide by drowning, often making it into a statement about the inadequacies of language to the horrors of experience. Celan becomes a kind of larger-than-life figure, less a man who lived and suffered in dark times than an icon, a kind of literary saint, or a marble statue in the soft and saddened shadows of a hushed and somber shrine. You get some of the flavor of this from the title of John Felstiner's (generally excellent) biography of Celan: Paul Celan: Poet, Survivor, Jew. Here, Celan the individual fades, and he becomes a representative, standing for all poets, all survivors, all Jews. It's a heavy load to lay on Celan's shoulders, and it's a load that the French poet Jean Daive does his best to lighten in Under the Dome: Walks with Paul Celan, originally published in 1996 and newly translated into English by Rosmarie Waldrop.

Daive's book is one of those genre-defying works the world needs more of: part notebook, part memoir, part literary essay, it gives us Daive's experience of Celan's works, and of Celan's company, often during the walks the two took together in the St. Germain and Latin Quarter districts of Paris — the dome of the title must, I think, be the dome of the Panthéon that towers on a hilltop over these neighborhoods. I'm not even halfway through it (I received a copy in the mail yesterday, and started reading it this morning), but I'm enthusiastic enough I feel the need to say something about it right away, and I think I see what Daive is up to. He's trying to give us an intimate portrait of Celan the man, not a hagiographic image of Celan as the triply-iconic "Poet, Survivor, Jew" we get in Felstiner's book. This is not to say that Daive doesn't see Celan in all of these roles, just that he's out to honor the memory of an individual he knew as an individual, rather than to burnish the statue we've placed in the shrine of Celan.

Much of Under the Dome is written in the form of short observations, juxtaposed without any seeming order. But this notebook quality is a bit deceptive, and as one reads one begins to see the highly composed nature of Daive's book: passages repeat, with variations, certain images come up again and again in different contexts, and sometimes two passages are spliced together, creating a new resonance between the two observations. Here, for example, is one of the images that Daive uses to humanize Celan:

Avenue Emile-Zola: the empty apartment he has occupied for a week now. In the bathroom he bends over the tub, dips his left hand in the water: underwear floats up. Laundry. "You'll excuse my finishing the laundry?" With his smile.

We need an image of Celan like this one, I think, to remind us that the legend was also someone who lived day to day. But the genius of Daive's approach is to bring images like this back later, and combine them with the mythic moments in Celan's life, as he does a few pages after the laundry episode:

The brutal shock of his disappearance. I "see" the jump into the Seine. I can see it. And I see again his laundry soaking in the tub Avenue Emile-Zola, his hands stirring the soapy water. With elegance and determination.

We get the legend, and we get the man, and the two images are bound together by the visual rhyme of the body lost in the Seine and the water immersed in the tub. As the reference to Celan's everyday elegance and determination makes plain, this isn't simply a matter of deflation, of bringing the icon down. It's a matter of respecting the reality of the man, and not losing him in the bright glare of legend.

Celan's work is much-mystified, but Daive, who knows the Celan canon better than almost anyone, offers what seems to me like very good common-sense advice about reading Celan. Here, for example, is a passage I wish I'd read before going to a gathering of Chicago poets intent on reading Celan together a couple of years back:

All the words are composites. The second term always the most important. The verb is tied to the second term. There is a vertical sense.

Paul Celan chews a word like a stone. All day long. It produces word-energy. It all goes into the energy of his composite words. Here we have his biography.

Paul Celan invites the reader to travel inside the word (voyage, labyrinth).

On the on hand, the composite noun — on the other, no verb is given. Paul Celan does not give the verb.

Absence of the verb: the verb is absorbed into the energy of the composite noun.

To recollect a Sunday we spent together. Took the bus as far as the Opéra. The Saint-Lazarre area. The theater. Then went into a café where Paul notices a woman sitting among the crowd. Her face drawn. Pale. He falls back, as if frightened. Pushes me. We rush out. In the street he tells me "Her face reminded me of a friend who died."

High alert during all our encounters.

One could imagine a different kind of poet offering a very different reason for rushing out of a café at the sight of a woman (indeed, I've been with such a poet more than once, fleeing a bar or coffee joint to avoid the fallout from his ill-advised romantic entanglements). But Celan is not a poet haunted by eros: he's a poet haunted by ghosts, by the voices of the dead, and here we see how this has left him permanently on-edge and raw-nerved in a world that too-constantly reminds him of the enormity of his losses. Literary criticism often approaches Celan's sufferings in terms of the debate with Adorno about whether there can be poetry after Auschwitz. Daive gives us a much less abstract, much more palpable sense of the damage that had been done to Celan. We don't get Celan as a chapter in the history of literary thought, here. Daive's gift to us is the presence of the man himself. 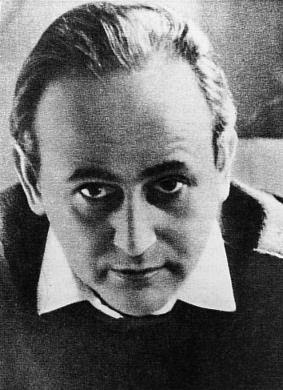